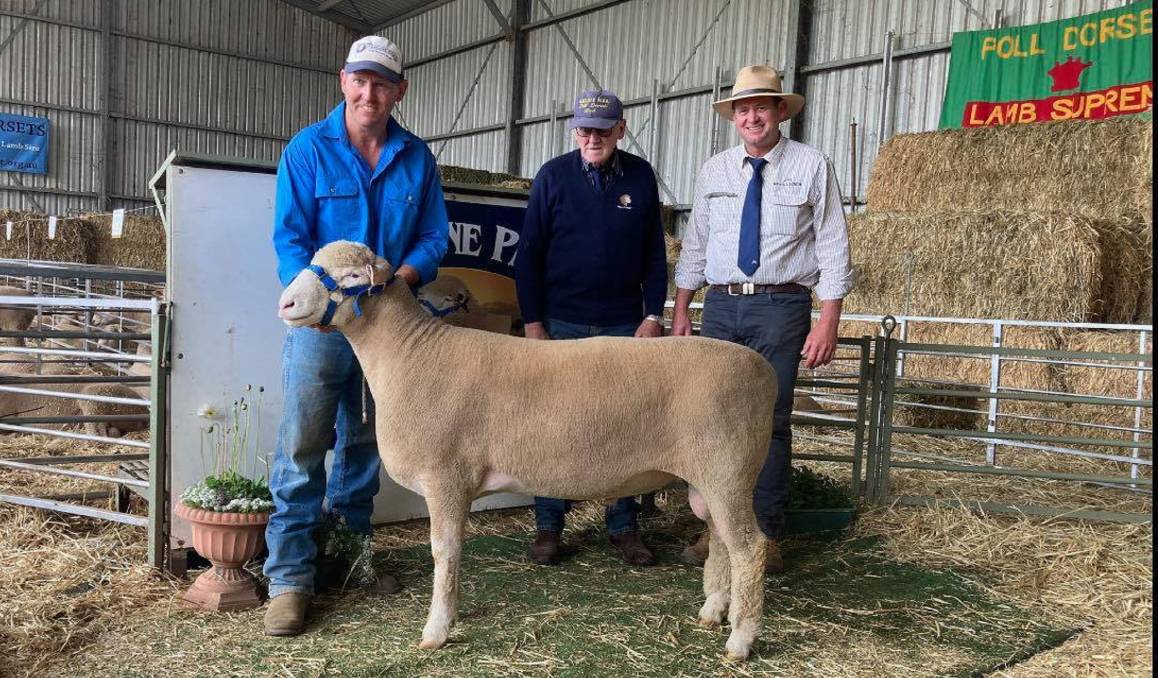 An additional 10 Poll Dorset ewes were offered and sold to $1600, marking a 100 per cent clearance for the stud.

First in the draft and setting the pace was AP 51-20, which sold for an on-property record of $7400 to longtime clients the Yerbury family, Mabury stud, Temora.

He also had a Terminal Carcase Production Index of 129.7.

A client of Abelene Park stud for more than a decade, Mal Yerbury sells 150 Poll Dorset flock rams each year.

He said the high-seller would suit his operations very well.

Vendor Marshall Douglas said the ram was the first placed junior woolly ram at the 2021 NSW Dorset Championships and combined size, length and cleanness with structure and topline.

He also had a Terminal Carcase Production Index of 127.6.

Among the buying outfit were the Lawrence family, Canowindra, who purchased two stud rams at $5400 each and Clyde Davidson, Woolbrook, who purchased the top flock ram, AP 35 for $3400, to join a draft of two others, averaging $3000.

The sale was conducted by McCulloch Agencies, Tamworth.