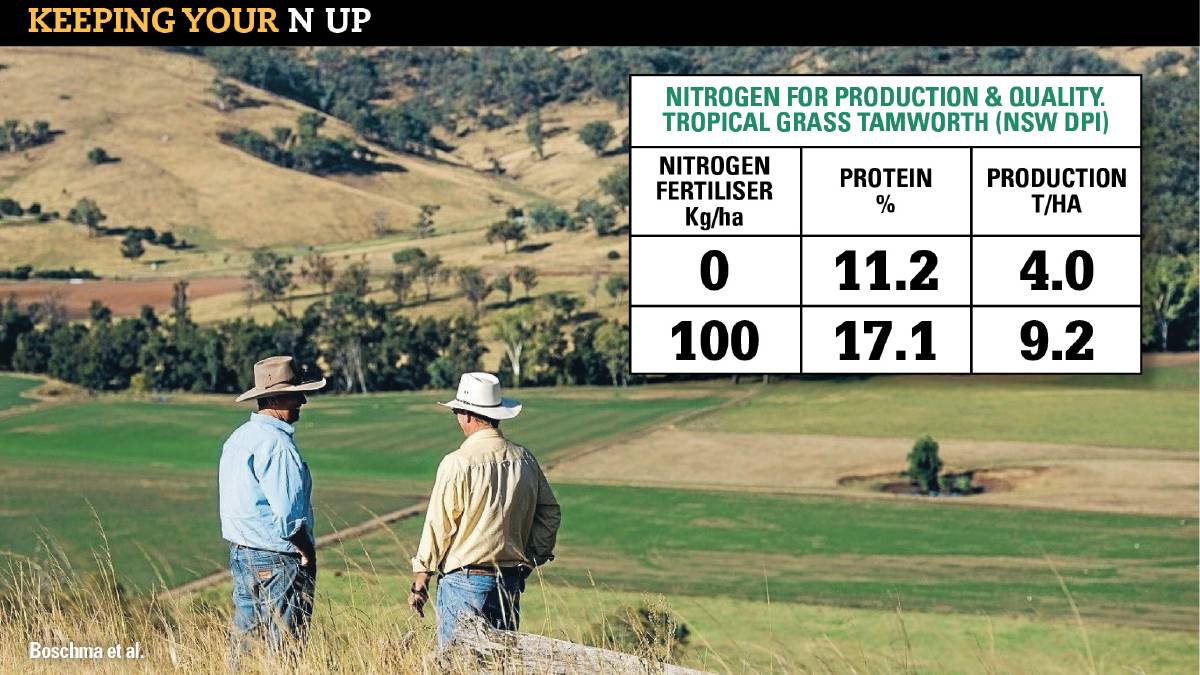 Perennial grass pastures not maintained in good soil fertility are generally low in production, low in quality and likely to gradually decline in carbon.

This research was published in CSIRO journal Soil Research, "The Brigalow Catchment Study: Clearing and burning brigalow in Qld, temporarily increases surface soil fertility prior to nutrient decline under cropping or grazing". Authors were Craig Thornton and colleagues, Department of Natural Resources, Mines and Energy.

Researchers Dr Suzanne Boschma and Dr Sean Murphy and colleagues lead these studies. Other aspects of the research also stress the importance of correct variety selection.

One aspect of the research, highlighted at a recent North West LLS and DPI pasture seminar, was the benefit of high nitrogen fertility, not only for production but for feed quality.

By April 2020 protein levels for 100 kg/ha nitrogen were 17.1 percent versus 11.2 percent for low nitrogen (nil fertiliser) and in May they were 16.8 versus 9.9 percent. Such quality differences, at each sample time would generally result in big differences in animal performance, especially for growing stock.

High soil nitrogen can be achieved via companion legumes, or nitrogen fertiliser, or a combination of both.

For example in our farm's situation, we sometimes grow around 3.0 to 5.0 t/ha legume drymatter.

This was achieved in years like 2016 and 2020 with Premier digit areas of mainly lighter acidic soils via legumes serradella, biserrula and sub clover.

Nitrogen fixed via rhizobia bacteria typically is around 20 kg/ha per 1.0 t/ha legume drymatter, or in this example 60 to 100 kg/ha nitrogen.

In other years, such as the drought ones of 2017, 2018 and 2019 very little nitrogen was fixed via the legume component of the perennial grass pasture. In these years we applied 100 kg/ha urea (almost 50 kg/ha nitrogen) to help maintain good soil nitrogen levels.

Our example supports the economics of applying nitrogen when required with gains not only including greater pasture production but greater steer growth rates, without supplementation of 1.0 kg/head day, and sometimes more.

As with crops, efficient use of nitrogen fertiliser is dependent on soils not being deficient in other elements like phosphorus and sulphur.

University of New England studies for example have confirmed tropical grasses like Premier digit grass are as responsive to soil phosphorus correction as are cereal crops like wheat. 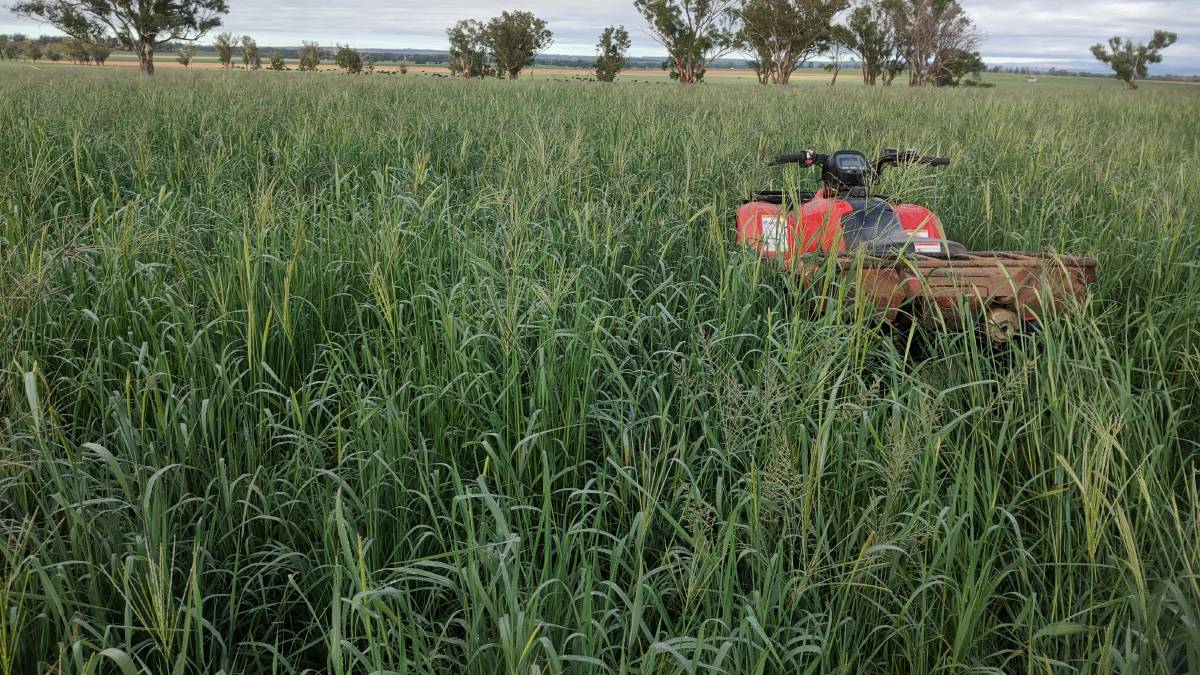 Back to soil carbon, via increasing soil organic matter.

Perhaps one of the most valuable studies showing the importance of high soil fertility in a tropical perennial grass pasture is the study undertaken by Dr Rob Banks.

His PhD thesis measured, in a Boggabri study on duplex soils, organic carbon increased from 58 t/ha on native unimproved pasture to 84 t/ha on pasture with tropical grass, winter legume, plus soil phosphorus and sulphur deficiency corrected via superphosphate.

Next week: Triticale has a growing role in dual purpose production.