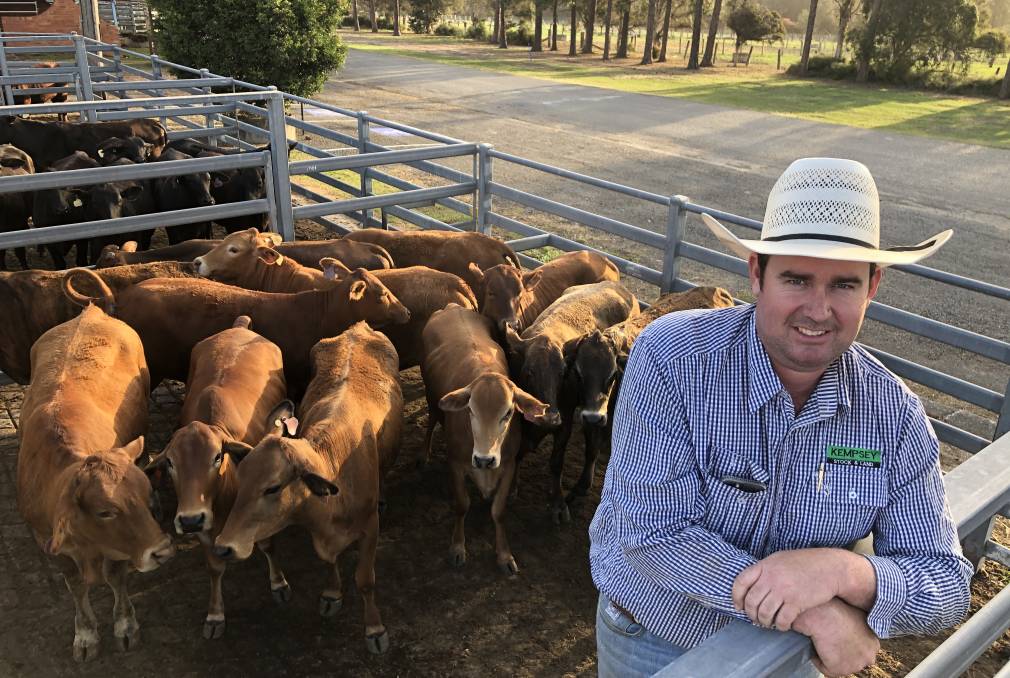 Coast producers who have battled the full gamut of Mother Nature's fury are now hitting the market ready to restock their rested country.

COASTAL producers who have battled the full gamut of Mother Nature's fury are now hitting the market ready to restock their rested country.

This increased competition meant cows with calves sold to a top of $3700 a unit at Kempsey Regional Saleyards on Saturday.

Leigh Thorpe from East Kempsey sold the a top pen of Brangus cows with calves to Ross McManus of Pola Creek.

"Producers have gone through dry times, fires and floods and now the season has started to break they are starting to restock," Laurie Argue from Kempsey Stock and Land said.

"There was strong competition as many people have been able to convert calves into females especially with a snip of rain on the horizon.

"And while cows and calves are a lot per unit there is a reasonably quick turn around."

There were 500 head that went under the hammer at Kempsey Stock and Land's store and breeder sale in which there were 160 units that sold to an average of $2780.

A feature of the sale was the dispersal of Gus Munroe of Macksville who sold 39 Limousin-cross cows with calves for between $2500 and $3400.

They went mostly to local buyers and to Heart Rural Agencies.

A pen of four Santa Gertrudis-cross heifers red tagged pregnancy-tested-in-calf (PTIC) sold to a top of $2780 a head to the Parker Family of Kinchela.

The Parker family, who are new to the region, bought 24 cows in total from a local vendor.

Other highlights included 110 steers that recorded a top of $1790 for a Charolais yearling steer owned by Jim Bright that was sold to a commission buyer.

A pen of three Angus yearling steers were sold by Brett Pfeiffer from Hastings for $1760.