The ATV is manufactured by CFMoto and debuted on the Australian market in mid-2020.

"The more people use this product, the more they start to fall in love with it."

When you walk around the 625, it's clear rider safety and comfort were top of mind during the design process.

The ATV is manufactured by Chinese company CFMoto and debuted on the Australian market in mid-2020.

Mojo Motorcycles is the Australian importer of CFMoto products and according to Mr Ridden, the CForce 625 has "really transformed a lot of things we do in the bigger cc segment". The 625 has a 580cc single-cylinder fuel-injected engine and metrics are easy to keep track of thanks to the digital dashboard.

Mr Ridden said they were very conscious of keeping 'everything running cool' during scorching Australian summers.

The engine is liquid-cooled and air gaps in the footwells have been closed up to ensure radiant heat is pushed out the back and not onto the driver.

The bike really proves itself over sloping terrain. Its downward assist kicks in quickly in both low and high range when you start descending and sturdy 25-inch CST six-ply tyres ensure the driver feels grounded at all times. 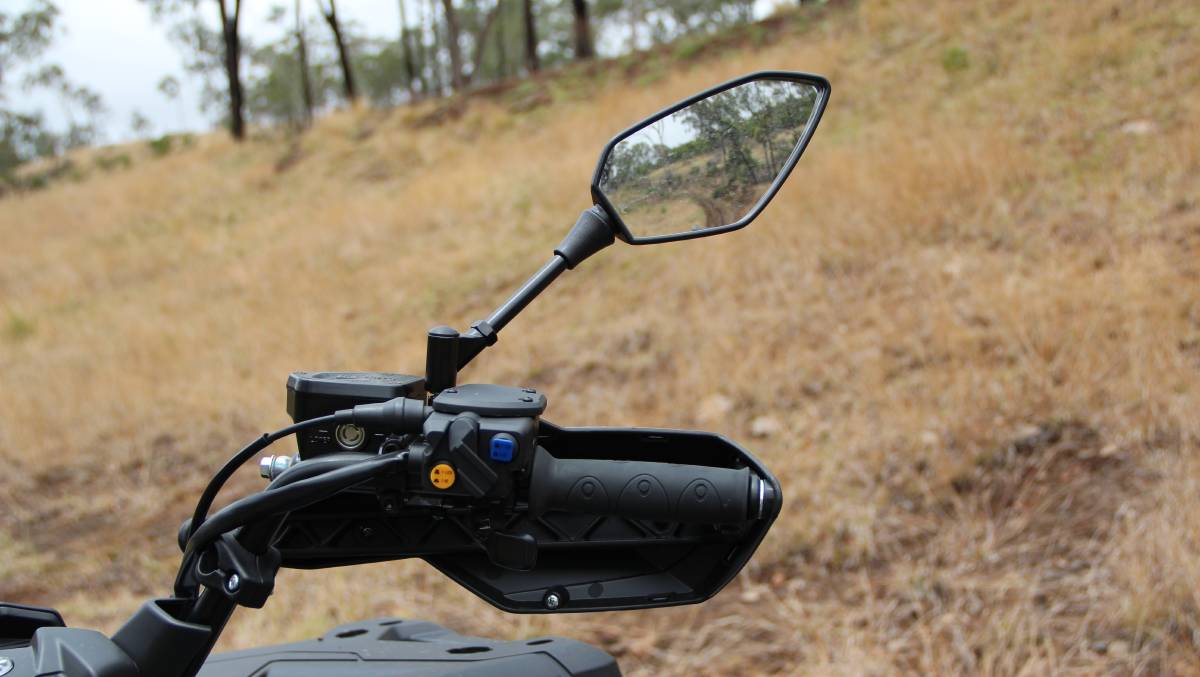 The CForce 625 has a push button locking front differential and selectable two- and four-wheel drive.

The driver is always in control thanks to a single lever braking system on the right handlebar and a traditional foot brake.

But the bike still manages to feel nimble and has a turning circle of 7.25 metres. It is easy to manoeuvre over small washouts and through tight, rocky sections thanks to an electronic power steering system that comes as standard.

CFMoto have increased the ground clearance on the CForce 625.

The 625 adheres to the requirements outlined in stage two of the Quad Bike Safety Standard, which became mandatory on Monday.

All bikes are fitted with a Quadbar operator protection device manufactured by Queensland-based company QB Industries.

A custom-made mount has been designed to suit CFMoto models and the OPD bolts in underneath the carry rack and to the towbar.

Mr Ridden said talk over OPDs was a good thing but in his opinion, it is the often less talked about stability requirements that are of great importance.

"One of the real features that I think people are losing track of, there's also a stability requirement of side lateral roll and forward and backwards angles that the bikes have to meet as a minimum standard," Mr Ridden said.

"And that standard never existed. Essentially, a bike could have rolled on a 5 degree angle before and there was no law to say that was safe or not, now there is."

The minimum standard for lateral stability is 28.81 degrees which the 625 'blows out of the water' with a figure of 31.1 degrees. A number of features are easily accessible from the left handlebar including a kill switch, the winch control, indicators and hazard lights.

Other safety features include a kill switch on the left handlebar and lockable gear shift selector.

The bike will not start when the kill switch is activated, preventing unsupervised riders from trying to use the machine.

The ability to lock the gear shift when the bike is in park and fend off thieves trying to roll it away is another plus.

A tow package is standard and the 625 has a towing capacity of 350kg.

The story Take a look at the 'transformative' CForce 625 first appeared on Farm Online.