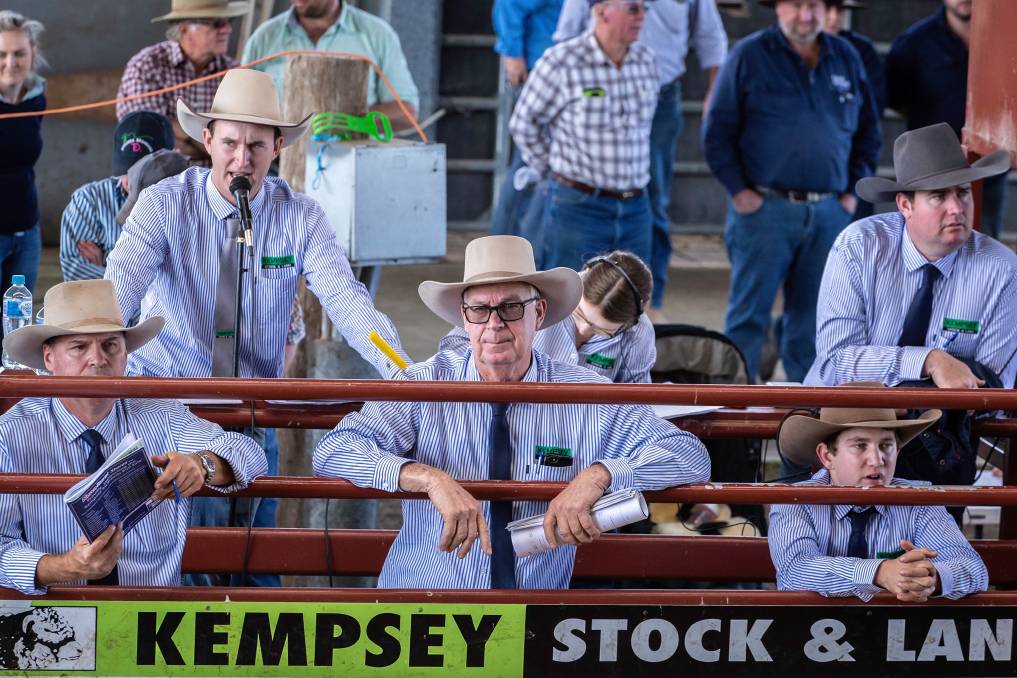 A new saleyard record was set at the Kempsey saleyards last Thursday during the annual spring steer and bullock sale. Photo: Supplied

A new saleyard record was set at the spring steer and bullock sale.

A draft of Euro-cross weaner steers offered by Lance Searle, Clybucca, sold for 964.2c/kg to Victorian-based restockers, setting a new saleyard record in the process.

"The majority of steers weighing under 200kg made from 800-900ckg," Mr McGoldrick said.

"There was some good quality steers in the 300-350kg category, in fact they were very strong and made well into the 600c/kg zone."

Recent wet weather had prevented some vendors from entering cattle in the sale. However, about 900 head were still up for bids as strong competition from restockers from across the state helping drive up prices.

"Historically, at this time of year we normally get strong demand from backgrounders across the Northern Tablelands, but given the year is going well across the state there is more competition," Mr McGoldrick said.

"Prices were really strong, it was actually quite remarkable and a really pleasing result for a lot of producers still recovering from a couple of tough years."

"I think every category was pretty strong and the competition from right across the state and beyond helped with that," Mr McGoldrick said.

"This sale is always really highly anticipated and this year did not disappoint."

The sale was conducted by Kempsey Stock and Land.