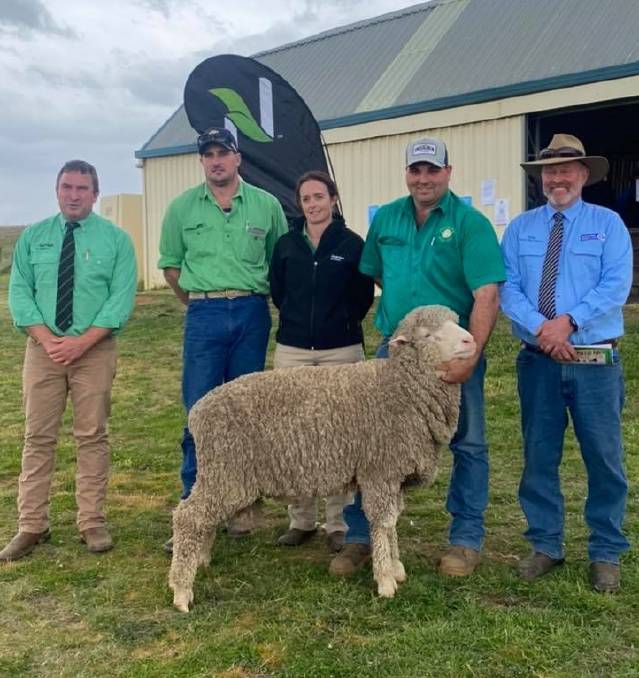 Longterm clients of the Greenland Merino stud, Bungarby, lifted the average price paid by $613 when John and Jenny Alcock and their son Greg and daughter-in-law Nikki offered 80 rams for the annual on-property sale.

The reputation of the Monaro-bred Merino and Poll Merino rams to produce heavy fleeces with soft handle and fine micron meant the sale realised a top price of $8000 and average of $2738.

The second top priced ram at $6500 went to Kevin and Andrew Harvey of Invaloch Pastoral Co. Strathdownie, Vic who bought seven rams through Auctions Plus for an average of $4428.

They are repeat buyers for over 30 years.

Richard Blyton of Skyline Stud Nimmitabel, bought two rams with top of $5500 for an average of $4250.

The sale was conducted by Nutrien, Bombala, and Schute Bell Badgery Lumby, Cooma, with Tim Woodham (Nutrien) taking the bids and was interfaced with AuctionsPlus.