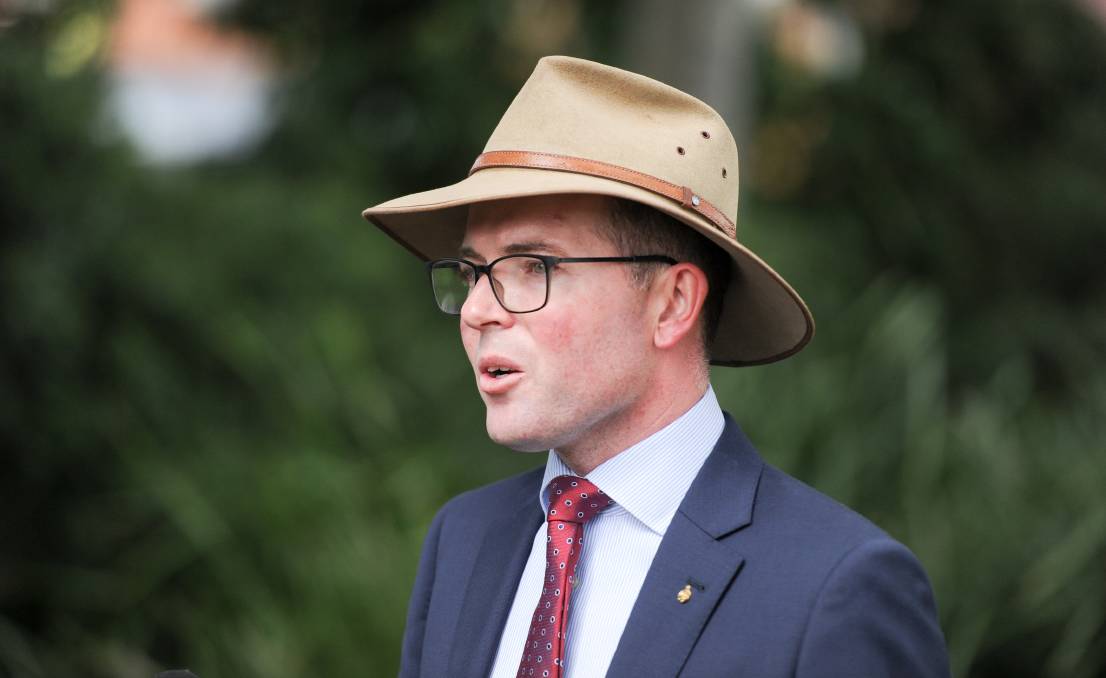 NSW Agriculture Minister Adam Marshall is seeking assurances from the federal government that ag workers will be allowed into NSW without quarantining.

The call comes ahead of the East Coast Labour Taskforce's meeting on Friday.

AGRICULTURE'S ongoing labour shortage will be atop the agenda when the East Coast Labour Taskforce meets on Friday.

Made up of all the agriculture ministers from NSW, Queensland and Victoria, as well as representatives of the industry's peak bodies, the shortfall of 10,000 workers ahead of what is expected to be a bumper harvest will dominate conversation.

The meeting comes after NSW Premier Dominic Perrottet announced last Friday that fully vaccinated overseas travellers would not have to quarantine upon entering NSW, only for Prime Minister Scott Morrison to muddy the waters later that day by saying only approved travellers would be allowed to skip quarantine.

"There has been a lot of talk about introducing on-farm quarantine for ag workers and we have gone a step better and got rid of quarantine altogether," Mr Marshall said.

The Northern Tablelands MP said as part of his correspondence with the federal government, he would be seeking assurances agricultural workers would be allowed into NSW without having to quarantine.

"I want a cast-iron guarantee from the Commonwealth that they will continue to approve every single application the industry makes to bring foreign ag workers into NSW," Mr Marshall said.

"The state government has removed every single barrier and I want to make sure the federal government, which at the drop of a hat likes to bash the state governments, actually live up to their end of the bargain and not restrict the approval of visas."

NSW Farmers president James Jackson said producers had been "left shaking our heads" over the confusion the issue had caused.

"Plants ready for harvest don't care about political finger-pointing or vaccination rates; our farmers desperately need workers and this is just another barrier to getting the help they need," Mr Jackson said.

"Both the state and federal governments urgently need to sit down and sort this out, so we can get on with the job of harvesting our crops and helping rebuild the economy."

Also high on the taskforce's agenda will be giving certainty to workers looking to cross the border between NSW and Queensland during harvest.

This included allowing travellers from hotspot areas to come into the sunshine state, provided they were fully vaccinated, once the state hits the 80 per cent double vaccination mark, which is expected to be around December 17.

"We need to make sure in accordance with the agricultural workers code, which was signed by every state government, that border closures don't impact the free movement of the workforce," Mr Marshall said.

"It will certainly be discussed at this Friday's meeting and we will be exploring what we can do to help give those workers, regardless of what job they do, more clarity."