North Star farmer Andrew Ostwald with a box of VB, a product that will be made using barley direct from his property.

Asahi continues to move towards sourcing barley direct from growers, unveiling a grower-direct purchasing scheme for its Yatala brewery.

ASAHI Beverages, the owner of Carlton and United Breweries, is moving to source barley for one of its major breweries on the Gold Coast directly from farmers to allow for more traceability within its supply chain.

Following a similar move with its Melbourne brewery, Asahi's Yatala facility will now be supplied with barley direct from barley producers in northern NSW, with the company being able to trace each load back to its original farm of origin.

It marks a growing movement within the brewing industry to be able to provide traceability information as part of the burgeoning 'paddock to pint' movement.

Initially it was primarily the domain of craft brewers, such as Armidale's Welder's Dog and maltsters, like the Riverina's Voyager Malt, but now malt barley traceability is firmly moving into the mainstream with initiatives such as the Asahi push.

Asahi has moved away from using bulk handlers to source its malt barley and is instead buying from a selected team of barley producers.

The changes at Yatala mean Asahi will now buy up to 40,000 tonnes of barley direct from NSW every year to supply the Yatala brewery.

Yatala's Brewing Manager Garry Menz said the direct purchase agreement allowed Asahi to trace its grain back to the farm where it was grown while also providing growers with a premium.

"Our brewing team can now track the barley from NSW farms while ensuring farmers get additional payments that otherwise would have gone to the bulk handlers," Mr Menz said. 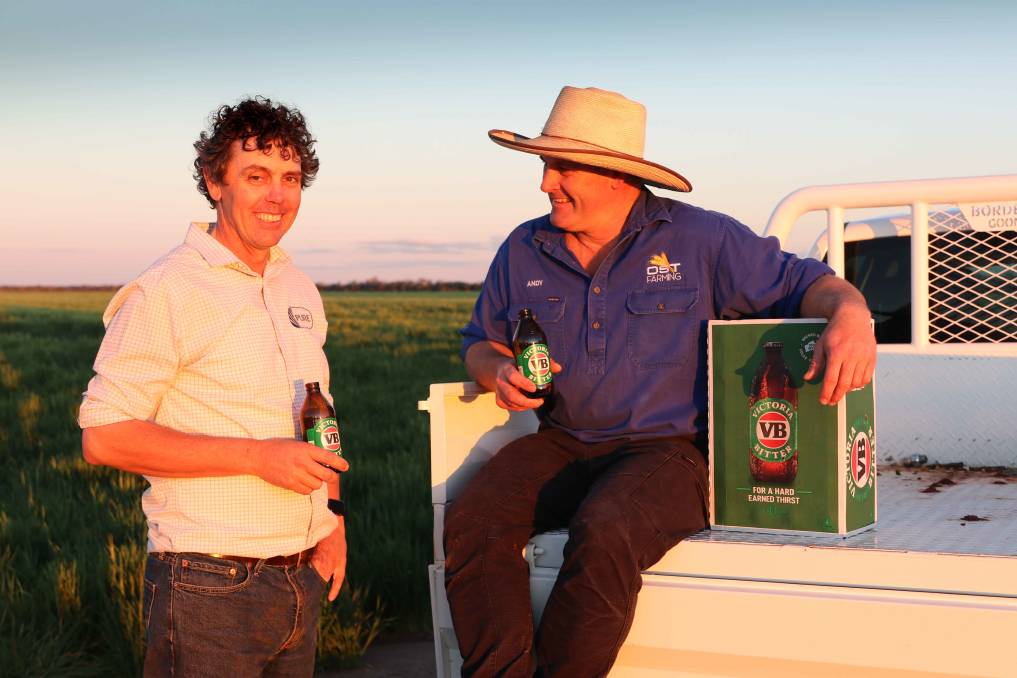 Seven NSW farmers have joined the program, with more expected to join next year.

North Star farmer Andrew Ostwald has signed up and his barley is now earmarked for use in one of Australia's most popular beers.

"The barley from my property will be used to brew Victoria Bitter that's enjoyed across Australia and beyond," Mr Ostwald said.

"The opportunity to tap into a direct deal with a brewing giant such as Asahi Beverages is an enormous leg up for Australian barley growers," he said.

"By simply removing a layer between the grower and the brewer we can then invest the financial gain into the long-term partnership with Asahi."

"Our relationship across the brewing industry from farmer, maltster and brewer is unique within the Australian grains industry," Mr Tighe said.

"An agreement such as this creates a more resilient farming process. By working with Asahi Beverages, we can improve farming productivity and lessen environmental impacts," he said.

Asahi's Victorian traceability scheme means more than 90pc of the barley used in Melbourne is direct from growers.

There are also plans to expand the program to Asahi Beverages' smaller breweries such as Cascade in Hobart.