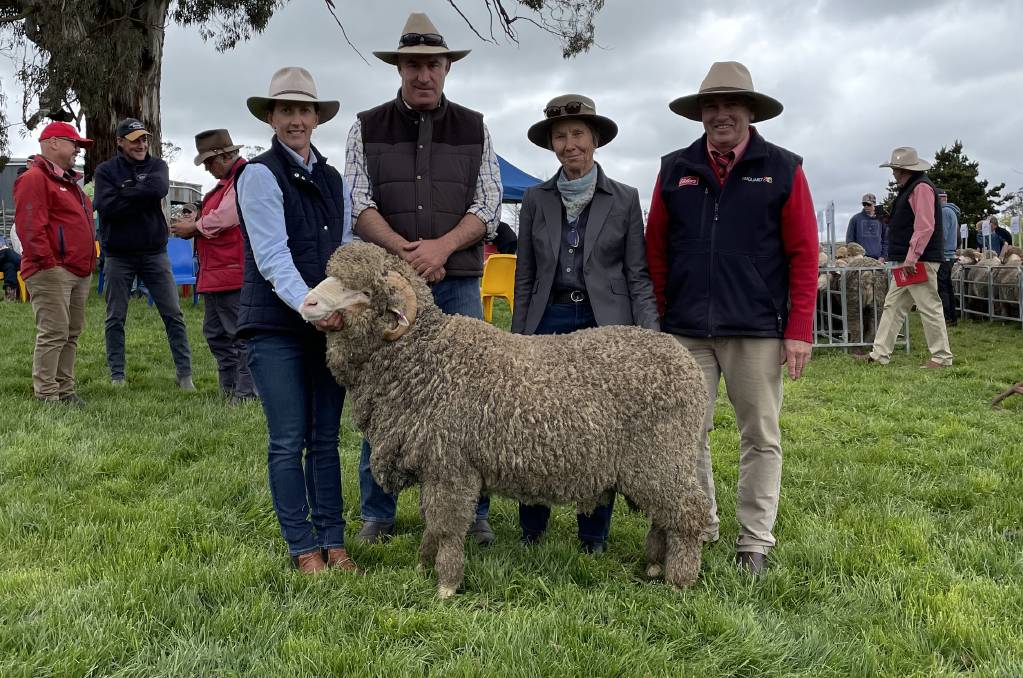 The demand for solid rams with big fleeces realised a total clearance for the King partnership with a top price of $7500 and sale average of $2818.75.

The emphasis, for Mr and Mrs King throughout their breeding program has been placed on wool quality, which must be stylish, well nourished, long-stapled with superior handle and measurements.

"We believe that this blend fine-medium wool, combined with high body and fleece weights is consistently most profitable," Mr King noted.

The top priced ram, a 110kg son of Langdene 181 was bought by Coleen McCoy, and her son Murray Jackson, Letompe Partnership, Ando.

"He has a very strong head and horn set, he stands well and is a good all-around sheep," Mrs McCoy said.

"We are cutting around six kg wool from our grown sheep, and earlier this year sold wether hoggets on AuctionsPlus for $162."

Mr Power noted the number of rams in the catalogue were sons of Y350, and he considered his purchase to be the most outstanding of an exemplary selection.

"It gave me confidence to buy this ram because of the success Simon has had with his sire," Mr Power said.

"The strike rate was good.

"This ram has terrific outlook and fleece coverage, with a great structure, and all his figures lined up.

"He really has a strong head and very soft mussel."

The sale was interfaced with AuctionsPlus and conducted by Cooma-based agencies Monaro Livestock and Property and Elders who settled the sale.