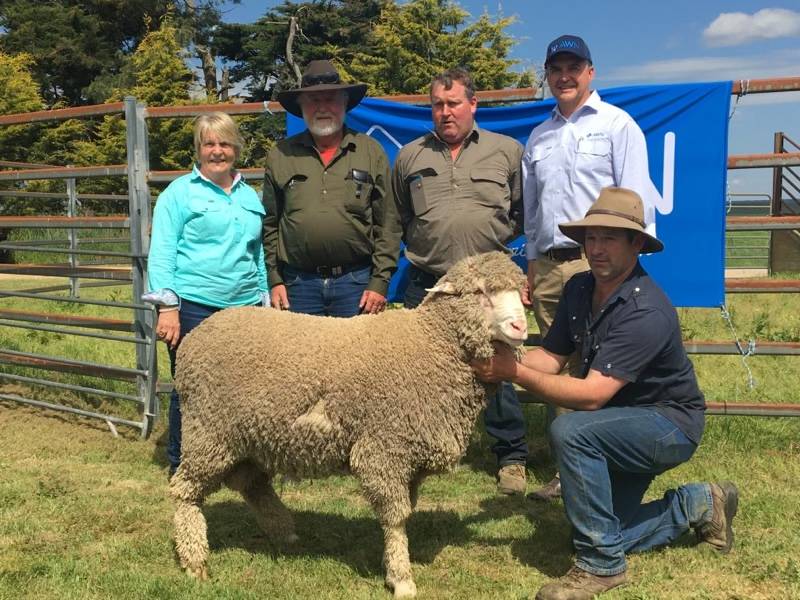 The McIntosh family of the Laggan-based Carrabungla Merino stud welcomed new and repeat buyers to their ram 21st annual on-property sale on Saturday.

The stud's focus on breeding sheep to suit the high rainfall and cold harsh winters were on display.

"The rams had bright white wool, averaging 18.4 in the micron and at 13 months of age were averaging 81 kilograms in body weight," he said.

Return clients of 20 years, the McDonald family of Aberdeen, Laggan, purchased two lots. The first of their pick was the top-priced ram which was purchased for $6750.

Sired by Carrabungla HDLB, he was a poll ram measuring 17.2 in the micron, 2.3 standard deviation, 99.8pc comfort factor, and weighing 79 kilograms.

Their second selection at $3500 was another Poll Merino sired by a Carrabungla Willandra cross.

Long-term clients GM and DF Hewitt of Wongalea, Binda, purchased two rams for $4250 and $3750, while John and Maree of Leighfern Pastoral Co also purchased two poll lots for $5250 and $3000.

Continuing the support from long-term repeat buyers was B and M Lowe of Pineville, Binda, who purchased eight rams to an average of $2156, and Marik Pastoral Co which purchased six rams to average of $1916.

New clients M and M Coggan of Breadalbane purchased six rams to an average of $2041.

The selling agents were Australian Wool Network with Geoff Rice as the auctioneer.