In the heart of Dorper country, the Cullinan family of Dust'N Rain Dorpers achieved new stud heights during their second annual sale. 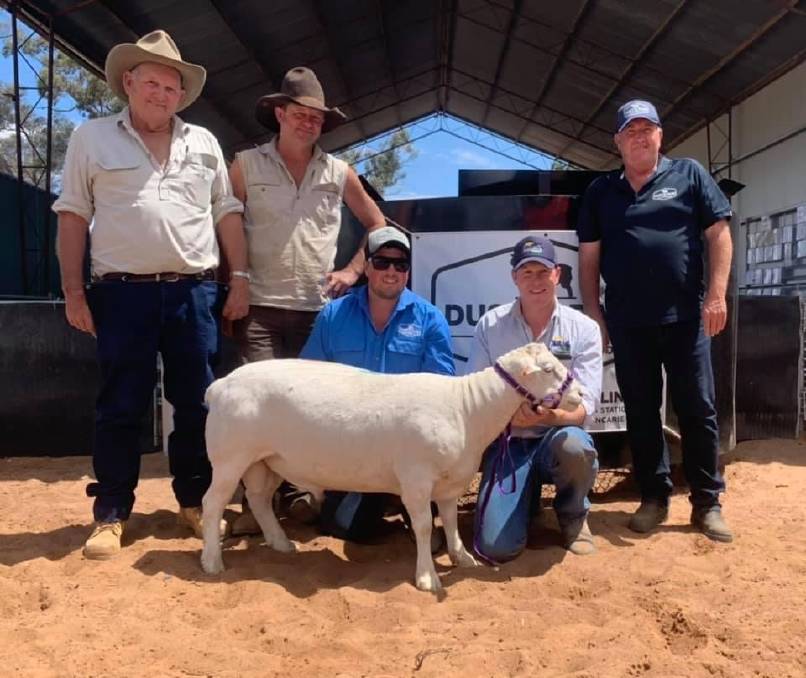 IN THE heart of Dorper country, the second annual Dust'N Rain Dorper and White Dorper ram sale was well supported by pastoral producers wanting to get their hands on quality sires to boost their bottom lines.

Held on October 18 at Carstairs Station 20 kilometres south of Pooncarrie, Gary and Stacey Cullinan and their family celebrated a 100 per cent clearance of 102 rams for a hefty $5281 average, up from $3791 in 2020.

A sale top price of $21,800 was achieved, which was up from the $5800 top last year showing the Cullinan's investment in leading genetics, keen eye for stock and attention to quality is paying dividends.

"We are very happy with the sale, probably still in shock," the Cullinans said.

The sale exceeded expectations as they had hoped to get the same average if not closer to the $4000 mark, which they did plus more.

RELATED READING: Waiting out the drought worth it at Pooncarie Dorper stud

ALSO IN NEWS:Nerves and excitement as harvest rolls-out 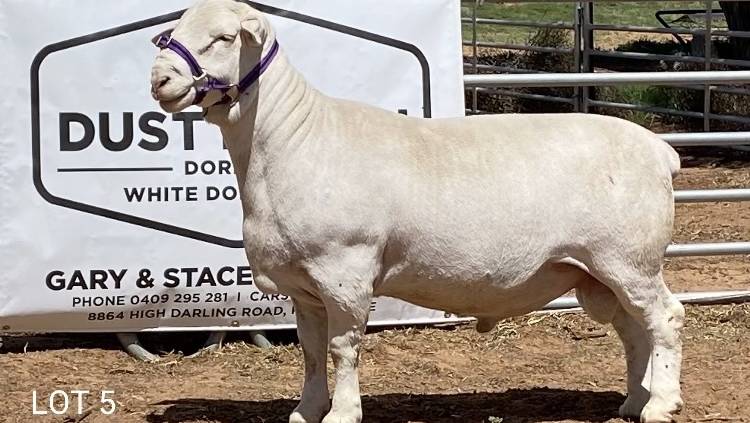 One of Gary Cullinan's favourite rams which sold to Rhys and Sarah Harris from Mulurula station for $5000. Rhys and his wife Sarah helped the Cullinans throughout the drought by putting their ewes on agistment for around 18 months. Photo: supplied

Gary Cullinan said he was a nice stretchy ram that suited the western country, with a lot of muscle and a bit of leg which means he will be able to get out there and walk.

In total the Palmers purchased three for an $11,267 average.

The $6000 high selling Dorper ram, 200233 'Sergeant', was secured by Todd Morton of Barraroo Station, Menindee, as part of his draft of three.

Several volume buyers operated throughout the draft including Broken Hill based Nick Blore of Blore Pastoral who bought 19 rams via AuctionsPlus.

Darren Old of selling agents BR and C Agents, Mildura, Vic, noted the sale had more of a northern influence.

"The Cullinans are right in the heart of Dorper country, with the sheep industry out here having a heavy influence of Dorper," Mr Old said. "There was a lot of locals wanting to support the sale, but we did see more of a northern influence from areas such as Broken Hill and Menindee.

"There were still people there that walked away without rams - demand was so strong we could've had another 50 rams there, but Gary likes to have things right, which pays off because buyers know the quality is there and the best quality will keep coming through.

"Repeat buyers fuelled the sale, and some sold to Queensland. There has been a lot of rams sell to Queensland lately, and a lot of commercial ewes of AuctionsPlus going to the north so we are going to start seeing demand for good Dorper rams into western Queensland."

The sale was interfaced with AuctionsPlus with 22 lots sold via the platform, and the auctioneer was Jason Morrison of BC and R Agents.