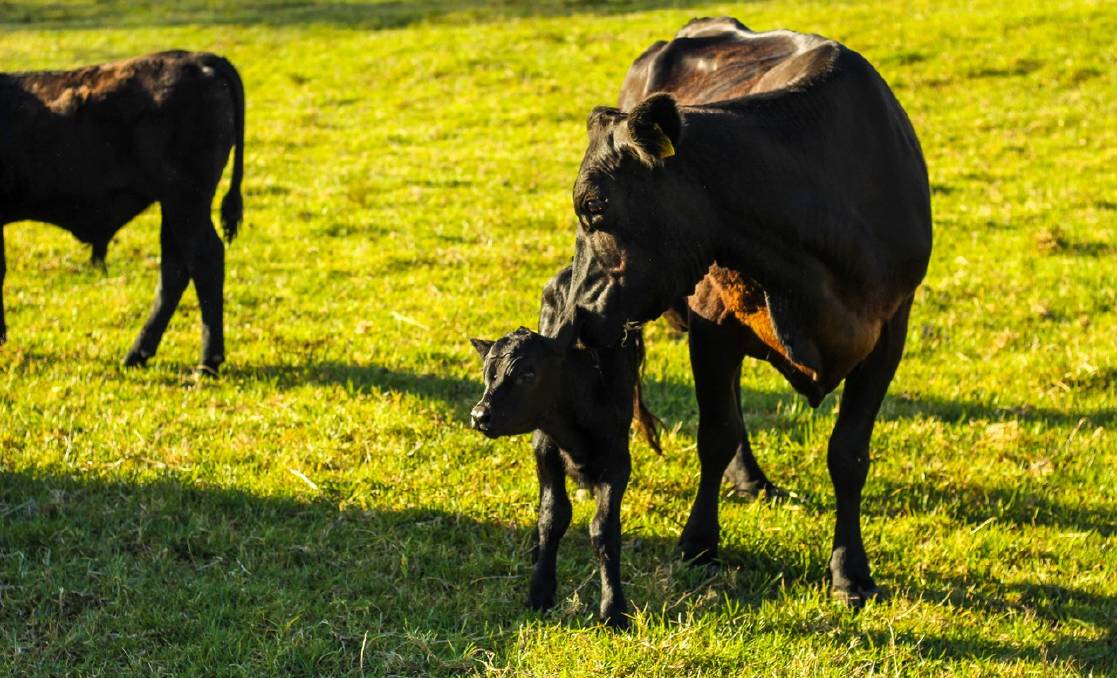 Night and day: Mrs Redcliffe said compared to the calves produced by the cows purchased with Big Bluff, there is a world of difference with the Cochrane calves.

Pure Angus production is the name of the game for Wayne and Jodie Redcliffe on Big Bluff, situated 25km north of Kyogle in northern New South Wales. When the... 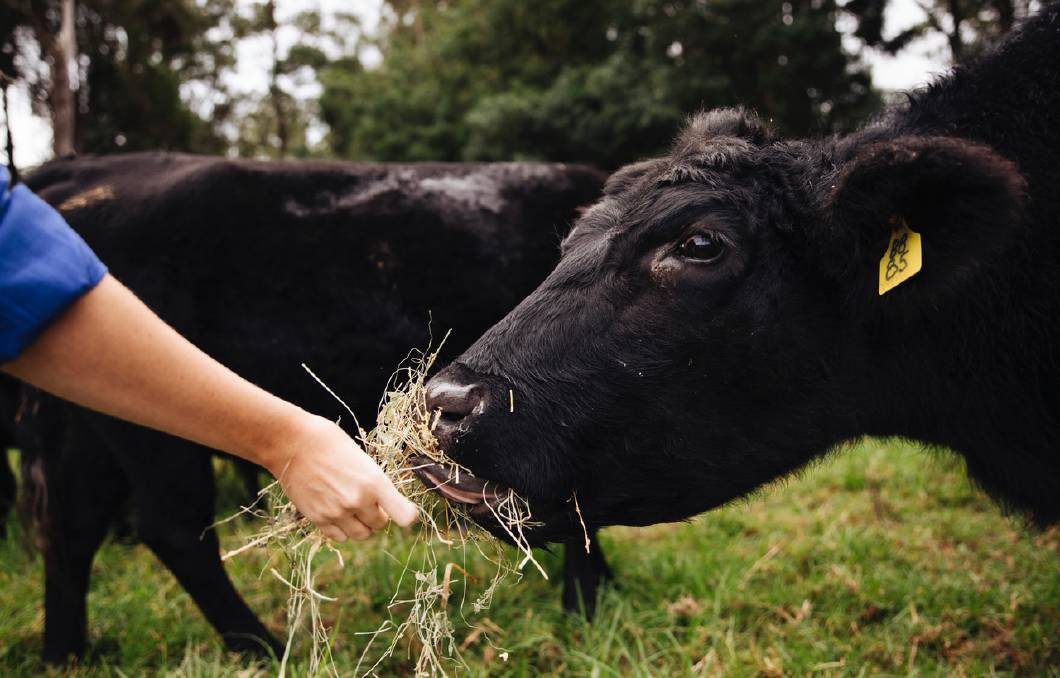 Focus: The Redcliffe's knew from the get-go that they wanted to focus on pure Angus production. 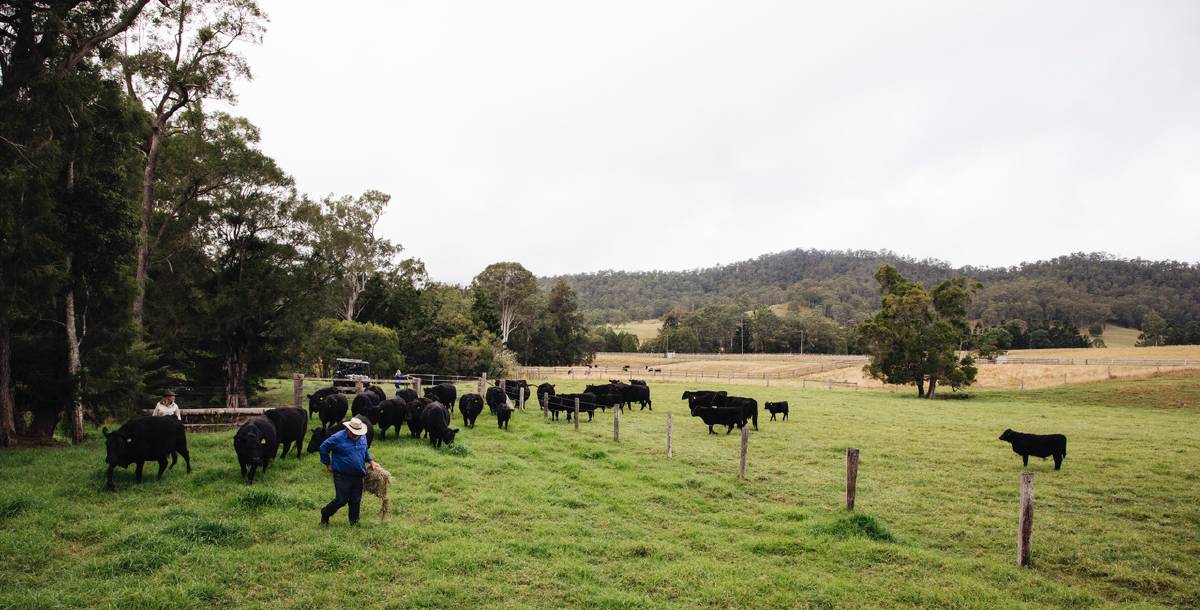 Rebuilding: The drought saw the Redcliffes reduce their herd size by half, though they've been building their numbers back up through the better seasons that have followed.

Pure Angus production is the name of the game for Wayne and Jodie Redcliffe on Big Bluff, situated 25km north of Kyogle in northern New South Wales.

When the Redcliffes bought Big Bluff in 2018, a mixed herd of Brangus and Angus was included in the purchase, however the Redcliffe's knew from the get-go that they wanted to focus on pure Angus production due to the breeds recognition in the supply chain and the premium it returns in the marketplace.

Their interest in the breed was piqued while attending Beef 2018 in Rockhampton, where during an Angus Society function, Costco Australiasia CEO said the company wouldn't buy anything except Angus.

Prior to buying Big Bluff and getting into the beef game the Redcliffes had been chicken farmers at the back of the Sunshine Coast in Queensland for 35 years, which is how they got to know John and Bev Cochrane, Cochrane Angus, Jimboomba.

It was through this friendship that the Redcliffes ended up purchasing their first two Angus bulls from the Cochranes.

"The temperament and willingness to work are the traits we like most about the Cochrane bulls. We also bought some Angus heifers through a contact supplied to us by John," Mrs Redcliffe said.

Coming from a chicken farming background the Redcliffes understood the importance of genetics.

"If you don't start with high quality genetics it just makes every other part of the production equation more difficult, especially in a smaller operation like ours where you can't afford to get these things wrong," she said.

"We relied on people we knew to establish the herd at Big Bluff, which is why we went to the Cochranes."

Mrs Redcliffe said compared to the calves produced by the cows purchased with Big Bluff, there is a world of difference with the Cochrane calves.

"We haven't had any issues with the Cochrane bulls or the progeny by them. Their calves got up and about quickly and have grown really well."

Big Bluff is located in a high rainfall zone (1150mm in the wet season on average) on ex-volcanic country in a small valley with Mt Lindesay rising up behind the property.

Their country is very hilly with fertile black soil that gets sticky in the wet. There is a lot of ex-dairy country in the area which has been converted to beef cattle breeding blocks with improved pastures, including Big Bluff.

"We've had a great season of clover and there is an abundance of kikuyu in the paddocks. We also grow rye for winter feed."

The Redcliffes specifically wanted to purchase a property in a high rainfall area when they were looking at options, unfortunately they went straight into drought upon buying Big Bluff and ended up having to truck up hay from as far south as Victoria.

In addition to co-managing the herd with her husband, Mrs Redcliffe works full time as the CEO for the Nuffield Australia scholarship program, from which she graduated herself in 2013.

This experience led the pair to looking at other business avenues when they moved to Big Bluff as there wasn't initially enough land to run a full-fledged cattle operation.

They wanted to share what farming looks like with people from urban areas and so they established a farm stay business.

"It's not just accommodation, guests get to see how a beef breeding operation works, while also gaining a detailed insight into our smaller free range pig and beehive arms of the business. We're connecting urban people with the rural landscape to help close the knowledge gap."

The Redcliffes have been "feeling their way" through their mating program which was run as a fixed joining period during their first year on Big Bluff though they've since changed tack to year-round mating.

"This decision was based more on the farm stay side of the business as guests love seeing cute little Angus calves on the ground."

The drought saw the Redcliffes reduce their herd size by half, though they've been building their numbers back up through the better seasons that have followed. They're currently running 60 breeders on 65ha of improved pastures and another 70ha scrubby lease block.

"We're really happy with the quality of our heifers. We can run as many as 90 breeders if we desire to do so."

In the drought the Redcliffes were grain feeding steers for 100 days then marketing them as grain fed Angus beef to local butchers, however as conditions have improved and with saleyard prices holding high they've switched to selling steers straight off their mums at weaning through the Casino yards.

"The last weaner steers we sent to Casino at the end of August weighed 241kg/head to return an average of 720c/kg."

The Redcliffes aim for a five-year working life with their bulls and will be looking to swap their oldest Cochrane bull out in the next two to three years.

"For our replacement bull we'll be going back to the Cochranes for sure."