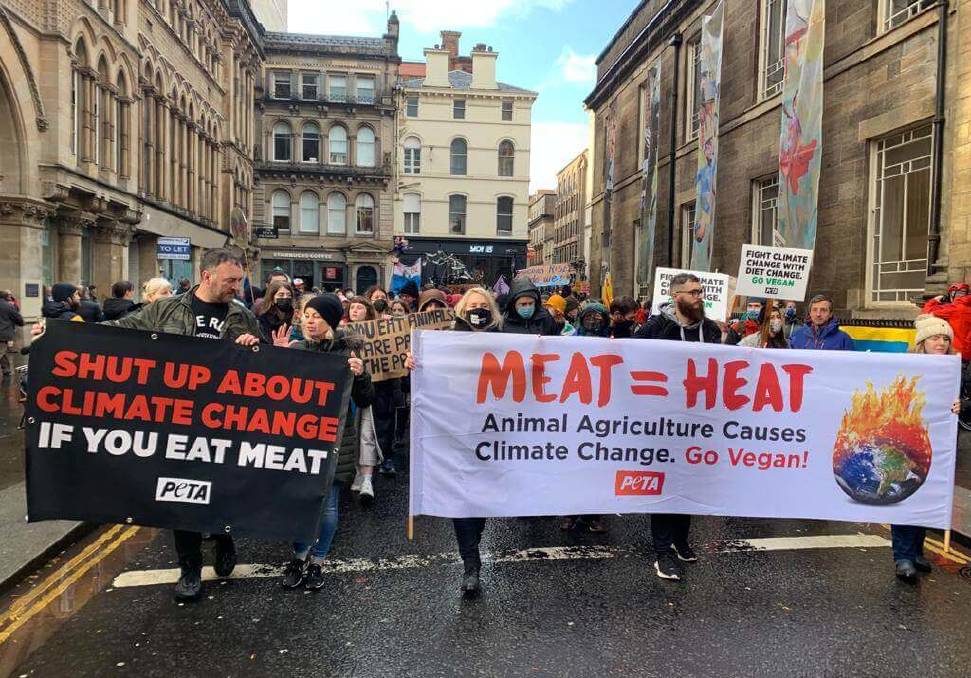 Is a more balanced view of livestock's role in sustainability emerging?

Global pledges to cut methane emissions by 30 per cent and reverse deforestation within the next nine years will have many practical implications for Australia's livestock business that need to be nutted out but the wash-up of Glasgow has made one thing abundantly clear.

Livestock is now a key part of world attempts to address climate change. What pledges emerge from here, and how they are enacted, will come down to what the world's people understand, and value, about animal food production.

The Glasgow 26th United Nations Climate Change Conference of the Parties, or COP26, was accompanied by plenty of protests and report releases that presented very different perspectives on the role of livestock.

Anti-meat activists declared meat on the menu at the event was "the equivalent of serving cigarettes at a lung cancer conference."

Criticisms of 'greenwashing' - or providing misleading information about a company or product's environmental credentials - were also made loud and clear.

Greenwashing is typically used to convey a positive environmental footprint where one doesn't exist.

While beef businesses were in their firing line for some greenwashing criticism, so too were plant-based diet lobbyists who use misinformation to paint cattle producers as environmental villains.

At the same time, commentary about the livestock industry being misrepresented, misunderstood and under valued was certainly part of Glasgow, albeit a little more behind-the-scenes than the street action.

A report released in the lead-up to COP26 by Pastres, a research program funded by the European Research Council, warned the dominant picture of livestock's impacts on climate change had been distorted by faulty assumptions that focus on intensive, industrial farming in rich countries.

Animal-source foods were crucial to providing high density protein, especially for low-income and vulnerable populations and in places where crops cannot be produced, it said.

The idea that beef needs to 'tell its story', and halt the narrative based on fake facts, is not new but many industry leaders and analysts say it was the number one lesson to be taken from Glasgow.

Some believe a more balanced view of livestock's role in climate change solutions, and feeding the world, is starting to emerge but no one is arguing there isn't much, much more work to be done on telling Australian beef's story.

Australia signed up to the deforestation pledge but not the methane goal.

That second decision has met with mixed reaction from an industry already well down the track to achieving its goal of carbon neutrality, or net zero greenhouse gas emissions, by 2030.

Our industry comes from such a strong - indeed world-leading - position on methane emission reduction, what advantage is there in being part of this pledge when its full implications are not clear, he reasons.

"What we need is for the community to actually start seeing what we are doing, how progressive our industry has been in this space, and move away from making presumptions based on misinformation coming from biased sources," he said.

His analysis shows the global energy and transport sector is responsible for 73.2pc of total greenhouse gas emissions, mostly classified as carbon-based.

The livestock component of the emissions ledger accounts for just 5.8pc of total global emissions, of which 95pc is methane-based.

The distinction between methane and carbon-based emissions is an important one, Mr Dalgleish said.

His report this month on the topic says: "Methane emitted by animals will break down into carbon dioxide within about a decade and is recycled back into the soil and plants. Grazing animals subsequently eat the plants, thus closing the carbon cycle loop. In contrast, the carbon emissions created by burning fossil fuels for energy and transport requirements persist in the environment for hundreds of years."

That is a complex concept to get into a sound bite.

So is much of the 'story' the beef industry needs to get across, according to Mark Davie, chair of the group steering the Australian Beef Sustainability Framework.

"We know how vitally important it is to communicate our role in the climate change solution, and in feeding the world, but these are not simple messages," he said.

"How our production systems work, how we manage the landscape, the role of biodiversity and how a focus on offsetting carbon will affect that, and how we contribute to food security - it's a lot to communicate.

"But we have to start the conversations because no one else will tell our complex story other than us."

Despite the feeling of being under attack that naturally comes from seeing protestors wielding signs saying 'less meat equals less heat', beef producers should not be disillusioned by Glasgow, many industry leaders believe.

Experts in community sentiment agree broader society is talking more about the valuable role livestock plays in a sustainable future.

Greater comprehension of the desperate need for animal protein as the world's population rises is also increasingly coming into conversations, they say.

"A tonne of emissions produced to deliver essential food and fibre for human survival should be less of a worry than a tonne of emissions created by taking an overseas flight or having the air conditioning on a little longer over a hot summer," Mr Dalgleish said.

The story The key lesson from Glasgow for Australian beef first appeared on Farm Online.