GrainCorp has posted a big profit, underpinned by a monster year for its storage and handling and port divisions. 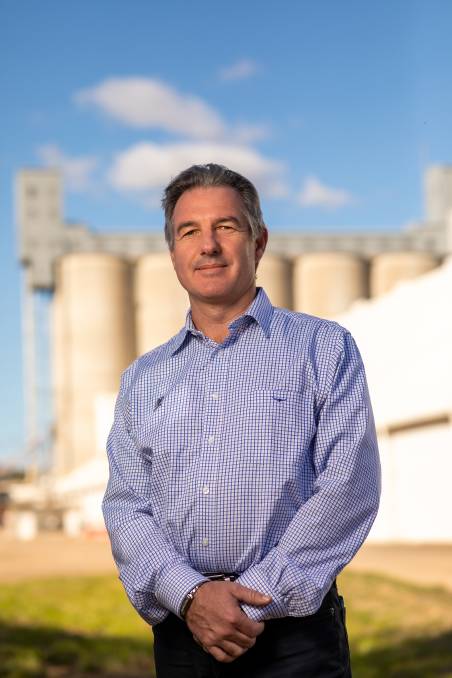 AFTER the tough years of the east coast drought in 2018-19 agribusiness GrainCorp has bounced back with a vengeance, with earnings of $331 million and profits after tax of $139 million for the 2021 reporting year.

And with a big crop on the way this season GrainCorp managing director Robert Spurway is optimistic about the medium term for the business.

"This is an exceptional result for the business," Mr Spurway said at the results presentation last week, saying earnings in particular had exceeded expectations, sitting right at the top of the estimated range handed down earlier in the year.

The bustling grain export trade has been a key driver of the earnings growth, as has the record tonnage through many of GrainCorp's upcountry sites.

GrainCorp's seven ports have been virtually fully booked throughout the year after seasons where ports such as Newcastle were either sitting idle or were net importers of grain due to the drought,

However, Mr Spurway said the strong result was not solely due to the performance of the company's bulk handling division, also paying tribute to the results in the edible oils business.

Solid crush margins have helped drive the company's edible oils division, which has crushing plants at Numurkah in Victoria and Pinjarra in WA.

On the bulk handling front GrainCorp handled 34.4 million tonnes for the financial year, up from 14.2m tonnes the previous year, with total receivals at its upcountry sites of 16.5m tonnes, up from 4.2m tonnes, with NSW leading the way in terms of increased volumes.

"The good season has helped but you look at a similar season such as 2017 and we have performed much better," he said.

He said GrainCorp was dedicated to lowering supply chain costs through more efficient sites and a better freight system to move the grain to port or to domestic end users.

"We're working with partners in many areas over our footprint and we're starting to see those investments really paying dividends."

"The ports are handling other bulk materials, such as woodchips, cement and fertiliser and that is complementing the grain exports very well," he said.

He said the company was delighted with how the company's earnings protection scheme, done through White Rock Insurance, had performed in spite of having to make payments under the terms of the program.

"You can see our bottom line, we're really happy with how the scheme is working."

Into the future, Mr Spurway said the company was looking at new income streams.

"We've invested in the FutureFeed business, which is dedicated to reducing emissions in livestock via feed additives and we also see opportunities in the plant-based protein sector," he said.

He said GrainCorp was also looking at further leveraging its edible oils business.

"Plant based protein products will also require fats and oils for their nutritional profile along with their taste, so that is an area we are keen to explore."

The by-product from the crush, traditionally used as livestock feed, may also step up in its value.

"There is a lot of work using oilseed meal for human consumption, it has a great nutritional profile, its high in protein, so if that can be developed we see meal becoming much higher value," he said.

In the short term harvest rain is the major topic over much of the area serviced by GrainCorp.

Mr Spurway said while the rain was not ideal he said he was not hugely concerned at this stage.

"Harvest in Queensland is largely done while the rain will not have too much impact on harvest in the south, where things are yet to really heat up," he said.

"While there could be downgrading in NSW, which is disappointing for growers, there is still very good demand for all grades of grain, including feed."

He also said there was a silver lining for those in northern NSW hit by harvest rain, with the moisture beneficial for summer crops.

The story GrainCorp bounces back into profit after strong season first appeared on Farm Online.