It was the first time the Maddens had sold Border Leicester rams, and they cleared all along with all Poll Dorsets.

MOVING to Crookwell showgrounds due to impending weather, the Glenwood Park ram sale resulted in a full clearance of 53 rams for the Madden family on Saturday.

Well received by the gallery of 28 prospective buyers that were in attendance, Scott Madden of the Middle Arm-based stud said it would have been the most even draft of Poll Dorsets they had offered in their nine years of hosting sales.

"There were a lot of comments on how consistent they were - blokes had a job to pick a standout, because they were so even and how upstanding they were on their feet. We have concentrated on feet and early maturity," he said.

Introducing Border Leicesters to the catalogue, Mr Madden said they had seen an opportunity to offer sheep producers all their ram needs in one sale.

"We have multiple clients that have a double enterprise - breeding second cross lambs and replacement ewes - and I thought it was fitting to help my clients by being a one-stop shop," he said.

"New to Border Leicesters we are still learning, but we had comments on the high-quality offered despite it being the first offering." 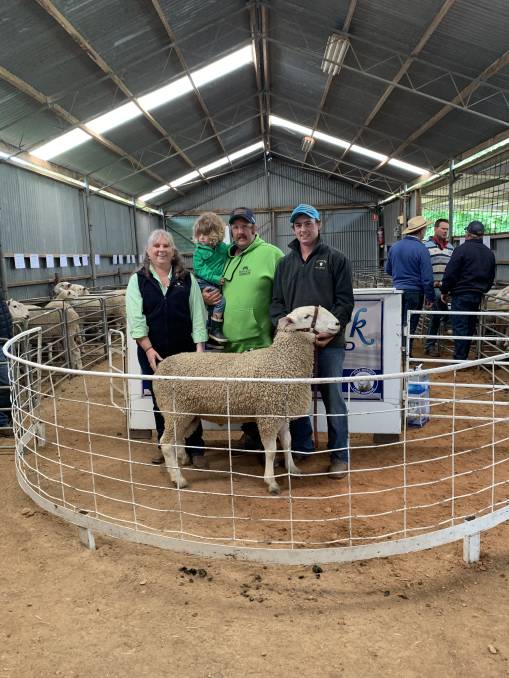 Mr Madden's mother, Lynn Madden, said they were very happy with how the Border Leicesters sold with all rams offered sired by the Retallack 436-18 ram and out of Jerradale-blood ewes.

"We focus on breeding honest rams which will produce lambs for the sucker market, with good overall structure and a focus on feet, clean heads and tight wools," Mrs Madden said.

"We take pride in all the rams being paddock reared and the fact that they have had no supplement feeding since birth."

Also the charity ram of the offering, he was purchased by James Tinham of Yarra, with all proceeds going to the Mark Hughes Foundation.

The donation will be made to honour the Madden's long-time family friend and James' father, Robert Tinham, who was diagnosed with brain cancer in July 2016 and after two major surgeries and two different treatment programs lost his brave battle in February this year. 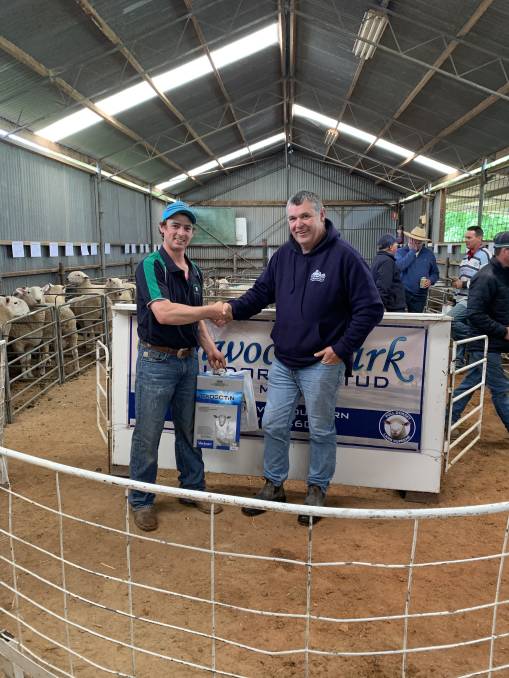 The largest volume buyer was Narrambulla Pastoral Co, Goulburn, which purchased seven Poll Dorset rams to a top of $2400 and average price of $2085.

The sale was conducted by MD and JJ Anderson, Crookwell, with auctioneer Greg Anderson taking bids.