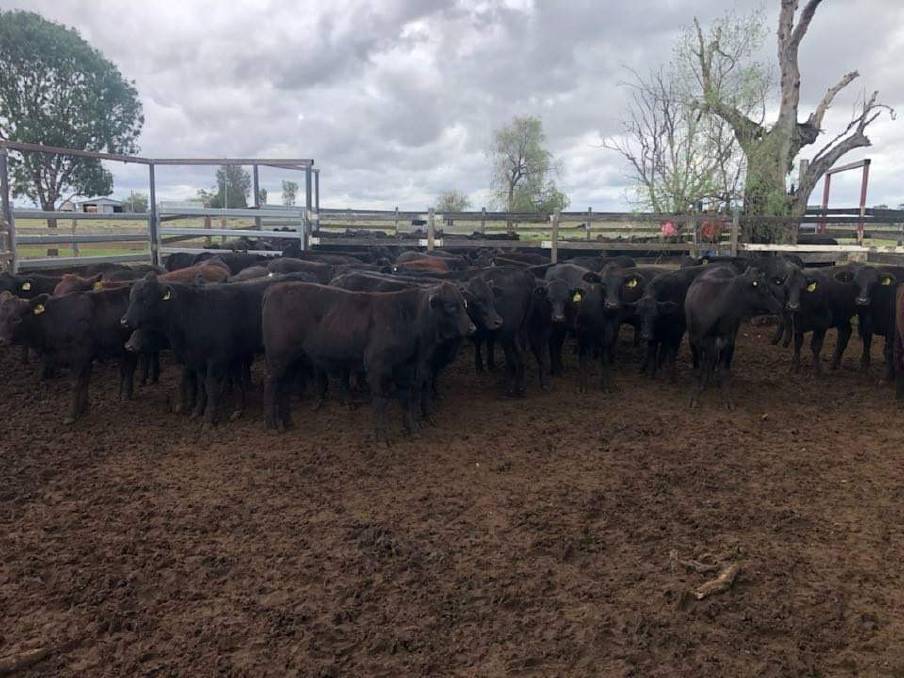 Top sires: Mr Paterson said in addition to helping their progeny pile on kilos quickly, the Ascot Angus bulls are soft and fertile. Mr Paterson oversees the company's activities across forestry leases and 2023ha of ticky, high range scrub to forest country at Manunbar, in Goomeri (purchased in 2005), and on 6475ha of red and black soil country on the edge of Jimbour Plains, on Lyndley (purchased 2012), in Jandowae.

On Manunbar, close to 1000 cows in a predominantly Brahman herd are joined to Ascot Charolais bulls. The resulting Charbray replacement heifers are then taken to Lyndley where they're crossed over Ascot Angus bulls.

It was the market attention that the Angus was receiving, which initially Samuel Holdingsto introducing the breed into the program.

"We soon discovered that this popularity was well founded. Angus bulls have provided the crossbred progeny with rapid weight gains. They're also easy to market, especially to the feedlot sector," Mr Paterson said.

He said in addition to helping their progeny pile on kilos quickly, the Ascot Angus bulls are soft and fertile.

"We're reaching an 85 per cent conception rate with the Angus bulls. This season we've been very strict on culling females if they didn't produce a calf, but we gave them a second chance during the dry seasons we contended with across the past two years."

To help alleviate production costs, close to 1620ha of the land on Lyndley has been set aside for oats and sorghum crops to provide forage in an effort to fatten the cull cows.

The of the heifers on Lyndley are terminal, hence sold on with the steers, with the only the higher Brahman content, smooth coated heifers kept on as replacements.

"We sell steers between 330 to 500kg and feeder heifers at 330kg through AuctionsPlus, direct to the feedlot or through the Roma or Dalby Saleyards depending on which avenue is offering the best returns when we're selling.

"We also sell the better weaner steers and heifers straight off their mothers at around 250kg as we receive a premium for these articles."

"About eight years ago Mike introduced us to the Wedges, whose Angus stud was established predominantly through the purchase of Millah Murrah bloodlines, with which we'd had much success.

"It was due to the high quality of the bulls Ascot produces and their closer proximity to us that we began mainly buying the Wedges bulls. We're currently utilising 32 Ascot Angus bulls in total."

He said the Wedges are always great to deal with.

"If we ever have any bull problems Jim and Jackie are quick to deal with it. Nothing is ever a big issue."

Mr Paterson said results have been mixed in relation to rainfall this year.

"Due to some beautiful rain, so far totalling up to 200mm in some areas, all the creeks are running and the dams are full at Lyndley. Unfortunately, Manunbar has missed out a bit (165mm to date) and there hasn't been any runoff there."

Mr Paterson said for the foreseeable future they'll continue to follow market trends and make changes to the operation where it will prove beneficial.

"We're running smoothly at present. We're getting repeat for the cattle we produce which is a good indication that we're doing things right."