Fighting to learn to shear, after not being allowed to learn, Val Byers says she now has finally got some respect from her work mates. 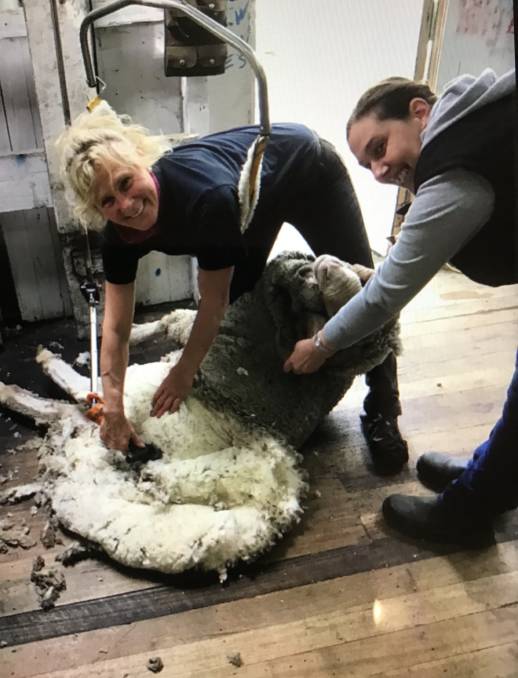 "An instructor told me I wouldn't last the week, but here I am shearing now, 36 years later. I was accepted because I didn't give up," Tasmanian shearer Val Byers said.

SHEARING for 36 years, Val Byers has been exposed to the growth and development of many facets of the wool industry.

One area of change is the growing acceptance of females in the shearing shed, and particularly the number of women shearers.

When Mrs Byers first set out to learn to shear, she went to learning school as a rouseabout but they would not let her be a shearer.

"I said if you don't let me go, I will take you to court," she said. "Eventually they let me do learning school, but they didn't show me anything - I had to watch and listen to what the instructors were saying and showing to the others.

"An instructor told me I wouldn't last the week, but here I am shearing now, 36 years later. I was accepted because I didn't give up."

Despite being a male dominated profession, Mrs Byers says to her husband in the next 10 years there will be more women shearers than men.

Originally from Ross in Tasmania, she has been involved in shearing in some capacity her whole life. 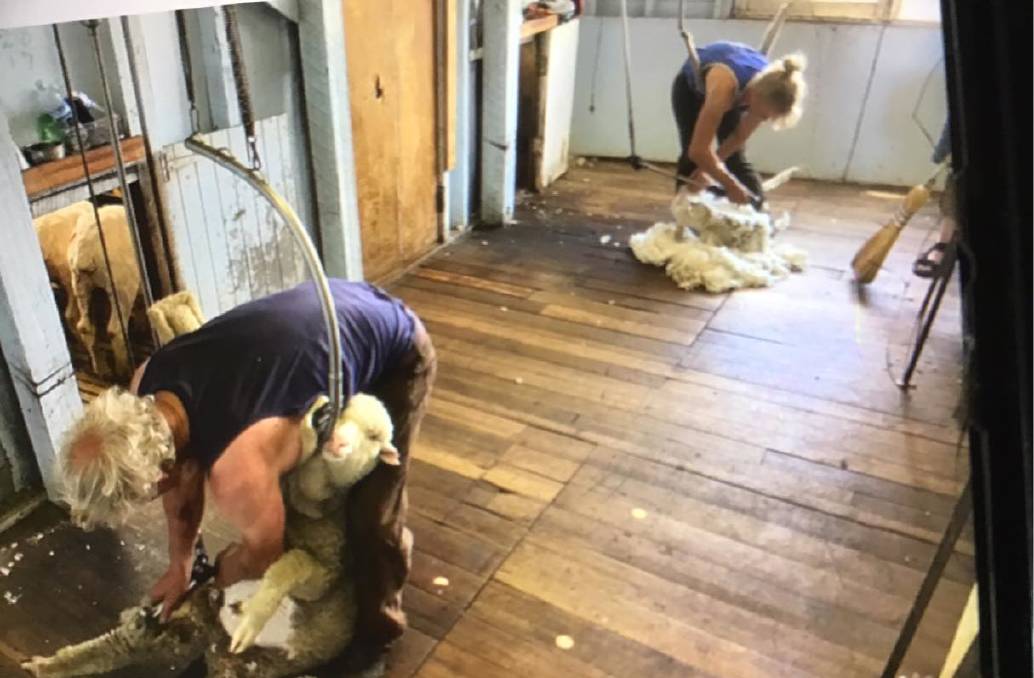 "My mother was a shearers cook, my father a shearer - as young kids we were dragged around to all the shearing sheds," she said.

"Mum used to get us out of bed at 4am take us to the sheds, we would sleep in the ute until the school bus came to take us into town... after we'd go back to wherever mum and dad were working then go onto the boards and that is how I learnt to be a rouseabout.

Mrs Byers said she always wanted to be a shearer, and it was her dad mostly teaching her how to shear and letting her do the last side.

"My younger brother ended up being a shearer, but at 18 he was in a car accident and passed away," she said. 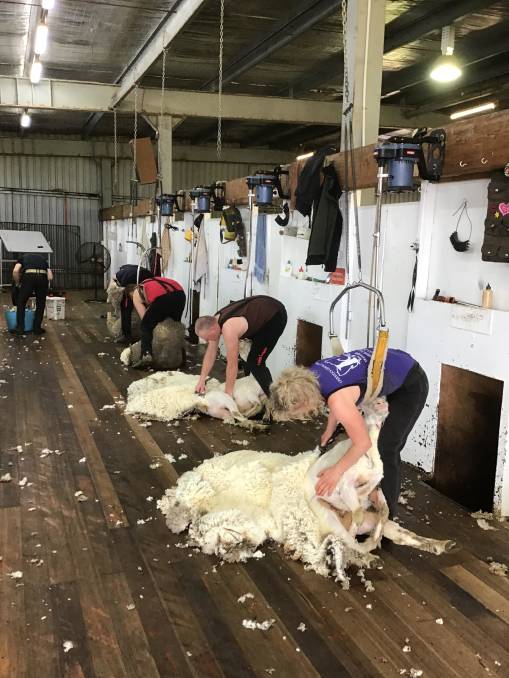 Nowadays Mrs Byers lives with her husband Gavin at Oatlands. They have a Merino stud called Brooklands and would have 18,000 to 20,000 sheep, including lambs, to shear over a five-week period. Targeting an 18.5-micron fleece they cut on average around six kilograms.

A shearer and wool classer by trade, she has a preference to shearing. She has won a few shearing competitions and in the past competed at Hay in the National Shearing Competition where she once won first in the intermediate rouseabouting.

"Down here in Tasmania, there is not that many girls shearing, but quite a few on the mainland and a lot in New Zealand," she said.

"It is a great thing, but it can be hard to be accepted by men. If young girls want to learn to shear, they have to be dedicated to it and really fight to be able to do it - don't give up, keep going."

Mrs Byers said women shearers have to work twice as hard as a man to be considered half as good.

"I feel very passionate about this subject, it has been incredibly hard to get to where I am today in a man's world," she said.

"I have finally got some respect from my workmates."

Mrs Byers' husband Gavin said he had noted more women getting into the wool industry, whether it be handling, classing, or shearing.

"We need to get people interested in the wool industry, otherwise we are not going to have anyone to do it," he said. "And once they get interested in it, it is about keeping them interested - that is the biggest thing." 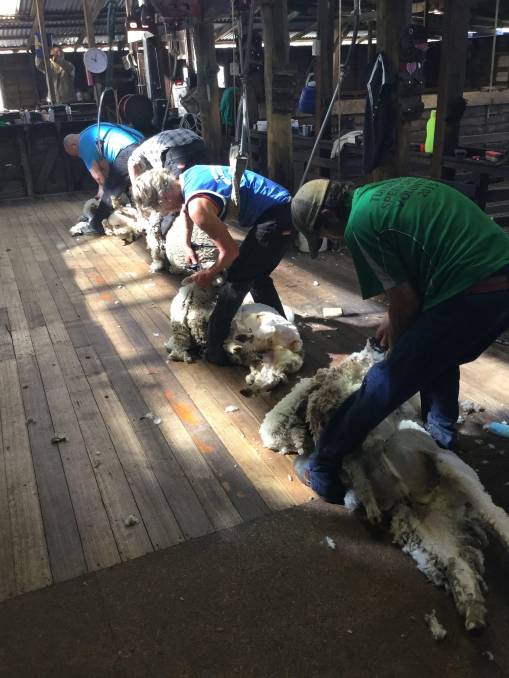 Shearing one day, running the next

With close to four decades of shearing under her belt, Val Byers of Brooklands, Oatlands, Tas, also has a passion for fitness, taking to running in her spare time.

"Last week I was shearing 200-odd lambs for four days, and then on the weekend I ran the world's toughest half marathon (the Point to Pinnacle) up Mount Wellington," Mrs Byers said.

"It helps with work. Shearing is physically and mentally demanding and that is why I like it."

Mrs Byers hopes to keep shearing for a long time but has recently come into the partnership with her father on the family farm so may turn to more farm work than shearing.

"But I will always love shearing," she said.