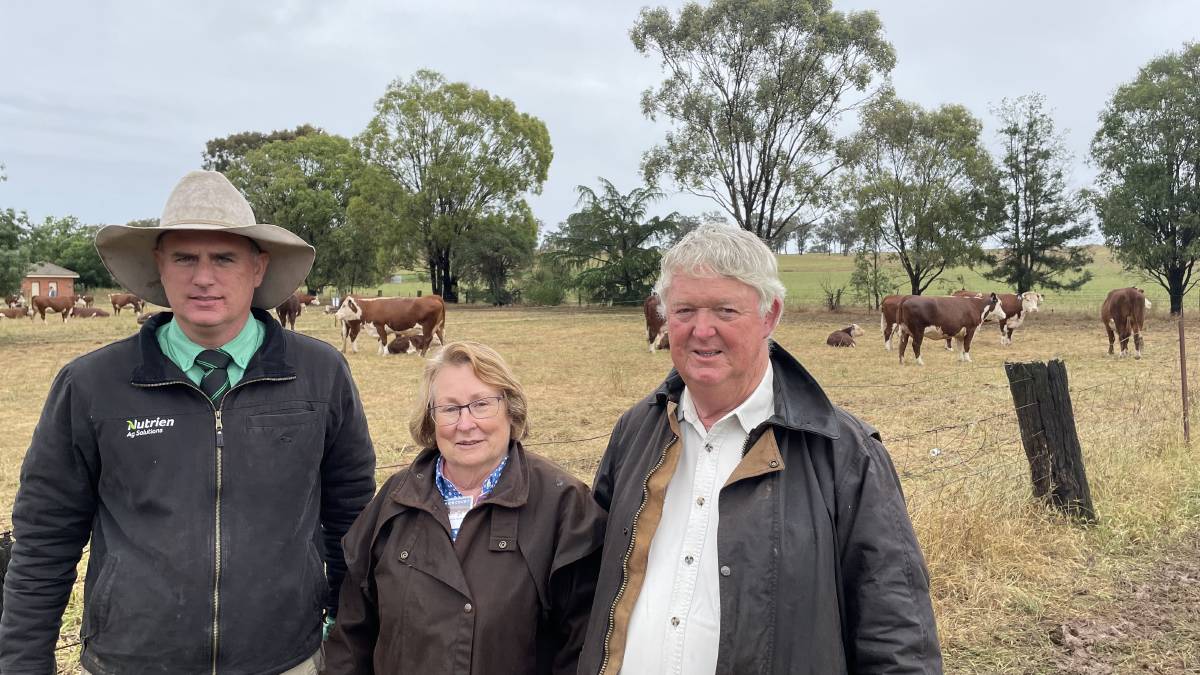 Forty years of breeding stud Hereford and Poll Hereford cattle came to an end today with the dispersal of the Warwick Court herd.

Forty years of breeding stud Hereford cattle came to an end today with the dispersal of the Warwick Court Hereford and Poll Hereford stud herd, bred by Bob and Sue Holdsworth at Jindera.

"We have sold the place and are Melbourne bound to retire closer to our grandchildren," Mr Holdsworth said.

"Sue and I started with three Hereford cows as a hobby and it has grown since then.

"We have had a wonderful time in the industry and it is time to give other breeders the chance to take our genetics to a higher level."

The stud was founded in 1981 on the three cows purchased at the dispersal of Palermo Hereford stud, along with the foundation sire a Poll Hereford, Cannawigra Alupent 35.

And later female additions included four females from Mrs Holdsworth's family stud and the majority of the Maybank Poll Hereford stud when it was dispersed.

In 1995, a selection of Hereford females were bought at the reduction sale conducted by John Yelland, Glentrevor stud, Finley. The top price for a bull was $35,500 paid through AuctionsPlus for Warwick Court Riverview R170, a 15 month old son of Warwick Court Marathon M163.

The top price for a female was $20,000 paid through AuctionsPlus for Warwick Court Dawn P101, a three and half year daughter of Warwick Court Last L145.

She had a bull calf by WCPM163 and was joined to WCPQ166 and was preg tested in calf.

The Helmsman auction was conducted through AuctionsPlus and settled by Nutrien, Holbrook.