The recently declared La Nina is a key part of the reason BOM is forecasting a wetter than average summer for eastern Australia.

FOLLOWING up with the official declaration of a La Nina weather pattern earlier in the week, the BOM has raised the odds of a wetter than average summer for eastern Australia in its summer outlook, released today.

With this, the BOM has warned of the increased likelihood of damaging tropical cyclones, heavy rainfall and widespread flooding.

Further to the west, where the influence of the La Nina are not so pronounced, there are no strong swings to either wetter or drier conditions in South Australia, while parts of Western Australia are likely to see average to slightly above average rainfall. 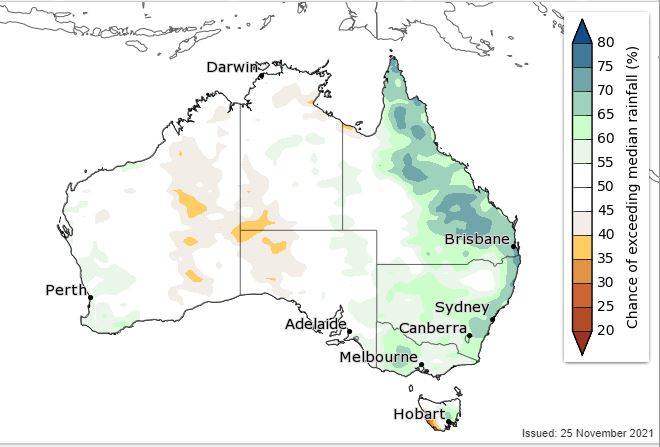 "The big driver looking at the months ahead is La Nina, which is now established in the Pacific Ocean for the second year in a row. La Nina describes a pattern of ocean temperatures that sees warmer waters in the western Pacific, which in turn drives increased atmospheric moisture and rainfall, including heavy rainfall, over Australia," Dr Watkins said.

He said this pattern is likely to continue through until at least the end of January.

Other climate drivers have also played a role in the BOM outlook.

"Over winter and spring we saw a negative Indian Ocean Dipole, a pattern of ocean temperature patterns in the oceans to our west that was favourable to rainfall over Australia, and a dominant influence on our climate," he said.

"While this event is approaching its end, warmer waters to the north-west of Australia may persist, and continue to increase the chance of rainfall," Dr Watkins said.

He said the La Nina could lead to unseasonably high rainfall in the normally winter-dominant rainfall areas of the south.

"December is likely to see our typical summer weather systems pushed further south than normal, meaning more humid air coming off the Tasman Sea, and into NSW and eastern Victoria.

The story BOM flags a wet summer for the east first appeared on Farm Online.