The stud recorded a total clearance of 71 rams last week. 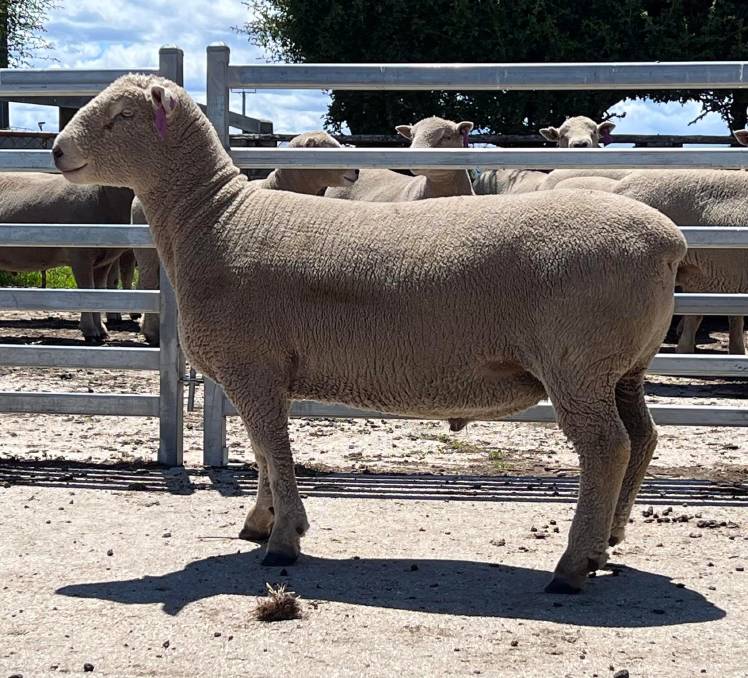 TASMANIAN stud Kirkdale Southdowns achieved a perfect result at its fifth on-property ram sale at Evandale, Tas, when its entire draft of future sires sold to a top price $10,200.

The result narrowly missed setting a new record for Southdown rams in Australia, as 58 Southdowns averaged $2344, while 13 Charollais/Southdown-cross rams sold to $3200.

Kirkdale Southdowns stud principal Andrew Hogarth, who runs the stud with his partner Aneika Crosswell and boys Cooper, 7 and Jack, 5, said he was "blown away" by the result last week.

"We were extremely rapt with the results and it was probably a fraction better than last year," he said.

"We nearly beat the $11,000 record for the dearest Southdown ram in Australia and for the first time, we sold commercial rams into Victoria which highlighted the demand for the breed of sheep we offer."

Mr Hogarth said he was surprised by the physical turn out at the auction, as well as support from new and return clients.

"I was very nervous because I didn't think we'd get the clearance we received," he said.

Twelve of the rams from both breeds were bought by commercial and stud clients in Victoria, while a majority of the rams in Tasmania stayed within a close radius of the Evandale property.

"The demand for Southdowns in general is very strong and the ease of lambing is what really attracts people," he said.

"Buyers are also getting a good product out of their ewe lambs so that's also a major factor in the popularity of Southdowns too."

Mr Hogarth said the sale-topper was his best pick before the auction started.

"A lot of people didn't agree with me because he wasn't the biggest ram in the shed," he said.

"He was a more moderate type of sheep which I believe Southdowns need to be because that's the market they seem to attract."

Mr Cameron, who bought Kirkdale's top-priced ram last year for $9000, said the ram would be joined to a select group of stud ewes in late-January 2022.

"We've been buying Kirkdale rams for a few years and they've done a great job for us," Mr Cameron said.

"With COVID in the last few years, I've had to rely on Andrew's input because I haven't been able to travel to Tasmania, and I really trust and value his word and the sheep he produces."