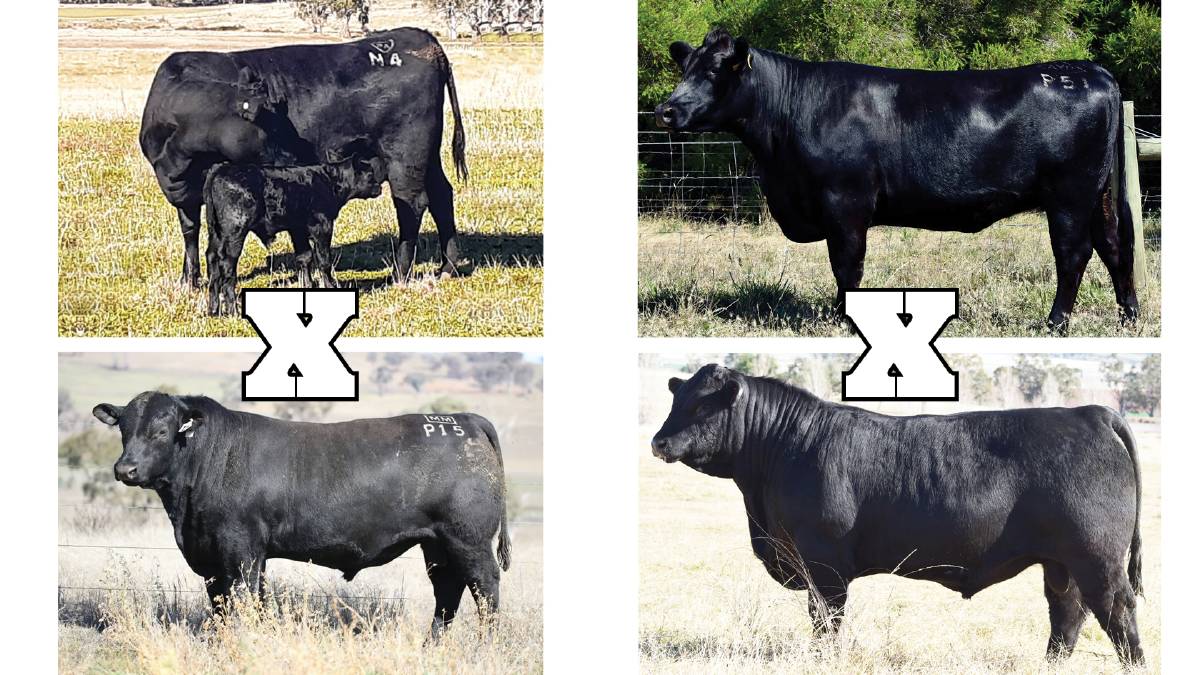 The sex pregnancy offering consisted of recipient females implanted with embryos that were pregnancy-tested-in-calf (PTIC) with the foetus sexed.

The sex pregnancy offering consisted of recipient females implanted with embryos that were pregnancy-tested-in-calf (PTIC) with the foetus sexed.

Barnett Angus principal Mark Barnett, Westbury, Tas, was ecstatic with the interest around the sexed embryo lots and said that it was an incredible result.

Harvey Weyman-Jones, Grant Daniel and Long, Dalby, Qld, said he received enquiries from all over Australia on the catalogue.

"It achieved our expectations and we found out what the true value was in today's market," Mr Weyman-Jones said.

The first of the $10,000 top sexed pregnancy lots was a recipient carrying a heifer pregnancy out of Barnett Disco Girl N4 sired by Millah Murrah Paratrooper P15. It was purchased by NSW buyer Robert Jarratt, King George Angus, Tamworth.

Both of these lots were due to calve in July 2022.

Mr Barnett had no idea if the bull or heifer pregnancies would be favoured in the sale but it was overall relatively equal demand for both.

These pregnancies were sired by two record-smashing bulls of 2021, Texas Iceman R725 and Millah Murrah Paratrooper P15, whose sons sold to $280,000 and averaged $46,990 at the Millah Murrah Angus Sale in September.

Mr Weyman-Jones said that the majority of the bull pregnancies went to Queensland meanwhile the heifers went to NSW.

He said it demonstrated the difference between the two states as Queensland clients were looking for future herd sires and NSW buyers were looking to increase their females.

Volume buyer of heifer pregnancies Paul Valaire, Williams River Angus, Glen Oak, said he was "delighted with his purchases" and the "genetics of this quality are almost impossible to obtain".

According to Mr Barnett, there was a mixture of clients that ranged from small studs trying to obtain females, and bigger commercial producers that were chasing future herd sires.

The recipient females will be delivered before Christmas with calves due in June and July next year.

In terms of the future for sexed pregnancy offerings, Mr Weyman-Jones said it came down to the demand for the specific breeding.

"It won't take over the live sales we do, but I think there are more people looking at it now that we have had the first crack," Mr Weyman-Jones said.

The sale was conducted by Grand Daniel and Long Pty, Ltd and Ray White GTSM.