There is a real risk that come this time next year agriculture could be in the same situation with worker shortages. 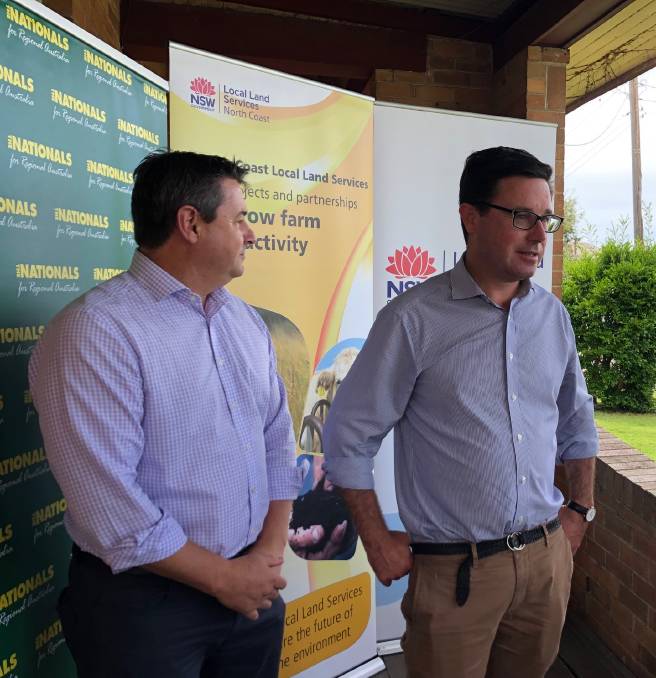 Comments by Federal Agriculture Minister David Littleproud have indicated there is a real risk that come this time next year agriculture could be in the same situation with worker shortages.

Mr Littleproud, who was in Kempsey on Wednesday announcing soil management grants, said the Commonwealth had done everything it could to ease the labour shortage and it was now up to the state's Premiers and their chief health officers.

"Basically every state has put their head in the sand," Mr Littleproud said.

"South Australia has had a red hot crack and the Northern Territory has had a bit of a go. But effectively a lot of the issues are that the states have not had the courage to bring these people in."

Mr Littleproud said the Ag Visas were "up and going" and there had been 25,000 men and women sitting in 10 Pacific nations "literally on the tarmac" for the past 12 months.

He said state premiers in December last year decided they would take control of agriculture workers.

"Premiers said they would get rid of the red tape, you simply tell us how you are going to quarantine them in addition to their caps and we will sign the visa," Mr Littleproud said.

"The ag visa is another mechanism in addition to the Pacific scheme," he said.

"The frustrating thing is we need to get the states to say bring them in and quarantine them."

The Land also asked Mr Littleproud if about the likelihood of worker shortages next harvest and whether that was also the state's fault. He said the quarantine health orders were determined by premiers and chief health officers of each state.

"The premiers said they will solve this ag issue ... if you still need workers then ask your premiers where they are."

The Land approached the Premier's office for comment. However NSW Agriculture Minister Adam Marshall said: "In NSW we are ready and waiting for the Commonwealth to approve the visa applications".

"Any worker that is approved by the Commonwealth and is fully vaccinated can come into NSW and work as soon as they get off the plane," Mr Marshall said.

"We have no arrival caps or quarantine ... if they want to approve 20,000 we can take them tomorrow."

Mr Marshall said since November 1, NSW had been "back to pre-COVID" conditions and was the only state where there was no quarantine requirements.

He said COVID-19 had highlighted a structural weakness in the Australian agriculture sector and that was an over-reliance on an overseas workforce.

"At every stage of the pandemic, the NSW government has taken every step to remove barriers and let those overseas workers flow in," he said.