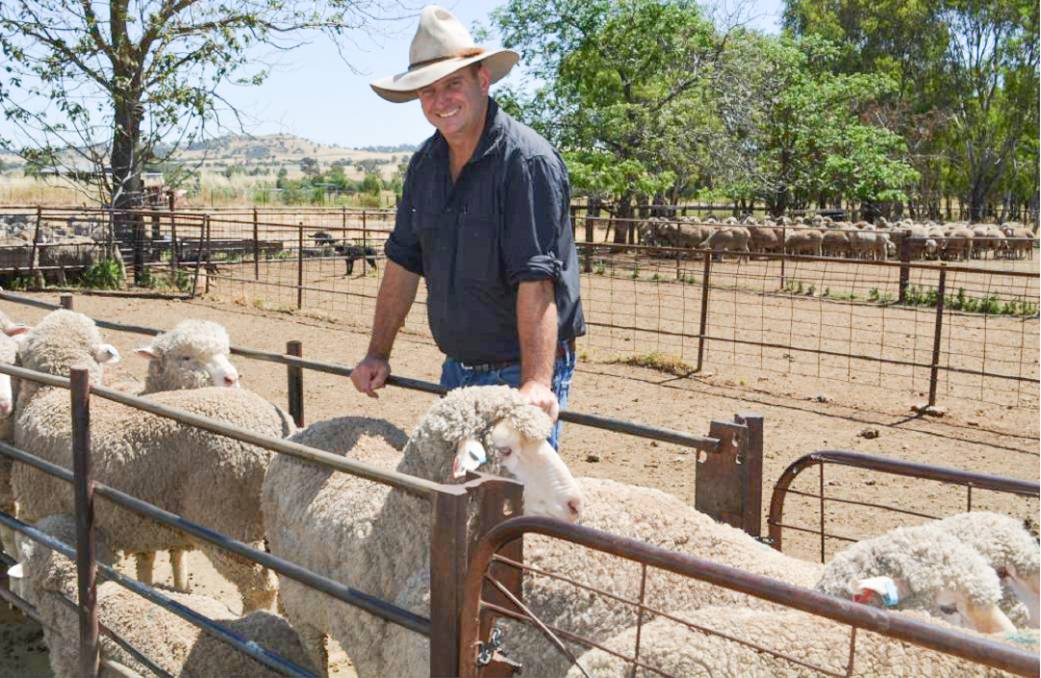 RICK Power, Grenfell, has travelled thousands of miles since joining Wesfarmers more than two decades ago but his passion for the sheep and wool industries has always brought him home to southern NSW.

The Nutrien stud stock specialist and auctioneer covers an area from Canowindra and West Wyalong to Jerilderie, the Murray River, Delegate and Goulburn. Born in Cooma and raised at Dalgety, Mr Power recalls the early mentoring from his grandfather, well-known Monaro stockman Reg Suthern, Tallawa, who produced big wool-cutting Merinos.

"I'd always liked sheep and I spent a lot of time with my grandfather."

Mr Power was a jackaroo for three years at Haddon Rig, Warren, and then at Merryville, Boorowa, for five and half years, before joining Wesfarmers in May 2000.

"I did stints at Tamworth and Narromine and then I got a call one day to see if I was interested in stud stock and going to Western Australia," he said.

For six years he travelled throughout southern WA trading in sheep and cattle and honing the craft of auctioneering.

In August 2007 Mr Power returned to Boorowa to take on the Landmark agency.

"I'd learnt to be an auctioneer in Western Australia. I came back and I sold at a few ram sales locally," he said.

When the long-time stud stock representative and Landmark company stalwart, the late Kevin Cove, fell ill, Mr Power picked up a bit of his classing work and his clients in the south.

He said it had been a rewarding career.

"I like mixing and working with people and advising their breeding programs and buying the better end of the rams," Mr Power said.

"It's always good to secure a good ram. I get a lot of reward out of using good genetics and then seeing the progeny and classing."

And he thinks the outlook for agriculture is bright.

"Obviously this year will be a record year for all companies and all agencies," he said. "But I think the next year could be just as strong. I'm pretty confident."