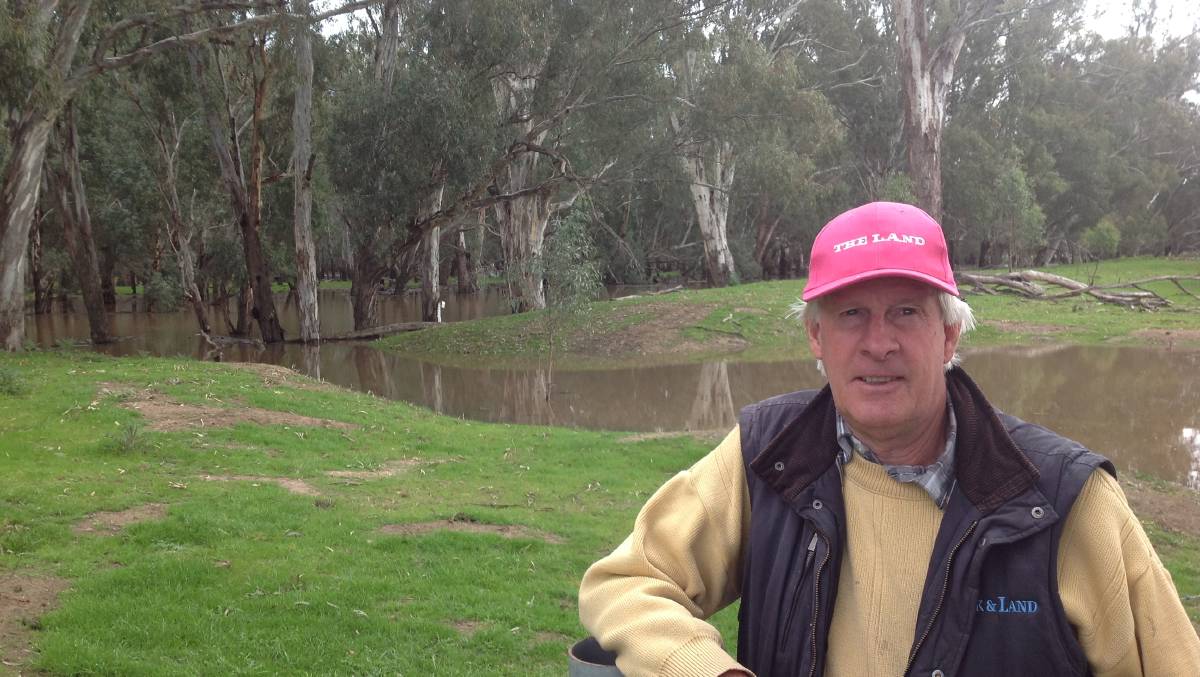 The spring flush this year has been extraordinary: and coming on top of last year's wonderful spring, the prolific growth of pasture and crops can only bode well for the health of soil.

Of course, the amount of rainfall recorded across the state has been high, and the landscape always responds to rain.

And while we are glorying in the bountiful season, remember this is a country of 'droughts and flooding rains', where the generations of family farmers have carved out a reputation for sustainable production through difficult circumstances.

It is to the whole benefit of the country, that Australian farmers' success is measured and most especially during this pandemic.

So well done people on the land; your efforts are not always recognised or even appreciated but at least this year your economic contribution to the national economy has been crucial.

But with all of the talk about global warming and carbon capture, take a second to pause and imagine the amount of carbon which has been sequestered by those plants during this year.

Even if the landholder doesn't receive immediate cash returns for that carbon capture, the long term rewards for the restoration of the landscape must add value to the individual farms.

And while we contemplate the spring flush, it is worth remembering many, like myself, only know of the success of pasture improvement using sub-clover and Phalaris, along with ryegrass and Lucerne species.

We have little idea of what the pastures were like in their natural state: and so one of the most informative interviews I had this past twelve months was with Roger Webster.

Until I spoke with Roger, who said this was the best season he had ever seen throughout his long career on the land in the Boorowa district, I had no idea of the damage rabbits had done to the land and native pastures.

But Roger's story bought home to me the debt owed by the current generation of landholders to those who went before.

Without their work and perseverance in maintaining faith in the land, all of the material benefits now enjoyed by many would not have happened.

How high can it go?

One of the most extraordinary things to occur during the past twelve months as been the rise in the prices paid for land.

And it is not always the off-farm investment firm which is driving prices higher - stable family farming operations are also looking to reinvest in an industry in which they have supreme confidence.

Many in their fifth and sixth generation of ownership are well placed to increase the family assets, but perhaps when there is more cash 'splashing' around the world than at any time in the financial history of the world, that money is looking for a secure home.

And it has long been recognised that in solid assets such as 'bricks and mortar' or land there is no better place to deposit funds for the longterm.

On the back of a great season and while the fundamentals of high stock prices and good cropping returns point some way to the excitement in purchasing land, it is easy to see why established families are in a strong position to purchase the neighbouring property.

It is also easy to see the clamour for stock reaching a level not seen for many years.

Throughout the year I have been having trouble finding another different headline to describe yet one more 'record' sale of store cattle or sheep, without being boring or sensationalist.

So, in the cause of balance I resorted to reporting 'another outstanding sale', and lest the reader think I have become somewhat nonchalant or indifferent to recording those sales, I have been mindful of being accurate without being too expectant.

One thing I have avoided in my reports is the concern many express of a market correction - when will it fall is a common retort - but all the signs for land, sheep and cattle and cropping enterprises indicate strong demand for the foreseeable future.

So, in the new year, I expect to continue reporting on strong sales for livestock across the south, and with another good season, successful returns from cropping enterprises.

Under the pink hat

I abhor waste: waste on any kind - time, space, knowledge, money, experience, water - is a blight on society.

But the greatest waste, that of food, whether through over eating, discarding foodstuffs left in the fridge for too long or the non-purchase of fruit and vegetables which do not conform to an acceptable uniformity shows little respect by the consumer.

The ready availability and cheapness of food does not truly reflect the efforts farmers make in producing as healthy a product as they can and still make a profit.

The drive to push food prices 'down, down, down', is not a help to society, if those low prices are indicative of low wages for those along the food chain, diminishing nutritional value of foodstuffs or the ultimate degradation of the landscape.

All who read this newspaper have a connection with the production, processing and distribution of food stuffs and you have taken great care of your livestock and crops through indifferent seasons.

The health of your livestock or crops reflects immediately on your bottom line and I think there is enormous potential for the wider consuming public to be educated to the need to pay more for their food.

That is not a grab for the farmer's to become more wealthy, but a plea for a sustainable future where nutritional food will be available for all.

There aren't many reading this column who will easily recall the food rationing which occurred during the second world war - but in the global drive to have food available for all at any time, have consumers lost touch with the true implications of food production?

Of course there is an upside - whilst ever the overseas' demand for food produced here continues to rise, food prices here must increase.

There is already a certain portion of society willing to pay for quality - witness the support local farmer's markets have in many parts of the country.

I was entranced when reading A Room Made of Leaves by Kate Grenville.

This is a novel based upon historic events and the people who shaped those events, and as such is of the genre successively mined by many authors.

In this publication she sets out to tell the story of one of Australia's less understood women Elizabeth Macarthur through the chance discovery of a secret memoir written by Elizabeth and kept hidden for more than two centuries.

I'm a big fan of Elizabeth - she is only slowly acknowledged as the 'mother' of the colonial wool industry and whose efforts started the Australian wool industry.

So I read with fascination, but with some trepidation, as I came to realise some of the events could not have happened.

And it wasn't until the last page that I realised the readers had been warned with a quote which may or may not be by Elizabeth - 'Do not believe too quickly!' - on the title page.

When lies become told so often they become accepted as the truth, and when truth is distorted or buried under so much hubris, when trust in social, commercial or political circles and the lack of faith in our institutions daily rises, A Room Made of Leaves is a timely book.

Enjoy your Christmas and a happy new year.