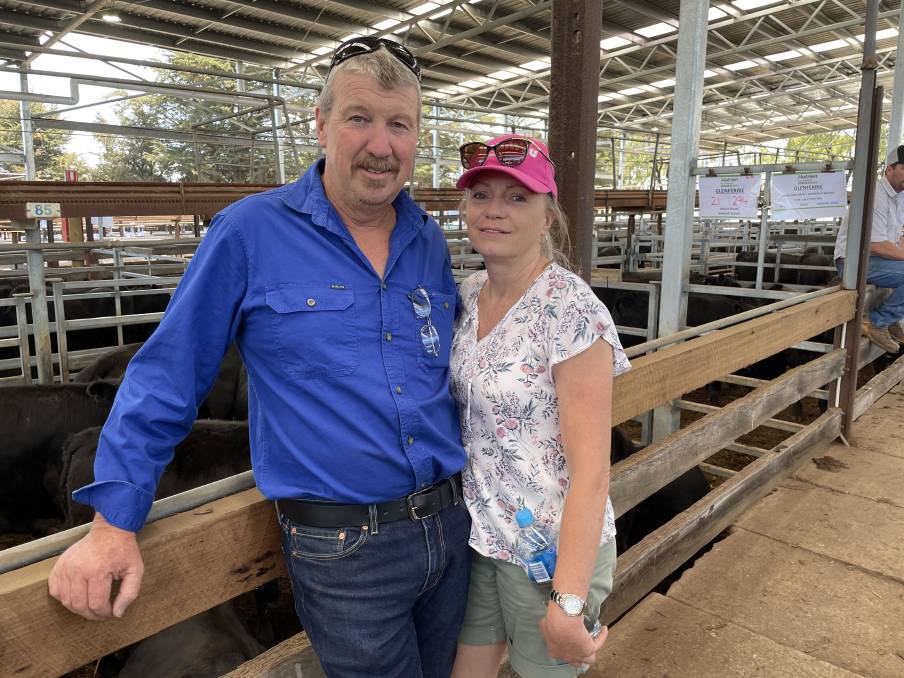 Stephen Robertson, 'Glenferrie' Paschendale, west of Hamilton and Janine Wombwell at the sale on Tuesday.

The northern raiders were at it again at Hamilton with a huge result at the Elders / Nutrien weaner sale on Tuesday.

THE NORTHERN raids on the Western District weaner sales in Victoria continued, with an estimated 90 per cent of all cattle sold at Hamilton's all-breeds Elders and Nutrien sale on Tuesday heading over the Murray.

It led to a record sale, with initial estimates of prices a whopping $500 a head above last year, which was the previous record.

"The demand from the north was very strong, there is a lot of grass, it hasn't stopped raining and they are still restocking after the drought," said Nutrien SLM Hamilton managing director Sam Savin. 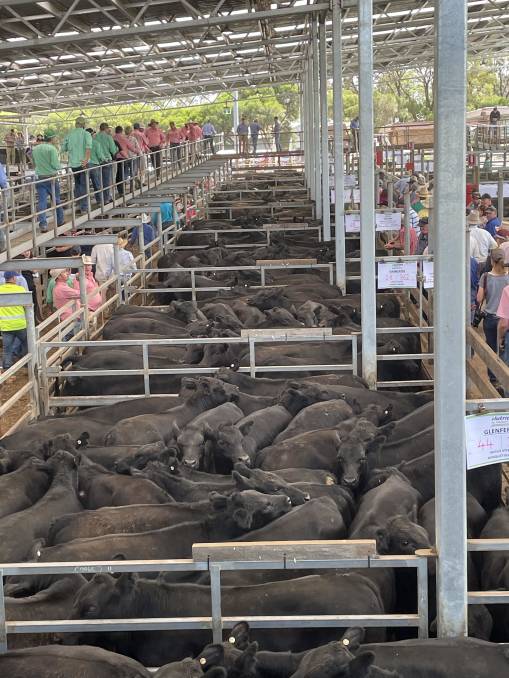 "It has all added up to a fantastic result for vendors across all categories, we haven't done all the sums just as yet but it looks like it could be around $500 a head higher than last year when we averaged just shy of 500c/kg, which was a record," Mr Savin said.

"The sale was exceptional for its strength all the way through, the EU (European Union accredited) and non-EU Angus both went really well then the Herefords were also strong," he said.

"The highlight, though, was probably how strong things went all the way through, right to the tail end of the smaller heifers."

He said there was little variation in demand across the breeds.

"It was very even compared to what we have seen in the past, it didn't matter if it was red and white or black or white, there were buyers out there."

At the front end of the sale there were some good results for Doug Robertson, 'Nangana', Grassdale, west of Hamilton.

"It was a great result, the strong demand from outside the area certainly helped things along," Mr Robertson said.

Mr Savin said before the sale expectations were around 580-600c/kg for the heavier lines, but added that figure was smashed out the park.

Nr Savin said the northern buying splurge was not a common occurrence, especially on the heifer front.

"Generally all our really well bred heifers normally stay local but there was very good cash from interstate."

"Outside the NSW and Queensland buyers we also saw some interest from South Gippsland, but it was those northern guys who really dominated."

Roland Cameron, from 'Athlone South' said it was a good day out.

"It's a credit to the hard work everyone put in to bring the animals to market, we're very pleased," Mr Cameron said.

On the heifer side, Mr Savin said the award went to Harton Hills, who were also volume vendors on the day, offering multiple pens.