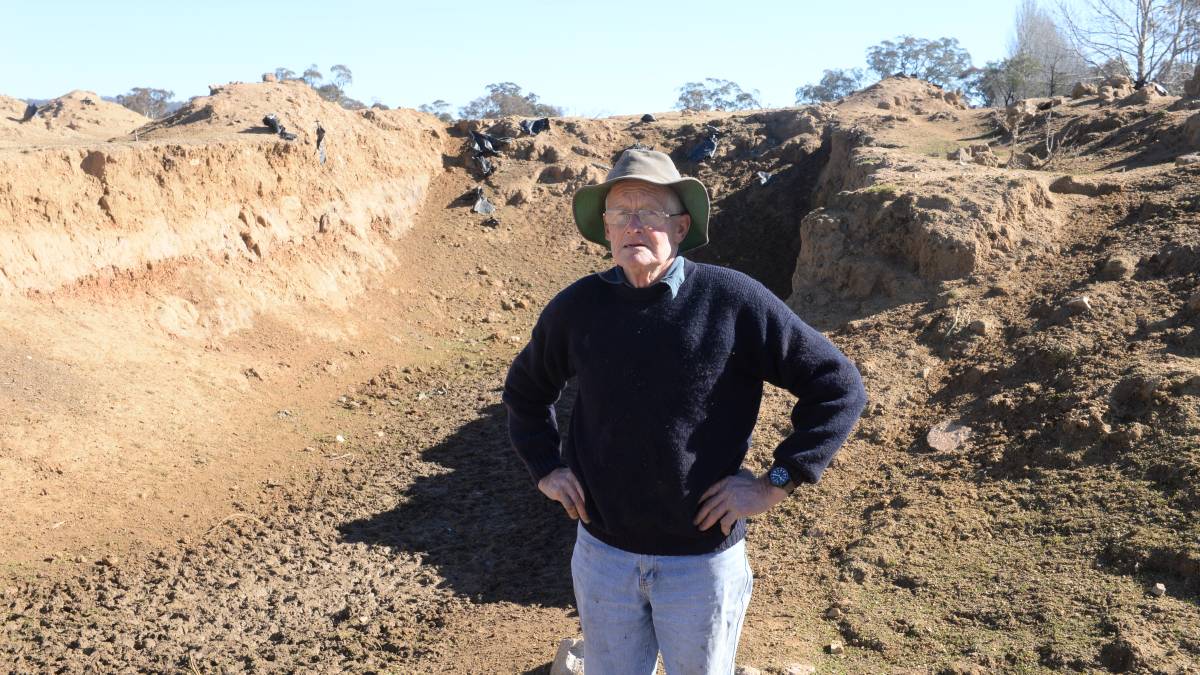 Richard Webb standing beside a silage pit with 70 lucerne bales buried (been in there for two years) which will be opened in a couple of weeks to one months time. This will last til the end of winter. Pits put in around 1984/85

Well-made and correctly protected from the elements, pit silage is ‘like money in the bank’ saving for a dry period, according to Richard Webb as he considers the condition of his cattle and sheep in relation to the current extended dry period.

The Webb family at “Wonga”, Tarana via Oberon are keen exponents of the art of pit silage having stored excess spring pasture growth when possible for at least the past 34 years.

“When we could we have made silage,” Mr Webb said as he discussed the fodder conservation program he and his son Bruce have evolved on the family property extending over 690ha.

“We have some silage wrapped for short term supplementary feeding, but for the long haul we prefer to have pit silage.”

Mr Webb said having silage stored underground gives a sense of security, knowing they have a cache of fodder ready for extended dry periods, whereas wrapped silage is used as short-term supplement to finish stock until the autumn break.

“It is like having money in the bank, drawing interest each day until we have to use it,” Mr Webb said.

It is like having money in the bank, drawing interest each day until we have to use it - Ricahrd Webb

“Provided it is quality pasture when put in the ground and the pits are sound, the silage will keep its value.”

Therein lies the crux of making pit silage according to Mr Webb, as pit silage will not turn poor quality pasture into highly nutritious fodder.

“Go for quality all the time,” Mr Webb advises as the cost of making silage is the same no matter the quality.

“We tend to bale on the dry side, when we can grab a handfull from the windrow twist it and a bit of moisture dribbles out … then it is about right.”

When preparing to conserve pit silage, Bruce Webb said it is important to get the moisture right, but it is a matter of observation and experience to know when it is ready to bale.

“It is also important to get the silage in the pits as quickly as possible after baling and cover it to preserve the nutrient quality,” he said.

“The beauty of silage is we have a wider window of opportunity to make it compared with hay. Oats with lucerne is good but if you can get some clover with oats, that is the best, but cut before the oats goes to head.”

Silage is unbelievable feed if made correctly

The value of having pit silage as backup for longterm dry periods for Richard and Bruce Webb is evident when the current stocking rate on their 690ha  “Wonga”, Tarana is considered: especially when the current prices and availability of fodder are noted.

“Our numbers are down … we have reduced our cattle due to drought and only have 100 females plus followers and are down to 2000 ewes joined,” Richard Webb said. 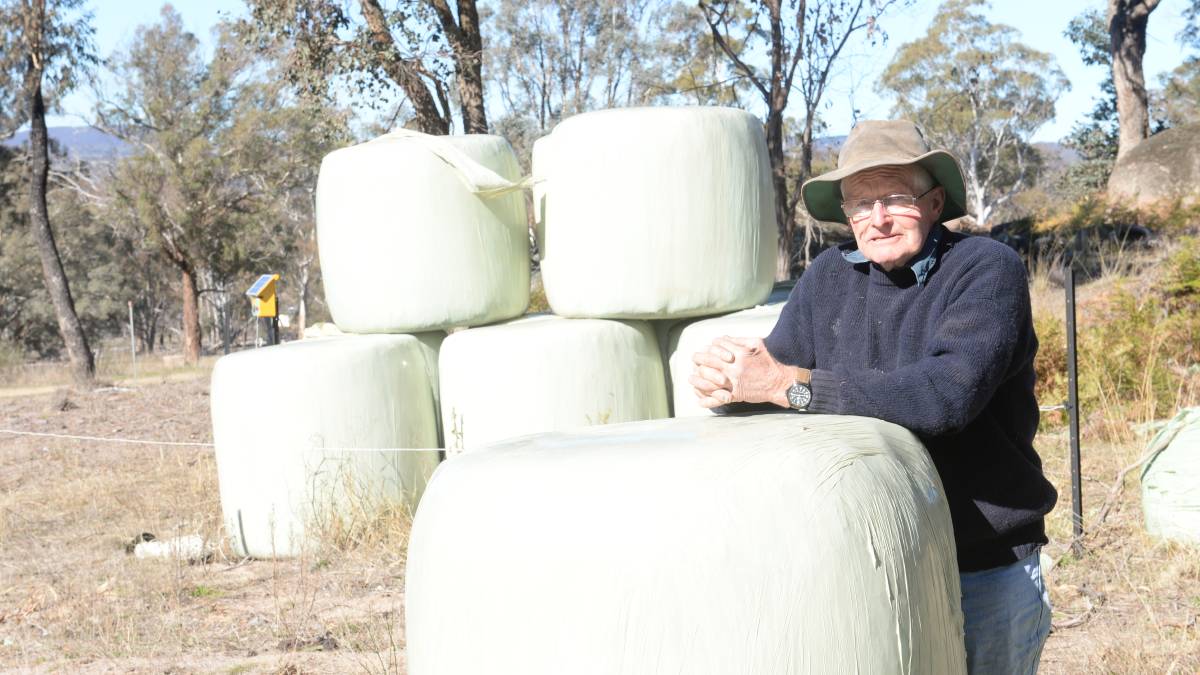 “But the great thing about having silage is we have been able to finish stock and are getting good prices for them, and we able to keep our core breeders.”

Mr Webb said the combination of pit and wrapped silage works well for the options of feeding their stock.

“We consider our wrapped silage is only for the short term, and it is the pit silage we conserve for long drought periods because it keeps its quality,” he said.

“We haven’t always been able to make silage because of the poor springs we have been experiencing so when we get the chance we make as much as we can.”

Five of the silage pits on “Wonga” are empty, with 70 bales of lucerne still to be fed from the last pit and Bruce Webb is hopeful of a good spring so they can be filled.

“We have been feeding out silage made 15 years ago, with other pits filled 11 years ago also fed out,” he said.

“It is an unbelievable drought reserve, especially when we can put away excess growth during a good spring, but it has to be made properly.”

Mr Webb further made the comment the need to maintain the soil covering of the pits is paramount to preserve the fodder.

“Silage will deteriorate if air gets in and the pits must have good drainage,” he said.

“The short term option of wrapped bales is good if we only need to feed for a short period.”

’silage pits saving the day at Dunedoo for decades’