Tim Wright "Lana" via Uralla has spent the last three decades making his farm more resilient to drought using a system of internal fences and watering points so cattle and sheep can be moved on with paddocks allowed to rest.

A late July rain shower on the north west slopes near Armidale, all six millimetres in the gauge, had the desired effect for long-time rotational grazier and holistic management advocate, Tim Wright, “Lana”.

A late July rain shower on the north west slopes near Armidale, all six millimetres in the gauge, had the desired effect for long-time rotational grazier and holistic management advocate, Tim Wright, “Lana”.

Grass sprung green from the native lovegrass and deep-rooted dandelions breathed a sigh of relief. From this, species would propagate, and from there new pasture would spring –  native grasses like Microlaena followed by wallaby grass and Poa tussock.

There are many graziers, right now, dreaming of just such a scenario. Mr Wright had the same vision and acted on it –  today he is reaping rewards.

Since the early 1990s Mr Wright has worked to create a network of internal fences and poly piping, delivering surface water from the Roumalla Creek, through solar powered pumps, to tanks along ridge lines, and from there downhill.

Lana’s system of numerous internal fences and watering points, designed to allow stock to graze intently for two to four days duration, has proven its worth –  despite criticism from the vegans and poorly educated politicians. In spite of that Lana, along with other holistically managed properties, does alright.

District rainfall records, taken from the Armidale Express and going back to 1858, say this year, measured from the end of June, has been the worst.

Yet Mr Wright in this season has not imported hay.

Education is the key to our future resilience and success if we are intent on surviving economically, environmentally and socially in Australia - the second driest continent on earth. - Tim Wright

“The hay is in the paddock,” he says. “It’s about how we manage these seasons. Where there’s a lack of a long-term grazing plan the result often leads to land with less resilience.”

It was clear this current drought was taking effect from January and in response Mr Wright destocked by 55 per cent – half of that being outside stock on agistment. He got rid of older ewes and cows and younger heifers, keeping core breeders and all his drought tolerant Merinos and some first cross Samm/ Merino ewes.

This year, after a dry spring and a lack of pasture bulk coming into winter, he delayed the joining of his cows and ewes.

“The grazing plan gave me the opportunity to look ahead. You’ve got to match your stocking rate to the carrying capacity of the land.”

For Tim’s father, Peter, the 1965 drought was a turning point. He started to question the prescription burning of paddocks just to gain green pick.

He was also deeply concerned about the ecological effect of drought on overgrazed landscape.

He kept more trees –  especially the old hollow ones – and made sure young ones had a chance. An increased bird population began to reduce insect pest populations. The result, in the mid 1960s, was a  state-designated wildlife refuge designed to demonstrate management for the environment could be economically viable at the same time.

For Tim, revelation came after the ‘81-’82 drought and triggered deeper concern for the future of livestock on Lana, in relation to declining terms of trade.

“The increasing cost of production with average cost of returns for produce was a real worry. We were barely breaking even,” he says.

He challenged the current hi-input approach and made the effort to learn a different way of farming.

He began the long and arduous journey that has resulted in internal fencing and water reticulation.

“The point is you’ve got to spend money on infrastructure to get to the point where there is minimum input cost,” he says.

“I wonder how many people in this drought might have been better if they had de-stocked a lot more and spent their money on wire and polypipe, and less on feed.

“We need to put dollars into solutions not band-aid treatments. The next drought will likely hit harder.”

Mr Wright is confident enough in his system to suggest the outlay can be paid back with increased production within two years – so long as land managers stick to the principle of working with nature, rather than against it.

Flogged paddocks, of course, will take longer due largely to reduced ground cover – which leads a to a drop in humus or carbon in the soil.

Over the years since he began this process of resilience, Mr Wright became frustrated with the sight of empty hay barns and tore them down, recycling the steel framing into fences and yards.

“I don’t intend to feed hay as my supply is still in the paddocks,” he said. “But I use by-pass protein such as cotton seed meal and copra meal, as a dry lick, along with pink Himalyan rock salt, which has a broad range of minerals in a balanced form. The a salt costs 50 to 60 cents a DSE per year.

“I’m convinced the sheep do not eat as much grass when they have a mineral balance,” he says.

The system of planned grazing, as advised by African ecologist and grazier Allan Savory has been attacked by vegans with an agenda to end meat production, saying his practices have not been scientifically validated, but Mr Wright reckons the system has merit – although he doesn’t advocate the popular “wagon wheel” approach to “cell grazing” with a ring of paddocks around a central enclosure.

Instead he prefers a system of “planned grazing”, in which each “farmlet”, made up of a number of fenced enclosures – a minimum of 35 paddocks per farmlet – which are rested for two to three months. 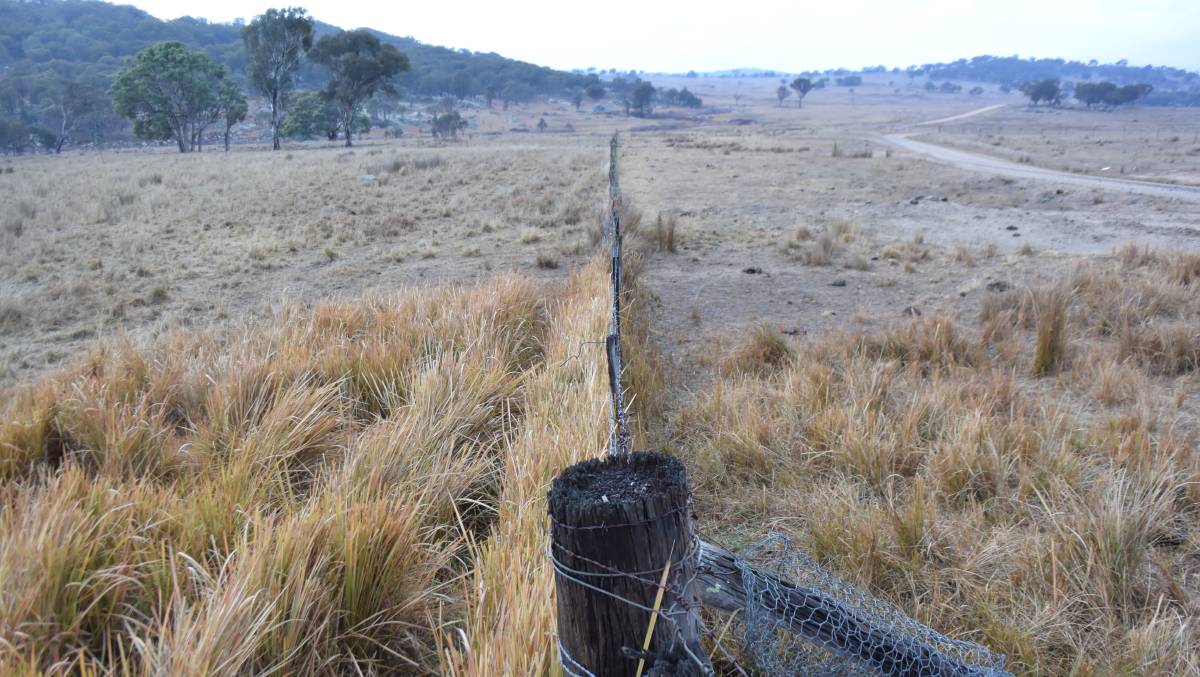 With the traditional long-graze period sheep and cattle will camp in favourite parts of the paddock and fail to make use of other areas. So Mr Wright has divided pasture parallel to ridge lines, where sheep tend to gather, forcing them down onto country they might otherwise avoid. But the short duration, combined with a higher stock density, results in a more even grazing over each paddock.

In fact, he says the short grazing plan means creek beds need not be fenced, because stock don’t have time to damage the fragile banks, which also helps the district’s endangered Bell turtle, and the platypus.

In the 1990s researchers like Dr Christine Jones and Dr Judi Earle worked on Lana to monitor changes. Within three years from the adoption of planned grazing, phosphorus levels more than tripled and calcium doubled – mostly thanks to the rapid increase in plant litter, a greater diversity of perennial species, some of those with deep tap roots, and this led to an increase in humus, mycorrhizal fungi and less bare ground.

“The bottom line is that this produced a much improved water and mineral cycle,” he says,” although I did find the scientific results very challenging at the time.”

Paddocks once dominated by speargrass  –  whose seeds had contaminated fleece up to 10 per cent, to the point that sheep on Lana had to be double skirted –  became rich in a diversity of species such as Poa Tussock, plume grass, wheat grass and Microliena.

Nowadays grass seed contamination has fallen to two to three per cent in the skirted wool and to one percent in the fleece line.

“The more we move the stock the more even grazing and the better the strength of wool and less worm burden – we are breaking the cycle,” he says.

Nutrient concentration in sheep camps that previously sprouted thistles has been dispersed as stock were forced into other areas. There is no longer a thistle problem and there is no need for herbicides.

There is little chemical use, other than sheep being drenched, with long-acting base –  strategically, pre-lambing and post weaning.

As a result a healthy population of dung beetles work 11 months of the year to limit blow-fly numbers to the point that non-mulsed sheep do not have an issue with fly strike.

Of course Mr Wright selects for plain bodied sheep which makes a difference but nevertheless his inputs regarding drench, fertiliser, pasture sowing and labour have all dropped by 70  per cent since implementing holistic management principals 30 years ago.

His super-fine wool attracts the highest premium, and this year he sold to Loro Piana.

“It’s the form of labour that has changed,” he says. “We use more contract and permanent casual.”

Mr Wright can say he is happy, in spite of the drought. He knows he is managing Lana the right way. His animals and wildlife are happy, although the current worst drought on record is a challenging time for all.

“Approximately 95 per cent of our stock and land health comes from the planned grazing approach,” says Mr Wright. “Allowing 90 per cent of our land to be rested at any time of the year.

“This holistic approach to farm management has come from education, not regulation.

“Education is the key to our future resilience and success if we are intent on surviving economically, environmentally and socially in Australia - the second driest continent on earth.”