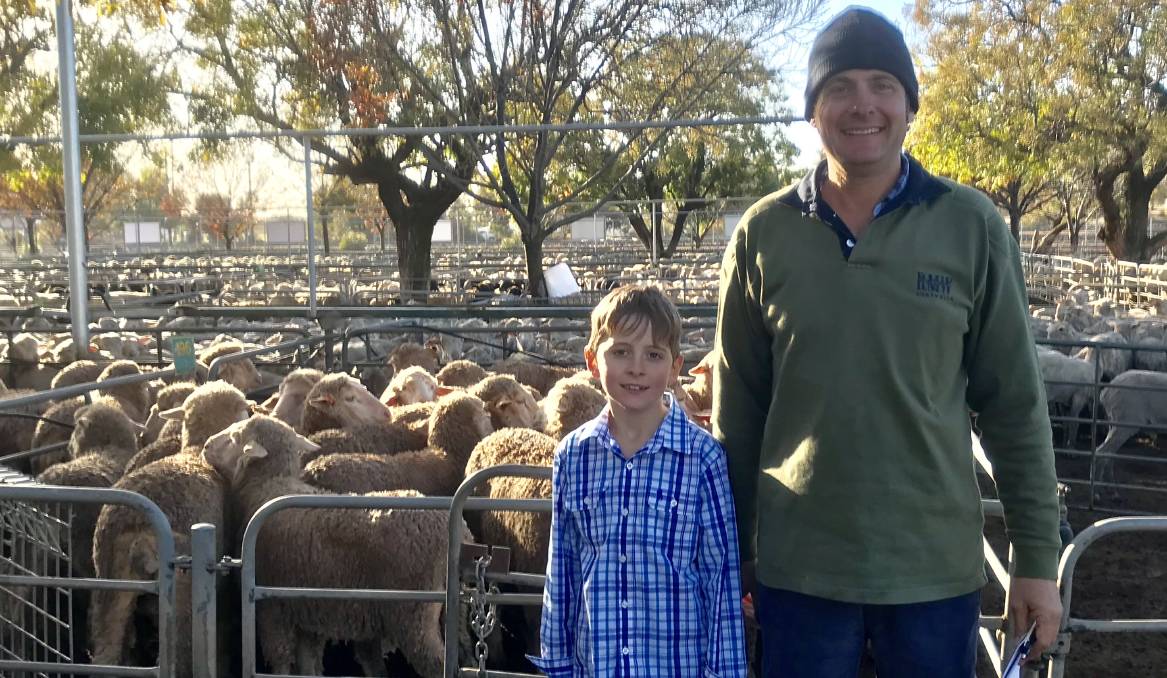 Lamb records have fallen again this week, and it's not just one standout pen skewing the perception of market outcomes.

Lamb records have fallen again this week, with a new national top price set at $350 a head on Monday.

And it wasn't an outlier, with all eastern states lamb indicators rising between 12-47 cents a kilogram in early trading.

Those indicators now sit at a premium from the same period last year of between 176-262c/kg, a significant jump in anyone's books.

The heavy indicator sat at 907c/kg yesterday, well above the trade lamb indicator at 866c/kg.

There is no data available for the amount of lambs that have been lotfed this year, but both the dry season and strong returns have no doubt seen a rise in the practice, contributing the the higher carcase weights.

The longer-term impacts of this will be interesting, especially if new infrastructure is being implemented.

No doubt there will be dry times again, however processors have been indicating they need a more moderate lamb carcase in recent years, targeting the 18-22kg.

But that certainly isn't what buyers are indicating this month, with heavy lamb per kilogram prices competing strongly with lighter weight categories.

The saleyards jostling for top spot in the record books have been driving those heavy lamb returns, with the race to a record likely encouraging producers to go to auction rather then direct, forcing processors to operate to fill orders.

And despite record saleyard prices and forward contracts that match the 900c/kg being achieved at auction being offered from processors, lamb slaughter has finally began to feel the tightening of availability.

The latest figures available show lamb slaughter dipped 6 per cent for the month of April, back 5pc year-on-year after trending higher for the first quarter.

This week it is Corowa on the Victorian-NSW border which holds the record baton with Walla Walla, NSW, farmers the Mickan family selling a pen of 40 lambs weighing 85kg live for $350.

That price trumped the $345 set at Griffith, NSW, a fortnight ago.

These figures are not one standout pen skewing the perception of market outcomes either.

For instance on Tuesday in Ballarat, lamb numbers lifted and heavy and trade lambs both lifted at least $10 a head.

A new record was set for the centre of $344, and according to the National Livestock Reporting Service, there were 10 sales above $300, made up of more than 1000 lambs.

ABARES put out their agricultural commodities outlook this week and it didn't have any reprieve for processors, or most likely consumers, in its forecasts for sheepmeat.

"If this forecast is realised, it will be the highest price in real terms since 1973-74," ABARES reported.