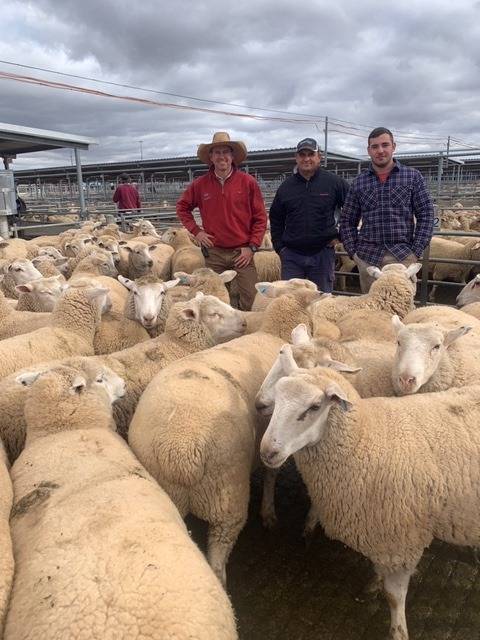 On Tuesday lambs at Forbes hit a new national saleyards record of $355 a head, while other NSW centres have recorded individual saleyard tops in the past fortnight.

Figures from Meat and Livestock Australia suggest the Eastern States Trade Lamb Indicator has set higher highs, and higher lows each year for the past seven years.

Mecardo analyst Angus Brown said it's rare to see a market of any description post new highs year after year.

"This is especially the case in commodity markets ... high prices encourage stronger supply, which sees prices fall," he said.

Mr Brown said supply increases have occurred during the past seven years, but demand had been stronger.

"The record supply years of 2015 and 2016 actually coincided with record prices," he said.

In the NSW markets this week, the record-breaking Forbes lambs were offered by Chris and Sharon Petropoulos, Champsaur, Forbes, through selling agents Forbes Livestock and Agency Company.

Thomas Foods International forked out the cash to buy the exceptional lambs.

Agent Randal Grayson said there were plenty of varied estimates as to the weight of the White Suffolk second-cross lambs, however the general consensus was they weighed about 45 to 46 kilograms (carcase weight).

"The thing about these lambs is they were totally finished on grass, rather than being finished on a grain ration," Mr Grayson said.

Traditionally, once new season lambs start to hit the saleyards the lamb market cools, however the price slip may not be as evident this year due to limited supplies.

This week a handy supply of sucker lambs also surged onto the Forbes market, but prices for trade lambs still lifted on average $4 to $5 a head on the back of a $3 to $4 lift the week before.

The pen of 83 crossbred lambs were sold by Merriwa vendors, Ray and Annie Inder and auctioned by the team at Peter Milling and Company.

Mr Inder said he was pleasantly surprised at the price.

This was a new record price for SELX, Yass, saleyards.

The lambs were estimated to weigh about 38kg, returning a estimated 900 cents a kilogram, and sold to Australian Lamb Company, Victoria.