First-cross ewes met a buyer frenzy at the 42nd annual Forbes first-cross ewe sale on Thursday when the whole yarding of 12,000 ewes averaged a record $361. 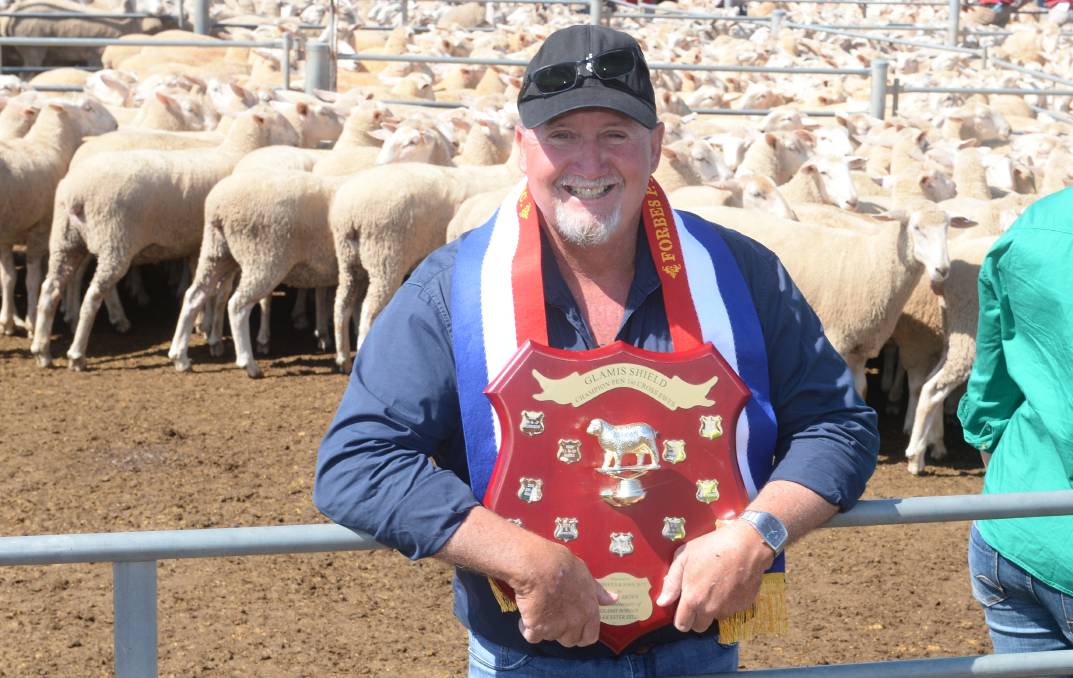 IT WAS records all round as an excellent introduction to 2021 during the 42nd Forbes first-cross ewe sale on Thursday when unjoined young ewes topped at $453, scanned-in-lamb first-crosses made to $470 each and the whole yarding of 12,000 young, old, and Merino ewes averaged $361.

The record smashing began when Geoff Jones of The Troffs, Trundle, took out the Forbes Show Society's Glamis Border Leicester stud trophy for the best pen of first-cross ewes for the fourth time in five years.

His winning pen of 214 Glamis/ Darriwell commercial Merino ewes, March/April 2020 drop and October shorn and mulesed, then sold as first pen of the sale at $432 a head.

They were purchased by John Wheeler, Canowindra through Allan Gray, Cowra.

In the Merino section top sale was from K.G. Green and Company's Olieview flock of Haddon Rig blood ewes, Parkes, when a pen of 148 ewes, May 2019 drop of 20 micron, sold at $340 a head to Robin and Sarah Lindsay, Tottenham.