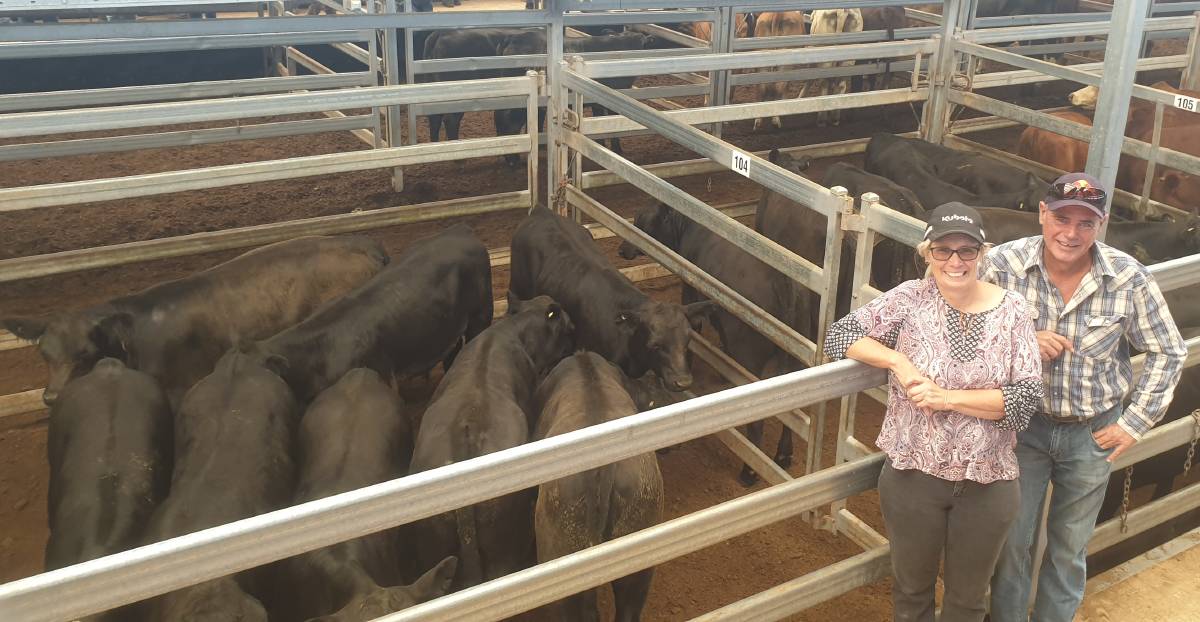 The battle for quality prime cattle has forced the market higher during the first full week of trading this year.

THE battle for quality prime cattle has forced the market higher during the first full week of trading this year.

Limited supplies, rain in some districts in recent weeks and better seasonal conditions (particularly in the north of the state) meant restockers went head-to-head with lot feeders and occasionally processors to fill their orders.

Vendors at the Tamworth prime sale on Monday were caught by surprise when their cattle sold much better than expected.

Kevin and Lisa Buggy, Keira, Tamworth, sold unweaned Angus and Angus-cross steers for 610c/kg (liveweight). The couple last sold steers at Tamworth in November where they made 490c/kg for similar calves indicating the lift in the market during the past few months.

A much bigger buying group of restockers and lot feeders made their presence felt at Wagga Wagga prime sale on Monday and forced prices for yearlings up at least 12c/kg when compared to the week before.

Yearling heifers were as much as 40c/kg dearer with lot feeders taking the lion's share and paying up to $2032/head for heavier pens.

Meat and Livestock Australia reported a significant portion of the stock bought at Wagga were destined for northern feedlots and paddocks.

Young cattle to the restockers sold to a strong trend at Carcoar on Tuesday with the young steers selling to 600c/kg.

MLA reported the return of a Hunter Valley export processor to the Carcoar buyers' rail, along with all the regular buyers, help push up values during the sale.

Young cattle to restock and feed were significantly dearer than levels before the break at Gunnedah on Tuesday, although with only 315 head offered there was limited buying opportunities.

Across the board rates for yearlings sold over the hooks were 37c/kg to 38c/kg (cwt) dearer than pre Christmas.