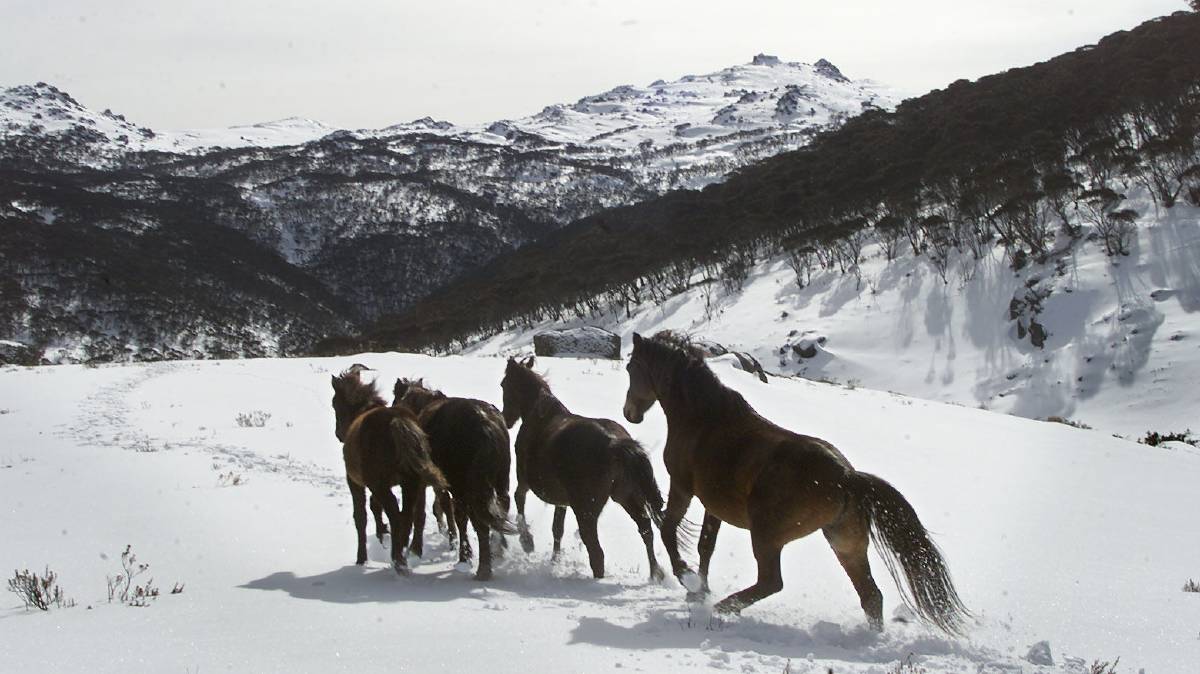 A STATE government survey has highlighted the need to to manage the wild horse population in the Kosciuszko National Park.

The report, released by the government on Wednesday, revealed more than 14,000 wild horses called the park home during the surveyed period of spring 2020.

The data also showed the population had shrunk from 19,000 animals, due in large part to management techniques by the NSW National Park and Wildlife Service (NPWS).

However, NSW Environment Minister Matt Kean said the results reaffirmed the need to manage the horse population through approaches including passive trapping and re-homing.

"I remain 100 per cent committed to managing the very sensitive areas of the iconic Kosciuszko National Park on the basis of the best available science," Mr Kean said.

"We will always have wild horses in Kosciuszko, but 14,000 is still too many.

"If we want to preserve this precious place and the plants and animals that call it home, we need to manage horse numbers responsibly.

"We can now be confident that we have the most up-to-date data as we get the balance right, protecting the snowies and retaining the heritage value of these wild horses."

The move to decrease the number of horses in the park has the backing of Nature Conservation Council acting chief executive Jacqui Mumford, who said it was pleasing that the population could be decreased by as much as 95 per cent.

"We must always aim for the eradication of destructive feral pests, especially in our national parks, but total removal is possibly unrealistic.

The council's calls for eradication come after The Nationals recently softened their stance on removing the animals from the park, but didn't go as far as to repeal the Kosciuszko Wild Horse Heritage Act, which limits the removal of the brumbies.

"There are many challenges that conservation managers and scientists face in hitting that target, not least of which is the 2018 Kosciuszko Wild Horse Heritage Act that gives wild horses special protected status," Ms Mumford said.

"That law is a significant impediment to practical, science-based management of our alpine parks.

"We encourage the government to urgently repeal the act so conservation managers can protect threatened species like the corroboree frog and their fragile mountain streams, which are being trashed by thousands of hard horse hooves every day."

The most recent survey differed from the 2019 study in that it only surveyed animal numbers in Kosciuszko National Park, unlike the 2019 survey, which covered the entire NSW and Victorian Alps region.

Results taken from last year's survey will help shape a new wild horse management plan, which will aim to reduce the horse population to a sustainable level, while protecting the environment and recognising the wild brumby's heritage value.

In 2020, more than 340 wild horses were re-homed through government programs, while NPWS also removed more than 3,000 feral pigs, deer and other feral animals.

The efforts come after a 2019 aerial survey discovered brumby numbers in the national park had skyrocketed to 25,000, which led the Invasive Species Council to declare that the world-renowned Kosciuszko was not a national park anymore but a "horse park".