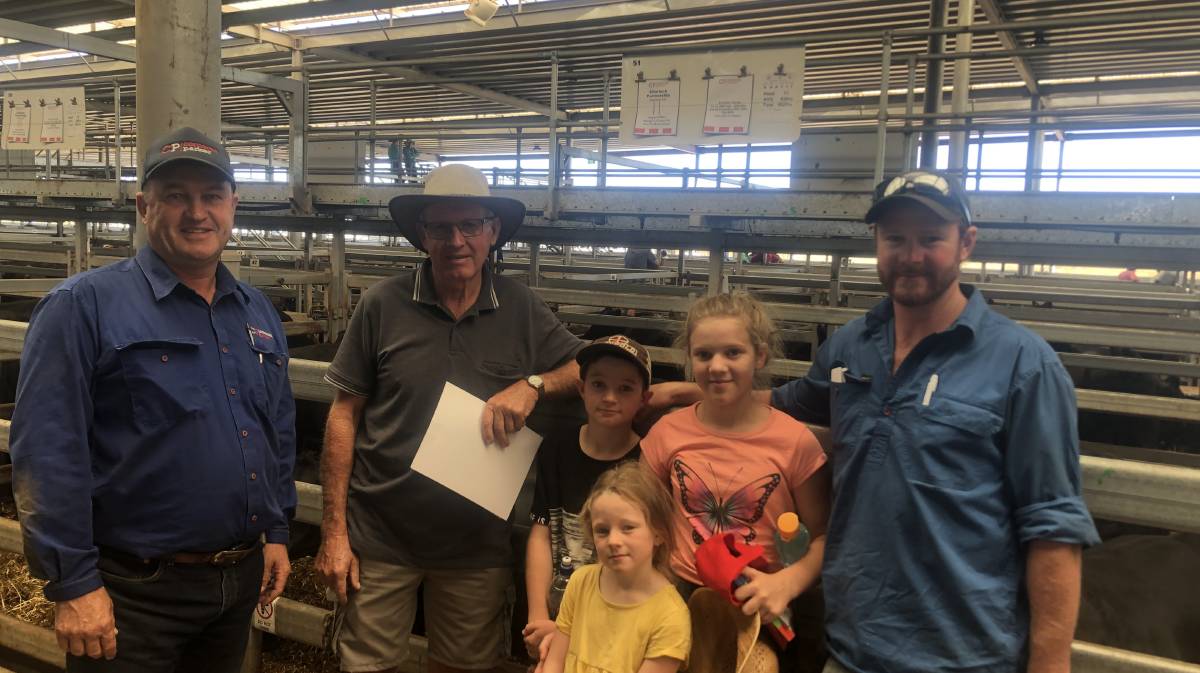 The yarding of 2320 head for the NVLX Wodonga annual female sale attracted determined demand from producers keen to acquire quality breeders with or without calves on Thursday.

The yarding was dominated by black cattle and fair to say the quality and condition of all stock was a credit to vendors.

The shortage of breeding females of quality has been an issue hanging over the industry for some time and with confidence lifted due to an excellent spring last year and continued demand for prime cattle, values were solid across all types on offer.

The offering featured dispersal sales of quality herds and lines of females especially purchased and joined for this annual event, along with many pens presented by returning vendors.

The majority of the offering featured cows with calves and depastured to calve in the late summer and autumn.

The yarding averaged $2643 across all types of offer.

Representative sales for cows with calves included eight Angus with Limousin calves, 619kg and two and half years offered by Paul and Vicky Hourigan, Everton, Vic sold for $3350: 12 Rennylea-blood Angus, rising two and half, 505kg with Brewers Black Simmental calves and NSM offered by Charlock Partnership, Charleroi, Vic sold for $3280 and ten Angus, 22 months with Burnima Angus-blood calves and NSM sold by K and W.M Bucholtz, Norong, Vic for $3520.

Udal Pty Ltd had a complete dispersal of their autumn calving herd which was originally based on Pathfinder Angus blood with recent genetic introductions from Glendalloch Angus.

R.T and M.J Nelson, Benalla, Vic received $3580 for two Charolais with calves and depastured to Chenun Charolais bulls while they got $1670 for 14 unjoined Charolais heifers weighing $1670 and $2880 for eight rising two year heifers, Palgrove blood weighing 689kg and depastured to Red Angus bull.

Buyers from northeast Victoria with very competitive with some interest from Cootamundra and Finley.