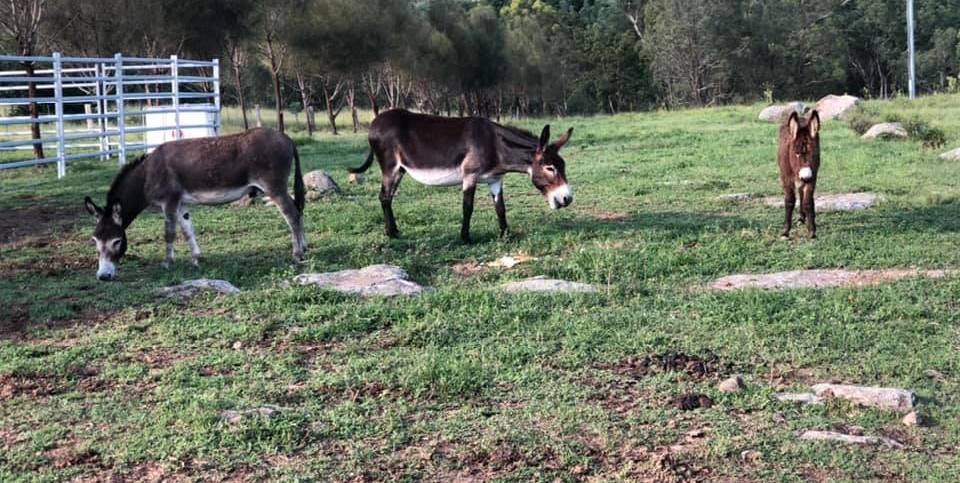 The sale of three donkeys at last Saturday's store cattle sale at Singleton sparked a wave of interest from buyers. Photo: Supplied

The top-selling donkey attracted a price of $3000.

Around 700 head of cattle went under the hammer at the first Singleton store sale of 2021, but it was three donkeys that arguably garnered the most interest.

A male, female and foal offered up by a local farmer attracted plenty of inquiries in the lead up to Saturday's sale.

The spectacle failed to disappoint as the jenny was snapped up for $3000 while the jack and foal brought respectable price tags of $1700 and $1300 respectively.

Impressively, the sought-after donkeys sold above the sale's cow and calf average.

"The gentleman who bought the jenny is a local hobby farmer and I'm not sure what his plans for the donkey are, he may have bought it for a bit of fun," Bailey Livestock stock agent Zac Ede said.

Donkey All Breeds Society of Australia president Tracey Hillier said it was not uncommon for donkeys to attract those prices.

"Depending on whether the animal has been trained in any way, it is pretty normal to see them go for thousands of dollars," Ms Hillier said

"In Queensland at the moment, donkeys fresh out of the desert usually go for $1000 or more.

"Most of them go as guardians for sheep or cattle herds, so I am not at all surprised to hear them going for that much, but it is a little bit unusual to go for that much at a saleyard."

Donkeys are quite prevalent in the region with the last highly-sought donkey going for $2700 at the Pentire Angus stud sale last year.

"They are very popular in NSW and especially in the Hunter region," Ms Hillier said.

"It all depends on the person, what they think the animal is worth and what they are prepared to pay."

Wild donkeys have created such problems in the state's west that Local Land Services (LLS) have fitted four feral donkeys with GPS tracking collars to not only lead authorities to larger populations that are being controlled through an aerial shoot program, but to also monitor the movement of the animals.