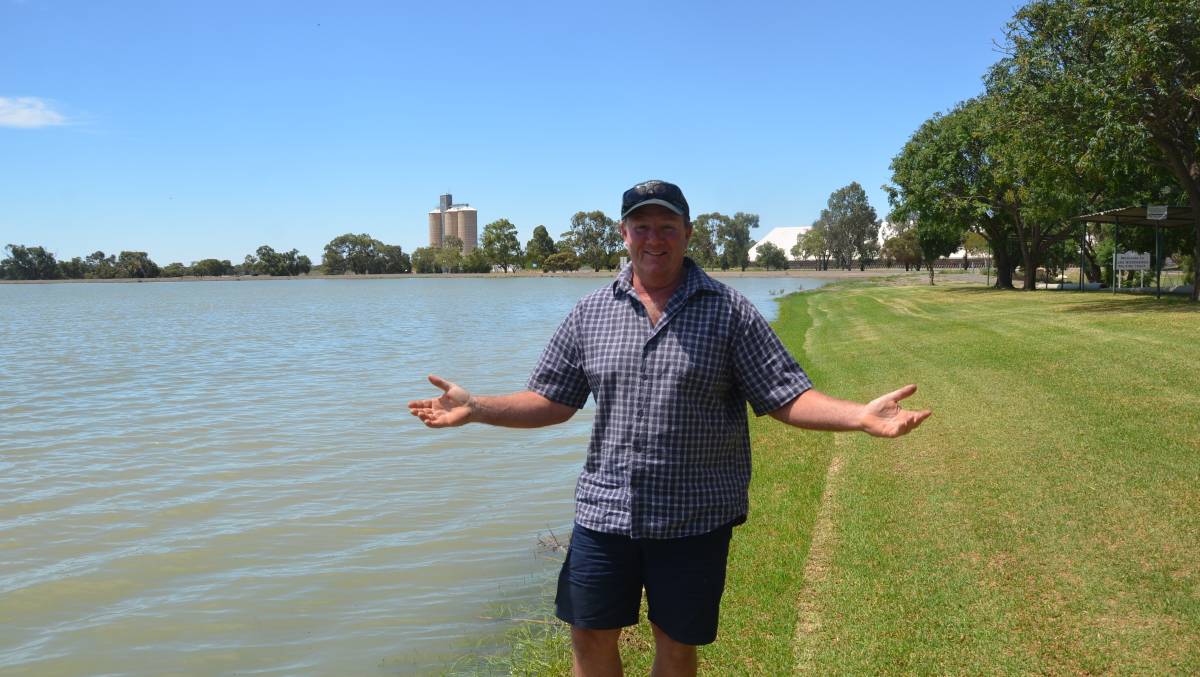 Carrathool Shire Council mayor Darryl Jardine at the recently filled Lake Woorabinda, Hillston which was virtually empty for four years during the drought.

Hillston residents are rejoicing with the town's lake filled for the first time since 2017.

Lake Woorabinda was built by a dedicated group of locals back in 1972 but for four years during the latest drought it laid virtually empty.

"It's been a few tough years, and there is nothing worse than looking at a big, empty hole in the ground when it's 40 degrees," Cr Jardine said.

"But council's lobbying has paid off and now we can see the result and it's fantastic."

Cr Jardine said the lake is up to two metres deep in the centre and it took around 10 days to fill earlier this month, with close to 30ML pumped into the lake from the Lachlan River each day.

"On a good warm weekend day in the summer you'll get about 10 boats here and up to 120 people," he said.

The Hillston Outback Triathlon, which has been running for more than 20 years, is on again on March 7, but this year they will not have to resort to the pool for the swim component.

"They're going to have an open water swim again this year after about four years, which is fantastic, I believe it's one of the only open swim water triathlons around," Cr Jardine said.

He said council had made use of the period when the lake was dry, carrying out works to stabilise its walls, laser-level the bottom of the lake and build a walking track around its circumference, all in anticipation for the day it would be filled again.

It is hoped the Lake will attract more visitors to the region, with the Hillston Caravan Park located on its banks.

"When caravaners are allowed to travel freely again we welcome them with open arms," Cr Jardine said.

Have you signed up toThe Land's free daily newsletter? Register below to make sure you are up to date with everything that's important to NSW agriculture.