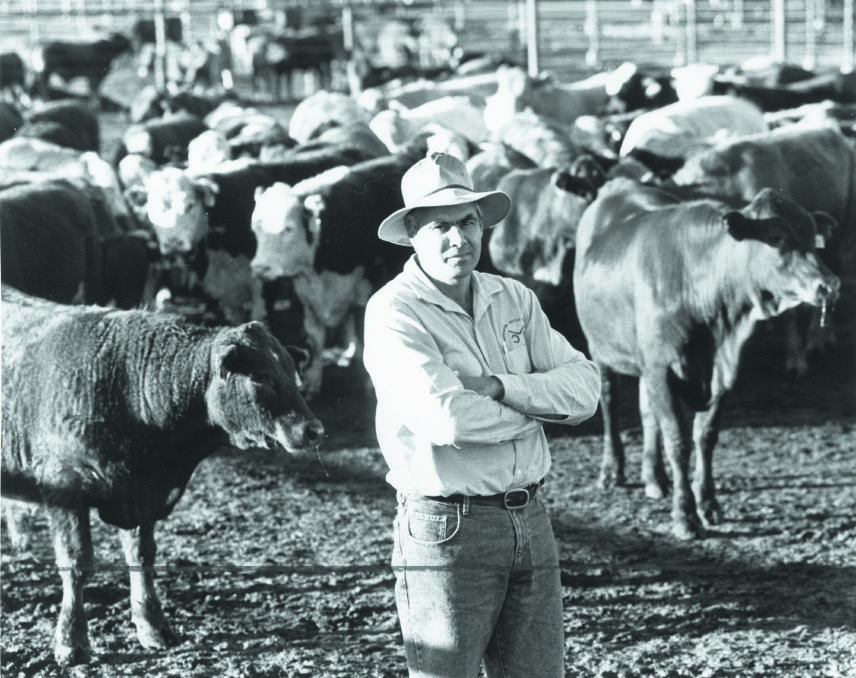 Des Rinehart managed Lillyvale Feedlot at Condamine before moving into R&D. He received ALFA's Outstanding Services to the Lot Feeding Sector Award in 2019.

The lotfeeding industry has overcome many challenges and ALFA has been at the forefront of research and development.

FROM self feeders in paddocks to automated feeding systems and weather systems to determine heat tolerance, the Australian lotfeeding industry has overcome many challenges.

The feedlot sector's research and development program has had a hands-on approach from the beginning, with cooperation from individual feedlots in trial work, and knowledge shared widely across the industry.

Early R&D work was mainly focused on improving rations and feeding performance, with trials held at various feedlots given a boost with expert opinion from renowned US nutritionist Bart Cardon.

Another US specialist who helped Australian lotfeeders refine feeding techniques was Hollis Klett, who first visited Australia in 1989 and worked with many feedlots on the Darling Downs to develop computer-devised ration formulations, bunk management programs to measure performance, and grain processing technologies, such as steam-flaking.

One of his ventures, Performance Feeds, pioneered the establishment of liquid pre-mixes and feeds, replacing pellets or powdered mineral and vitamin mixes.

Feeding methods have evolved over the years, and current R&D around feeding is focused on automation, with the BunkBot robot being trialled over the past few years.

Developed by Brisbane-based automation and robotics solution company Manabotix, the BunkBot is an autonomous robot for manoeuvring a feed bunk scanner around a feedlot, which has been proven to be more precise and accurate than human bunk callers.

The prototype underwent initial testing in 2019 at Pinegrove Feedlot as part ALFA and MLA's joint grain-fed levies R&D program, and the feedlot is set to integrate the technologies into routine bunk calling operations at the feedlot.

Increasing feedlot efficiency and long-term sustainability is the focus, with automated solutions set to save time and labour and improve feeding precision.

Other projects includes research into feed additives for methane emission suppression and the development of materials that outline pathways to carbon neutrality for Australian feedlots. 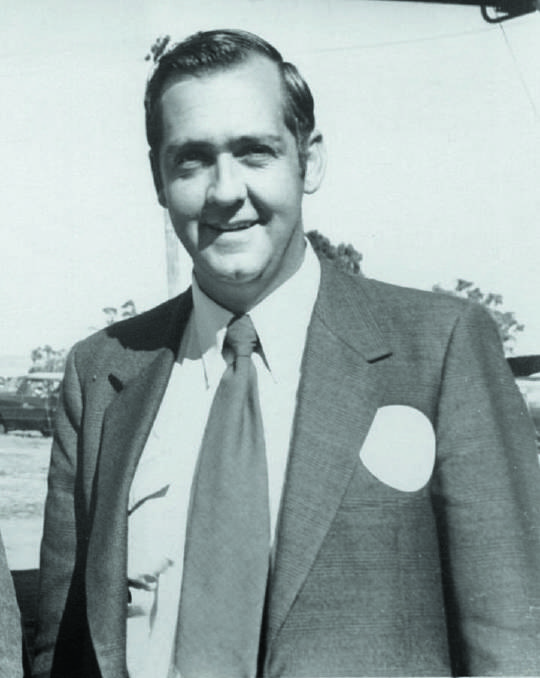 Environmental issues have always been a high priority for lotfeeders, and while there were major problems at the beginning, the sector quickly developed protocols, making it one of the most proactive industry bodies when it comes to environmental work.

The establishment of the National Feedlot Accreditation Scheme (NFAS) is widely considered one of the feedlot sector's biggest achievements, and more than 25 years on, it's still an incredibly important quality assurance system.

Beef City, Lillyvale and Sandalwood feedlots were among the sites that hosted odour research; and by the 2000s, better yard designs, drainage, and the establishment of effluent ponds and pen surface management helped to moderate odour issues.

Another early issue was the perceived impact of feedlot effluent on groundwater reserves in nearby areas, an issue that was disproven through trial work at Beef City and Kerwee.

The NFAS has stood the test of time and continues to evolve each year as the industry discovers new knowledge and innovations.

Extensive R&D work on animal welfare began in the early 1990s, with the main focus being heat load risk management.

In February 1991, a heat stress event caused by high temperatures, high humidity and no wind led to 2680 cattle dying at a Qld feedlot, prompting a three-year R&D project looking at shade and other preventative measures, led by Lloyd Fell from the NSW Ag Department.

Feedlots began to install shade, but after a milder heat stress event at a feedlot in southern NSW in 2000, a dedicated Heat Stress Research Implementation Committee was established, which included lotfeeders, government representatives, regulators, vets and other stakeholders such as RSPCA.

It took a decade, but extensive research led to the development of a sophisticated heat load risk assessment process, which became part of the NFAS.

Pad and water management has also improved, along with pen cleaning and ration adjustment, as well as shade protection, which has been installed in the vast majority of feedlots where heat is an issue.

MLA has continued to research the impacts of shade and shelter, including covered housing systems in southern productions systems, and ALFA recently announced its initiative to encourage all feedlots to provide cattle with access to shade. 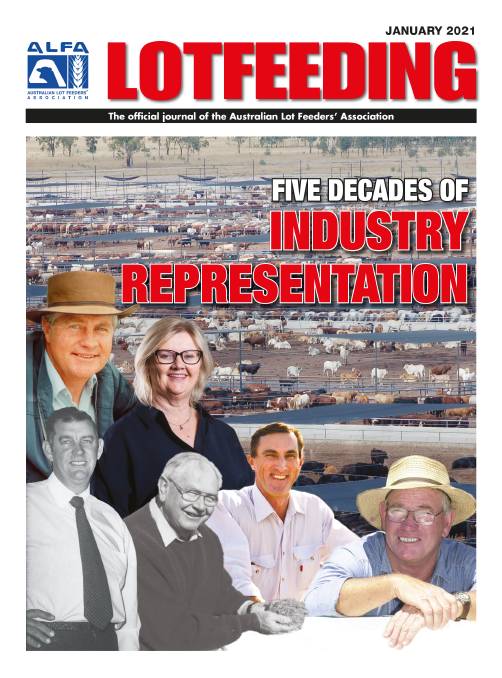 Click on this image to read more about the Australian Lot Feeders' Association.

Along with extensive trials around feed intake and cattle performance in a feedlot, the Beef CRC, which had a grain-fed research program based at its Tullimba research feedlot near Armidale, was responsible for the development of a series of vaccines for bovine respiratory disease (BRD), including Bovilus and Pestigard.

BRD is the most significant disease in feedlot cattle, and is estimated to cost the industry $40 million each year in drug expenses, mortality and loss in average daily weight gain.

Research in this field is continuing, with a team of scientists at Sydney University currently developing a new novel vaccine with support from a $1 million MLA investment.

Their goal is to develop a vaccine which is cheaper and easier to make, easier to store (current vaccines need to be refrigerated), and easier to be administered to animals.