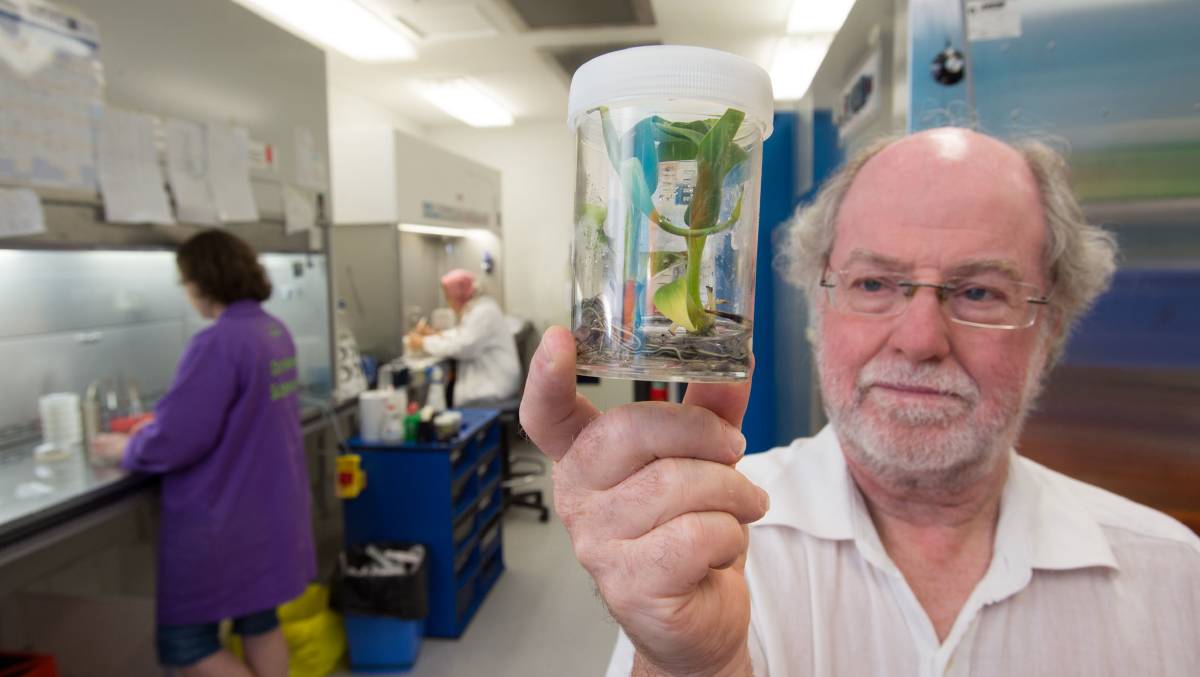 University of Queensland professor James Dale and his team are using CRISPR to cut and paste bananas in their search for disease resistance.

University of Queensland scientists that created a genetically modified Cavendish variety banana are now able to tweak the genetic code through the use of CRISPR thanks to funding from Fresh Del Monte.

A team at the University of Queensland is taking the next step in their search for a banana that resists the global scourge of Panama disease.

Led by Professor James Dale, they have already produced a genetically modified Cavendish that can stand up to tropical race 4 - the worst form of the soil-borne fungal disease.

Their work caught the attention of US firm Fresh Del Monte, who have now chipped in research money to take its resistance to another level - this time tweaking the DNA code of an ordinary banana with a pair of tiny gene snips, in a process known by its acronym CRISPR.

"While our success in developing a disease-resistant genetically modified line of Cavendish is a world-first achievement, this funding will enable us to develop the next generation of TR4 resistant Cavendish bananas," Professor Dale said.

He said the field trials showed high expression of a gene derived from a wild banana provided resistance to TR4 disease.

"Although (this gene) is also present in Cavendish it is not expressed."

Panama Disease has spread around the globe, probably carried illegally on plants, in their soil. In the Philippines the disease has caused widespread issues with production. Parts of the Middle East, Israel, Jordan and Mozambique are infected.

Most recently, in 2019, the disease was found for the first time in Colombia. South America as a region produces 85 per cent of export bananas.

It is endemic in the Northern Territory, arriving there in the 1990s - probably on suckers and is confined in Queensland. 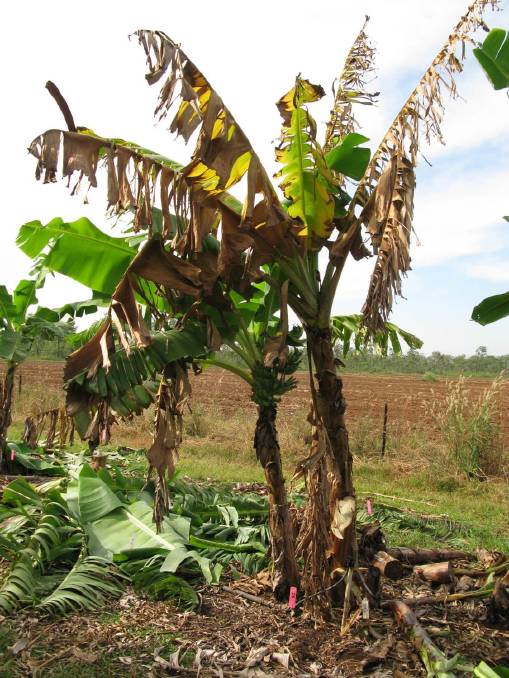 The soil-borne Panama Disease Tropical Race 4 can remain on a quarantined farm for more than 40 years and has the potential to devastate global production of Cavendish.

Consumer reaction to genetically modified foods varies with the product. Prof Dale said an interesting example of acceptance was the Del Monte Rose pineapple, one with pink flesh and anti-oxidants that has no problem selling for a "pineapple", with little change from a $50 note.

Prof Dale's own team have created a GM banana bursting with vitamin A, funded by the Bill and Melinda Gates Foundation in order to supply African children with a snack that might improve their eyesight. The modified banana is still undergoing field trials in Uganda but should be released onto the market by the end of 2022.

Trials of UQ's TR4 resistant GM Cavendish began seven years ago in the Northern Territory, funded by Australian Banana Research and from that and a subsequent larger trial - which yielded good data - one line has expressed itself as exceptionally resistant to the disease. It is likely that line - replicated through tissue culture - will be taken through to commercial availability.

The process just to get to field trials is a long one and Prof Dale said it could be four years before the new banana plants get planted in field conditions, rather than the hothouse.

"They can do all these incredible things in the glass house but we need field performance."

Prof Dale said the technology at hand right now has the potential to add diversity to agriculture by allowing small, sweet varieties like the Malaysian Sucrier to return to supermarket shelves.

"We can take the terrific banana varieties that have been affected by Panama Disease and bring them back online through gene editing," he said.

Bananas bounce back on Coffs Coast.