Chief executive Carolyn Hall says the Mulloon Institute plays a big role in the "trickle down" effect of regen ag advances in Australia.

It would be foolish to cut agriculture away from the process of meeting 2050 zero carbon emissions targets, the Mulloon Institutes's chairman Gary Nairn says.

Speaking at a NSW Farm Writers' luncheon, Mr Nairn said any decision to do that was "ill-founded" as this would prevent agriculture from being part of the huge opportunity of being at the forefront of change.

"I don't see agriculture included in any climate target as a problem for the ag sector at all. You can't move ahead unless you are part of it."

Nationals leader Michael McCormack has stated that ag should be excluded from any taxes or requirements in moving towards zero carbon emissions by 2050 as this could hurt regional Australia.

The Mulloon Institute is a major regen ag and rehydration research body set up by Bungendore farmers along Mulloon Creek. Mr McCormack and the Prime Minister Scott Morrison have both visited one of the farms, bequeathed by Tony Coote, and praised its work.

Mr Nairn said the thrust of the Institute's work was to make sure "more rain stayed on the farm", "slowing down waterflows, increasing cover cropping and boosting soil health".

The Institute's aim is to help rehabilitate and rehydrate 2.5 million hectares of farm land in Australia.

Mr Nairn said farmers could lead the way in carbon sequestration by having better soil health. "We should be putting carbon back were it belongs - in the soil," he told the luncheon. 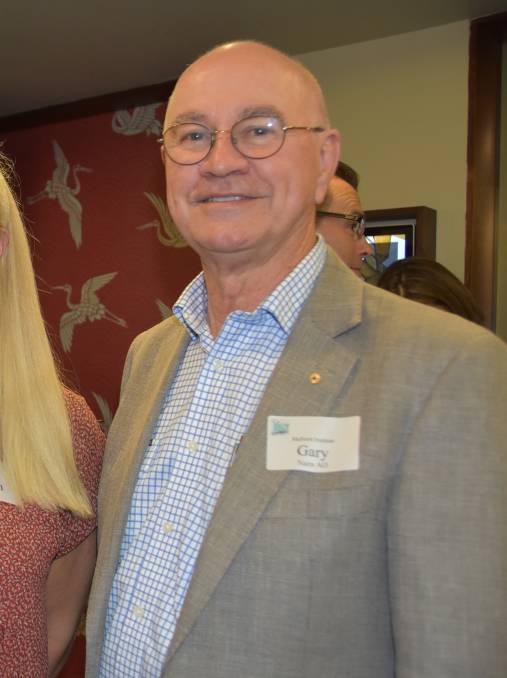 Farmers would be more involved in carbon credit trading and this needed support at a federal level - so farmers could benefit financially.

He said the great work already done near the Institute's farm had shown rehydration could help slow bushfires.

Chief executive Carolyn Hall said there was a huge job to rehabilitate land in Australia that had been eroded since settlement. She estimated there were 1 million kilomteres of incised valley floor in Australia.

The Institute wanted to expand its rehydration initiative internationally. Farmers still needed regulatory help from governments to help rehydrate their landscapes. Some of the secrets to the rehydration of farms were "leaky weirs" to rebuild aquatic and riparian landscapes on farm or essentially "rebuilding wetlands".

A number of endangered frogs, including the highly endangered yellow-spotted bell frog, were released into areas rehydrated by the Institute's work near Bungendore. (The last of that frog population was only held in Taronga Park Zoo). Restrored wetlands were building a whole new ecology on farm.

"Landscape repair is the key to the new paradigm."

She said there was a paradigm shift to regenerative agriculture.