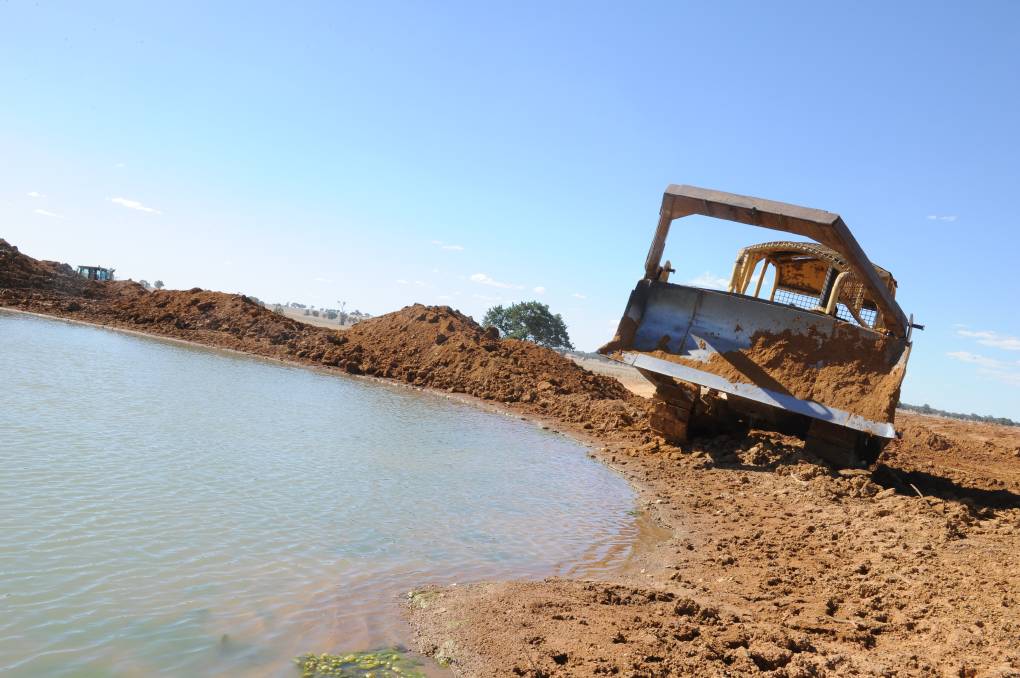 A Slattery and Johnson report found on farm storages have increased by 142 per cent in the Northern Basin since 1994, but irrigator groups argue this does not indicate a proportionate increase in floodplain harvesting.

The report states that there is a strong correlation between the capacity of on-farm storages and the amount of floodplain harvesting (FPH) undertaken, and questions whether the NSW government will limit FPH extractions to the cap - which is based on the 1994 level of development - as is promised when they legislate the practice later this year.

However, Northern Basin irrigator group advocates argue it is wrong to suggest that an increase in on-farm storages has led to a proportionate increase in FPH, with storages an integral part of water management when it comes to retaining rainwater and licenced groundwater or surface water.

Author of the report and former Murray Darling Basin Authority director, Maryanne Slattery said they began the project because the NSW government had previously failed to provide evidence on how the relevant historical on-farm storage levels were calculated. 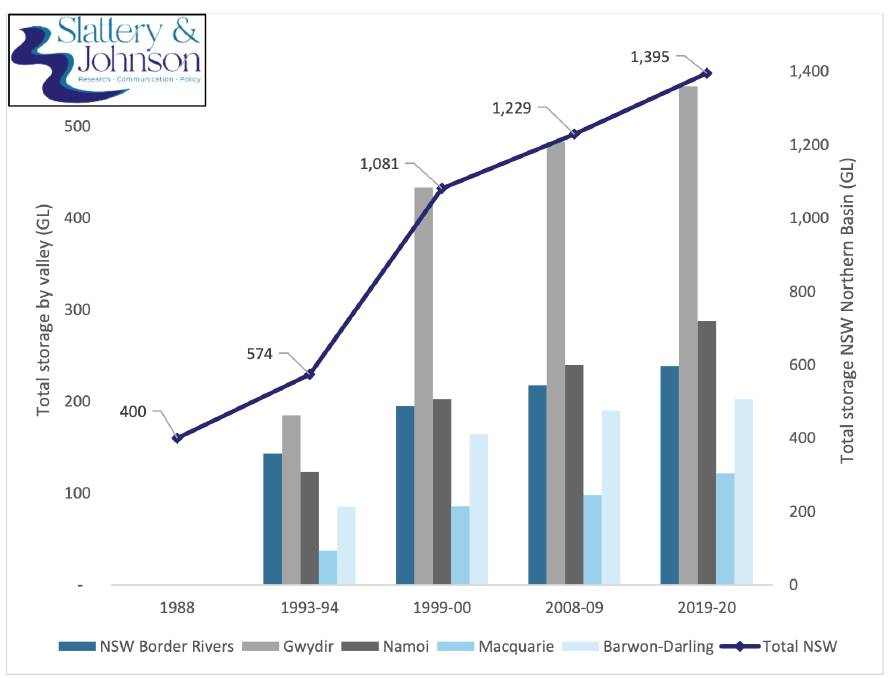 Since work on the report began the Department of Planning, Industry and Environment (DPIE) have released peer-reviewed information on current and historical on-farm storages for the Border Rivers and Gwydir valleys and said similar reports on the Macquarie, Barwon-Darling and Namoi will be released over the next couple of months.

The DPIE historical information is similar to what the report found.

Ms Slattery said although it was clear on-farm storages were not a one for one indicator of floodplain harvesting, they did reflect the capacity to take extra water.

"It's really up to the department to explain how you can have such a huge increase in development, which hasn't been checked by caps, but we're led to believe there was only a 10 to 30 per cent increase in floodplain harvesting," she said.

However, Namoi Water executive officer Jon-Maree Baker said floodplain harvesting was a separate issue to the growth of on-farm storages, which had been driven by a range of different governments policies since the post-war years.

Ms Baker said the development of on-farm storages began in the 1960's as both flood protection measure and because the State river operators were unable to supply water continuously meaning crops failed.

"This lead to the development of flood management plans to ensure connectivity was maintained on the floodplains around this development," Ms Baker said.

"Since then a range of government policy has required farmers to invest in infrastructure to protect the environment, and ensure farmers were sustainable and efficient in their water use protecting a precious resource.

"The reality is there are very few on-farm storages which are built solely for floodplain harvesting, the majority take all sorts of licenced sources of water."

The sentiment was echoed by the DPIE who stated "floodplain harvesting is opportunistic and episodic, so on-farm storages are used for several purposes, including the storage of water taken under groundwater, supplementary and general security access licences."

Gwydir Valley Irrigators Association executive officer Zara Lowien added at times irrigators in their valley were only offered deliveries from Copeton Dam for a short period of time, meaning in some circumstances irrigators had to store an entire season's worth of water on-farm.

"On-farm capacity doesn't equal floodplain harvesting capacity, it's a lot more complicated than that which is why the government has invested time and resources into the process," Ms Lowien said.