Indian duck beats chooks to be named bird of the show. 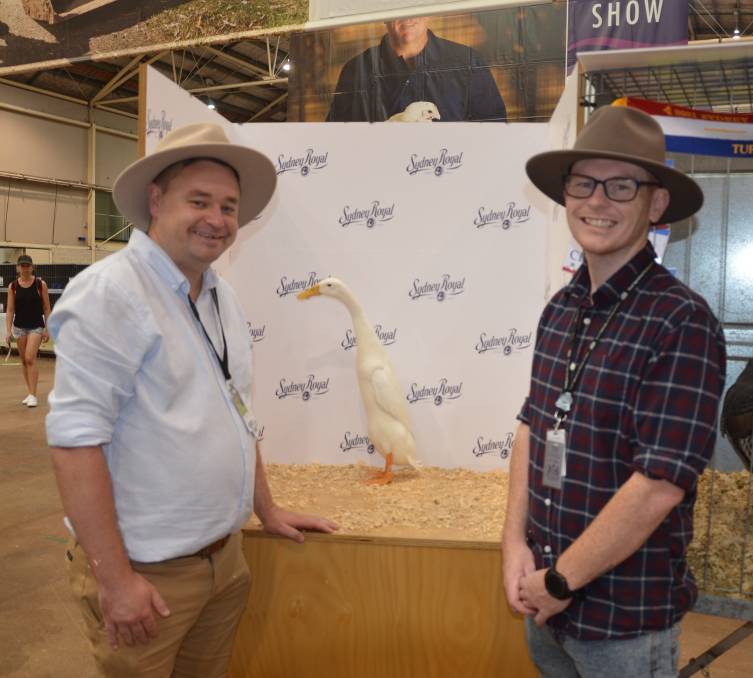 Danny Benn and Gerald Farrugia, Wollongong with their history making Indian Runner duck who was named grand champion bird of the show.

There's a new pecking order in the poultry shed with a duck named grand champion bird of the show at the Sydney Royal for the first time in the show's 199 year history.

To add to the extraordinary achievement, for just the second time ever the poultry winner has been included in the Sydney Royal's grand parade, held by his proud owners, who will be chauffeured around the main ring.

It was a white Indian Runner duck who beat out the chooks, including a black Orpington and black Leghorn, to take the top spot on the podium.

The second year drake was bred by Danny Benn and Gerald Farrugia, Wollongong, who said they almost fell over when the award was announced.

"We knew it may happen one day but we didn't expect it so soon, to beat the chooks was a big, big thing for us," Mr Benn said.

"We were standing with all the waterfowl people around us and it felt like a collective win for everyone," Mr Farrugia added. 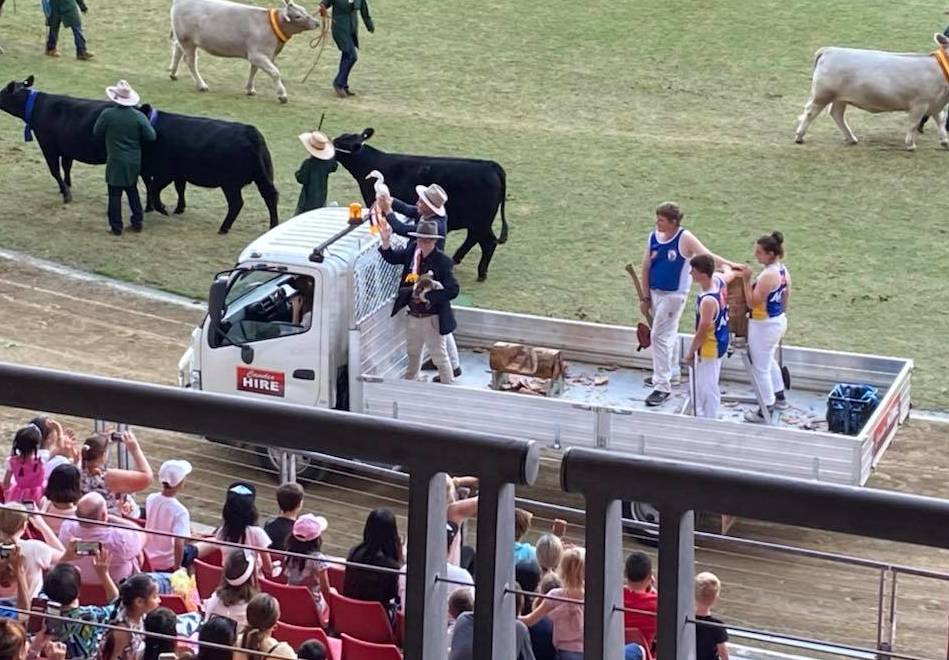 Special Prizes judge for the poultry, Gary Phillips, Gulgong said the duck was as close to perfection as he had seen in many years.

"I didn't give the bird the grand champion, it won it, it had to do everything right at the time and it did," Mr Phillips said.

"He fitted the standard requirements in every way, he was shown in immaculate condition, he stood as an Indian Runner should stand and he was well pen-trained."

Mr Phillips said in recent years waterfowl had made a real resurgence, with a number of very good breeders producing birds to a high degree of perfection.

"This has really given the popularity of the waterfowl a great boost, I'm sure now a waterfowl has won a major award at Sydney Royal it will only add to the interest of those who are breeding them," he said.

Coincidentally, Indian Runners were the feature breed of the poultry show this year which saw 1340 entries in total.

Mr Benn said the breed had a strong following in the exhibition world but were also suitable for backyarders, being prolific layers.

"Most poultry keepers aren't eating their birds, they want them for eggs and aesthetics and the Indian Runner meets them there," he said.