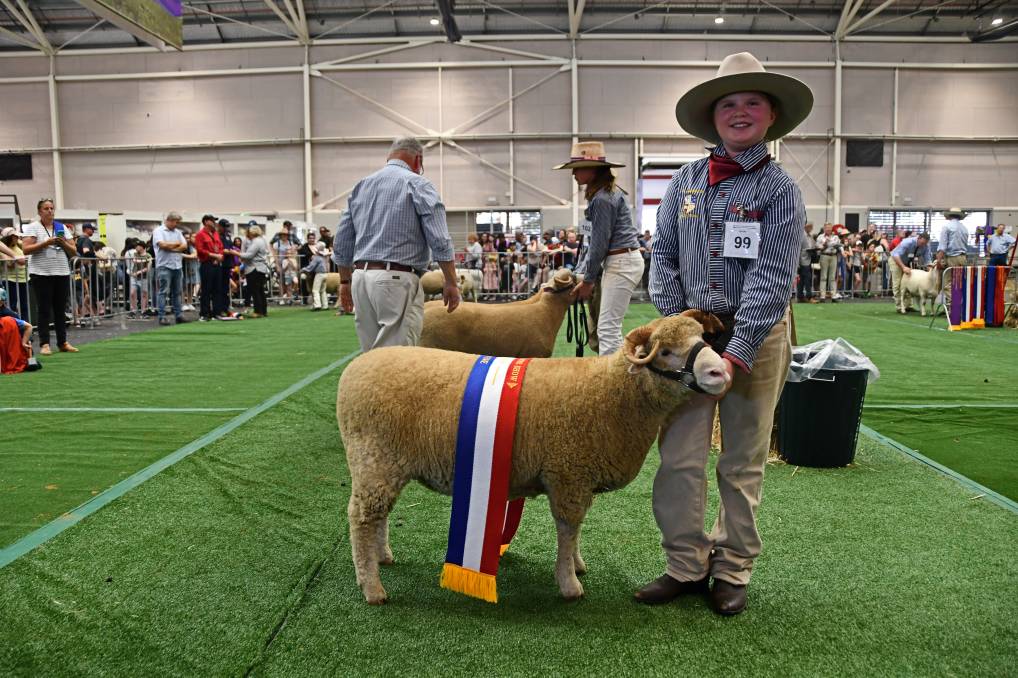 Exhibiting on behalf of Bimbadeen Park and Coolcappa, Coonabarabran, which was the only exhibitor in the competition, the kids took great pride in presenting their sheep.

The show was the culmination of a program run between the school and the stud, which teaches the kids how to prepare and present the sheep.

"I bring them in about four months before the sheep go anywhere and in the kids come such a long way in a short time, which is great to see. They also become really attached to the sheep and take a vested interest in them, honestly it is just a pure joy to see." 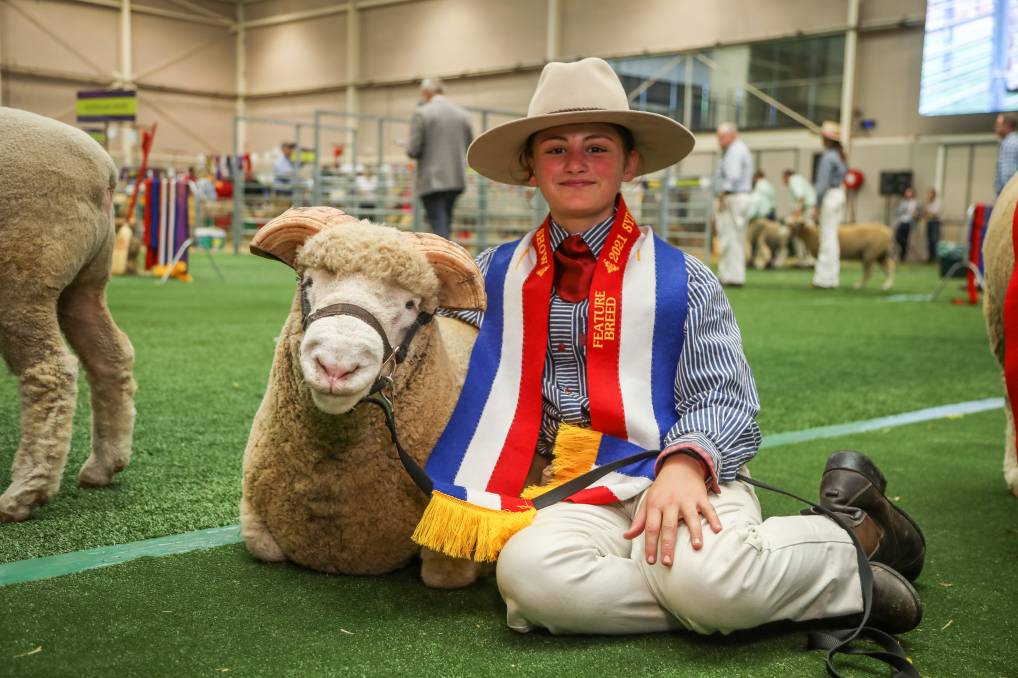 Judge Kelvin Cronk, Old Junee, was impressed by the nine exhibits, saying they were a credit to the breed.

"We've seen some really beautiful sheep and it is a credit to Sue and the team," Mr Cronk said.

"They've all been well boned, well muscled and their bone strengths have been fantastic."

As for the grand champions, Ms McGoldrich said both winners were "the complete package".

"It's tough to say what set those two apart from the others, they were quite meaty sheep and it is a meat breed," she said.

"They followed right through down the loin, into the rump and they have classy Dorset Horn heads.

"From here, we might go to Cowra and or Bendigo.

"It's a bit hard to know at this stage because they are so far away and there are just so many unknowns with coronavirus.

"We will just have to wait and see."