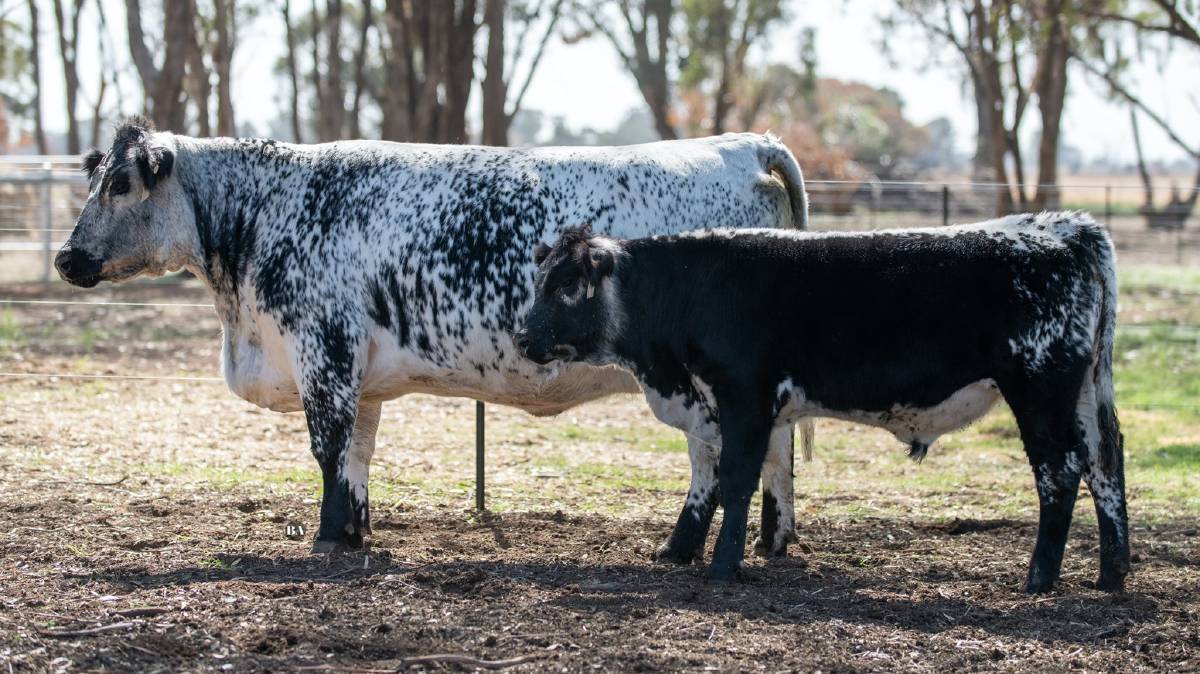 Jackungah Nellie N09 and her bull calf were bought by Gavin Lang, Mansfield for $57,000, a new world record for the breed. Photo: Emily Hurst

History was made on Friday evening when Jackungah Speckle Park, Pine Lodge, Vic sold a joined cow and calf for $57,000, a new world record for the breed.

"We never could have imagined it to be this good, we planned it to be a big event but this certainly exceeded expectations," Mr Nelson said of the results.

Jackungah sold their whole Q drop at the sale, Mr Nelson said the gutsy move was because they wanted to make a big impact on the breed.

"We knew there was some interest in her (Koda Q17) so we thought she might have topped it but she was outdone," Mr Nelson said.

Mr Nelson said as a three-in-one package, Jackungah Nellie N09, offered a lot of value to buyers, as well as being a very impressive cow in her own right.

"She was a hard one to sell, her dam's also a really good cow for us and is still breeding at 14 years old," Mr Nelson said. 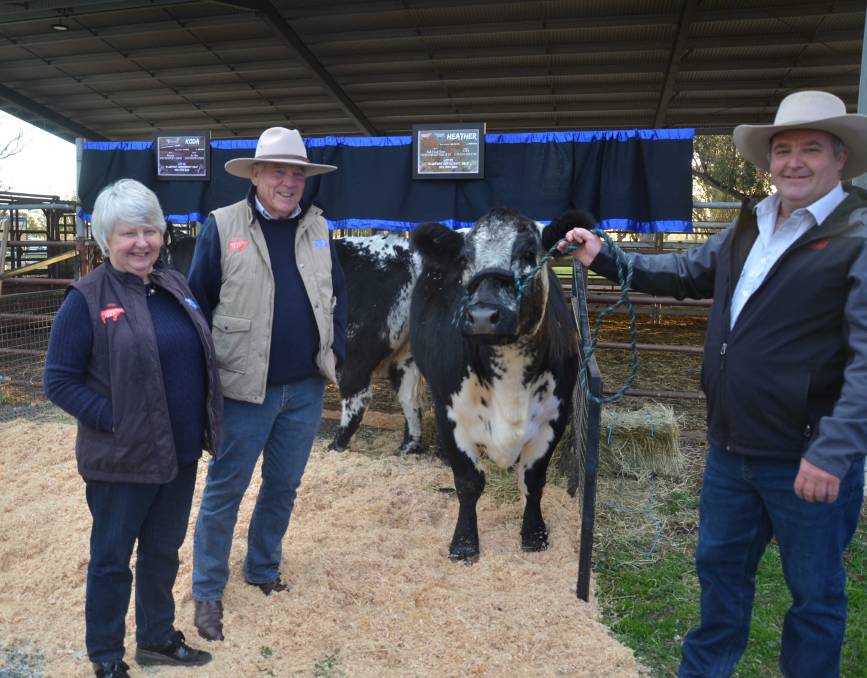 Nellie N09 was by Codiak Eagle GNK 46Y and her dam was Six Star SOS Eileen D102. She was joined to Canadian sire INC Breaking News 63F and her bull calf at foot was her second calf, with her first daughter sold earlier in the sale for $22,000.

Her purchaser, Mr Lang said it was her conformation that interested him and he hoped she would fast-track his herd's genetics.

"I bought this cow purely so we can flush her and use our Angus calves once they calve this spring to set them up," Mr Lang said.

Mr Lang, of Lang Constructions, said he currently ran 70 breeders and they sold into both the weaner and feeder markets, as well as trading cattle.

He plans to sell embryos from Nellie N09 and will offer the bull calf she was sold with at the Scone Speckle Park sale next year.

"I nearly cried seeing her go," Mr Nelson said of the heifer, who created buzz at Sydney after she was named junior champion.

She was by Jackungah Koda K01, who was the senior champion female at the 2017 Melbourne Royal Speckle Park Feature Show, and by a herd sire, Almarlea F160 Extreme M81, who the Nelson's picked out from the Scone sale. Koda Q17 was PTIC to Canadian sire INC Breaking News 63F.

Jackungah Quiet Achiever Q006 was the top priced bull to be offered, selling for $18,000 to Jason Hayes, Invergordon, Vic.

Ewyn Speckle Park sold three females for a top price of $26,000 and average of $20,333. Their top priced female was Ewyn 23e Sassafras R12, an unjoined heifer who was the first female in Australia from the Legacy Sassafras 97Y cow family.

The team at Baw Baw also bought a Jackungah heifer on the night, Jackungah Kassy Q03, for $25,000.

It was interfaced online with Elite Livestock Auctions which saw 203 registered bidders from across Australia and a total of 505 people tune in.