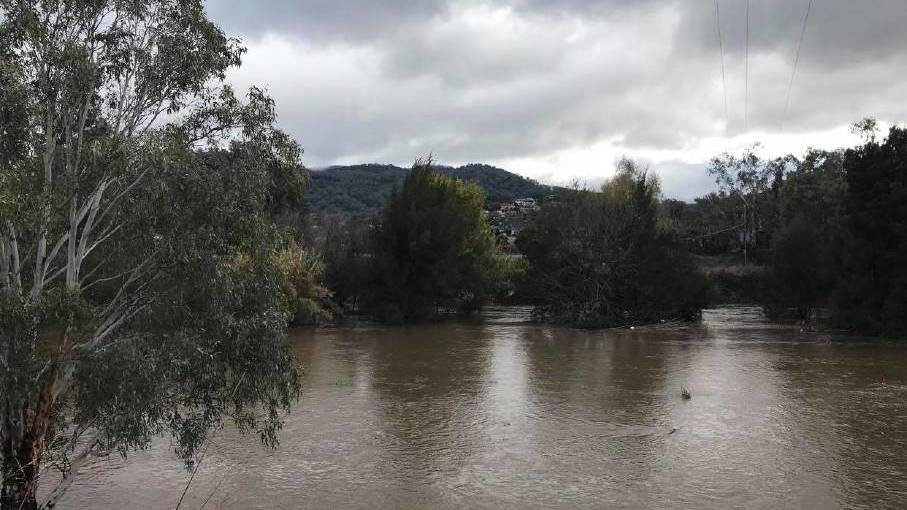 FLOODED: The junction of the Peel River and Cockburn River has flooded in Tamworth. Photo: Andrew Falkenmire

All that water and all that melted snow has to go somewhere!

DAYS OF soaking rain and heavy snow in the hills behind Tamworth have caused water to runoff and go surging into both the Peel and Cockburn rivers.

The two waterways meet just outside Tamworth, causing the Peel River to rage through the city on Friday.

A minor flood warning was issued by the Bureau of Meteorology (BoM) early on Friday morning, as the river level rose.

The Peel River lapped at its banks in places like Jewry Street when it peaked at 3.66 metres at about 1:30pm on Friday, which is a minor flood.

The State Emergency Service (SES) issued a fresh plea for residents to be careful on the roads and never drive through floodwater, after responding to three rescues in 24 hours.

A number of roads across the Tamworth region were closed on Friday due to flooding, including Daruka Road, Whitehouse Lane, Burgmanns Lane, Appleby Lane and Wallamore Road.

The head of the Peel River, near Nundle, clocked more than 100mm of rain across three wet days on Tuesday, Wednesday and Thursday.

Tamworth recorded 67.2mm in the same time period, according to data from the BoM weather station at Tamworth airport.

That's almost triple the amount of rain that fell on the city during the whole month of May.

The Peel River at Piallamore has been flowing at a depth of less than one metre throughout the week, but peaked at more than 3m on Friday morning.

Water surging down the Peel River from the hills around Nundle ends up plugged up in Chaffey Dam. 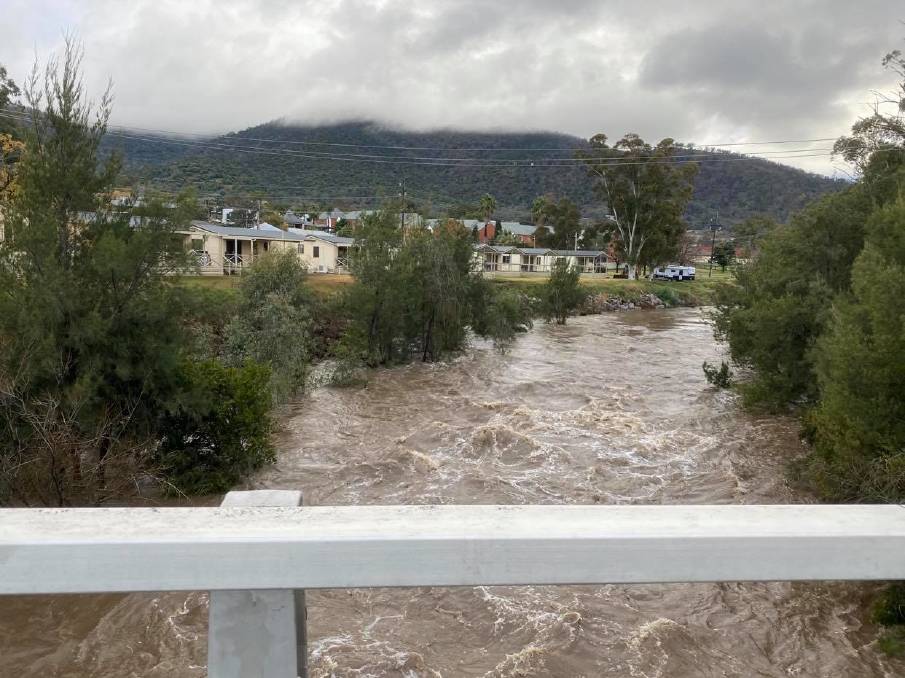 RAGING: The Peel River was boosted by rain and snow in the catchment during a wet few days, causing a minor flood in Tamworth. Photo: Anna Falkenmire

Rain in the catchment area has brought a significant boost to Tamworth's main water supply.

In the 24 hours to 9am on Friday, more than 5800ML of water had gushed into the dam, with more on the way as snowfalls melt.

That's enough water to fill an Olympic swimming pool more than 2300 times and has boosted the dam by more than five per cent.

Chaffey Dam had been hovering around the 58 per cent mark for some time, but started rising rapidly on Thursday and had hit 66.5 per cent by Friday afternoon.