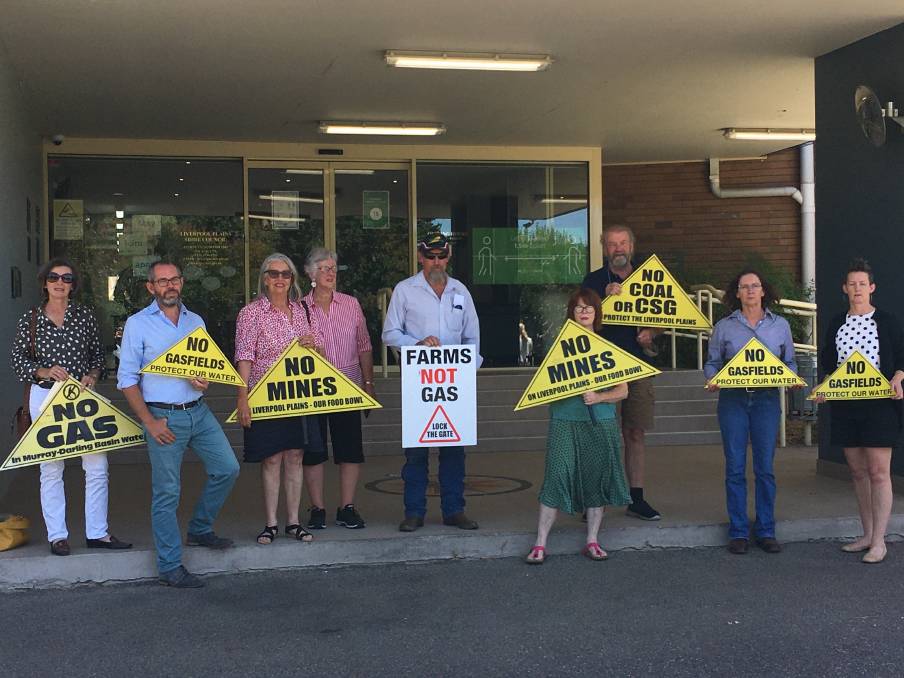 Lock the Gate will host the protests. Photo: Billy Jupp

The demonstrations will be held in Tamworth and Moree on June 30.

PRODUCERS and landholders calling for expired exploration licences to be cancelled are set to take their fight to the streets next week.

Demonstrations calling for the zombie petroleum exploration licences (PELs), which cover millions of hectares of the state to be cancelled have been slated for Moree and Tamworth next Wednesday, June 30.

Hosted by Lock the Gate Alliance, the protests will be held outside Tamworth MP Kevin Anderson's office, as well as in front of Northern Tablelands MP and NSW Agriculture Minister Adam Marshall's Moree office.

The locations have been chosen because the majority of the zombie PELs sit in the two electorates.

Both MPs have previously spoken out in favour of cancelling the zombie PELs, with Mr Anderson saying in January "I certainly don't want any coal seam gas in the Tamworth electorate, I want those PELs squashed."

Mr Marshall shared similar sentiments in October last year, saying "let's just get rid of them, remove the uncertainty and allow people to get on with their lives."

A third demonstration on the same day in front of NSW Deputy Premier John Barilaro's Sydney office is also in the works, however may not be able to go ahead due to the city's current COVID-19 outbreak.

"These communities have been waiting too long already for the Deputy Premier to extinguish these expired licences. National Party representatives have said they want these licences gone," Lock the Gate NSW spokeswoman Georgina Woods said.

"A piecemeal approach to these licences won't cut it - every single one needs to be extinguished.

"Santos has been banking these licences for years contrary to government policy and at the expense of regional communities. We can't allow the north west to be sacrificed to coal seam gas."

The demonstrations will begin at 12.30pm.