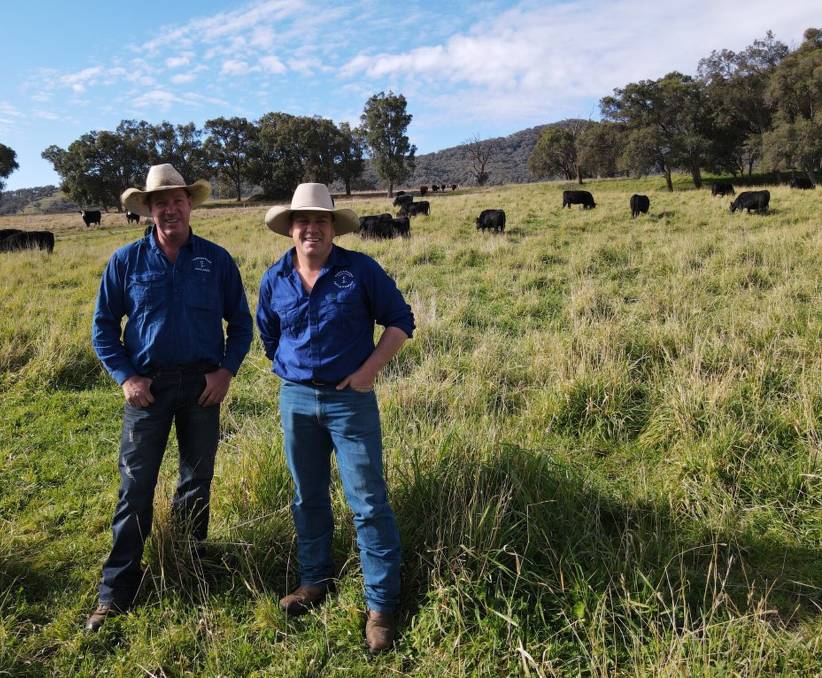 Respect and loyalty are important to Mick Kelsall.

And this is how the general manager of Parraweena Highlands Cattle Company treats both the people he works with and the cattle he cares for.

Meanwhile its sister company Marengo Pastoral breeds at Bundabah, Armidale, and then finishes on Marengo Station, Hernani. Apple Tree Flat, which is 200ha on the Clarence River at Grafton, grows fodder, corn, sorghum and soybeans.

Transforming the operations of the properties has been a real passion for Mr Kelsall, who has spent his life on the land. "I've been around cattle, horse and dogs, and climbing around machinery ever since I can remember," he said.

He is a heavy vehicle mechanic too, which comes in handy.

And Mr Kelsall has great plans for Parraweena Highlands, and that includes continuing to improve the Angus herd. Just under 700 mostly Angus and some Black Baldy breeders run at Parraweena, with the last remnants of the Herefords. His reasons for moving towards Angus were simple.

"It makes it very easy to market at the other end if you've got Angus," he said. "I also like consistency, and having Angus means there are no leftovers."

It makes it very easy to market at the other end if you've got Angus. I also like consistency, and having Angus means there are no leftovers. - Mick Kelsall, Parraweena Highlands Cattle Company

When Mr Kelsall began overseeing the properties, he wanted to drought-proof as much as possible. This meant working on water and weed projects, fencing and being involved in deer culls.

He has also carried out plenty of work on pastures, including soil testing and sowing tropical grasses. But something else he wanted to do was to reduce the size of the breeders in the self-replacing herd.

"I wanted to bring the cow frame score back one," he said. "I just wanted to downsize their frame, but still genetically produce a heavy weaner."

He also began to streamline the bull program, and decided to buy only Angus bulls. "I didn't want heavy bodies," he said. "I wanted a moderate-framed, deep bull."

Marengo Pastoral was already using Eaglehawk Angus stud, Glen Innes, bulls, and so he invested with the stud for Parraweena.

"They produce the calf I'm after," he said. "They produce a small calf that grew like mad when it was weaned. And it doesn't plateau. It just keeps on growing. Their bulls also get around the hills easily. They just got out and worked."

He said focusing on frame scores and heifer selection was paying off. "The data is telling us we are on the right track," he said. "I like making decisions with information."

Parraweena has a split joining, with bulls going out for three months from May 25 and August 25. Cows are pregnancy tested, with empty cows and older cows culled. This means there are two lots of weaners in November and April.

Keeper heifers remain at Parraweena and are joined when they reach over 320 kilograms, while the remaining heifers and steers are moved to Glen Etive. They also trade cattle at Glen Etive. CRACKING: Parraweena Highland Cattle Company's Angus calves sold at the Dorrigo weaner sale for an average of $1720 a head.

Mr Kelsall uses rotational grazing and sustainable farming practices, and so keeping an eye on ground cover is very important.

He said concentrating on pasture measuring and grazing times were crucial, following lessons learned after the drought. "We try to focus on groundcover, organic matter and water retention," he said. "I like to leave a lot of residual feed."

Most of the finished heifers are sold to Woolworths, while the steers are sold to Whyalla Beef feedlot or Kerwee feedlot. They are usually sold at 16 to 18 months and about 460 to 470kg.

He said the black baldy heifers were ideal for the Woolworths market. He has also supplied Dorrigo butchers at times, and had great feedback in regards to meat marbling and colour.

Calves weaned this April were 7 or 8 months old and averaged 294kg. "They were very even, and one line. I don't want a big spread," he said. The way the cattle are handled is also important to Mr Kelsall. "I'm into low-stress stock handling and good education," he said.

Weaning is a time where Mr Kelsall's dedication to low-stress really comes to the fore. He has developed an intensive 10- to 14-day weaning program to help the calves make the transition from a milk-based diet to a grass-based diet as smooth as possible. 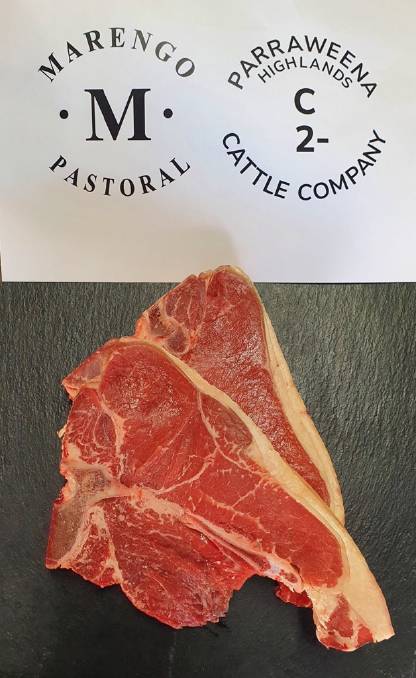 HIGH QUALITY: Mick Kelsall says he has had great feedback about the colour and marbling of their Angus beef.

For the first four to five days, the weaners are kept in a bigger yard, where they are handled, walked through the yards, as well as being supplied with high nutrition feed and supplements.

Next they are moved to a larger holding paddock, still with a focus on nutrition, but are brought back to the yard at night for at least five days. After this, they are inducted into the TSI program.

Mr Kelsall said their performance cattle were also weighed every four to six weeks, so this data could be compared to their pasture data to help make informed decisions on carrying capacity. "The two lots of information go hand in hand," he said. Mr Kelsall said the low-stress process was incredibly important. "We are setting them up for life," he said. "It's so when they go to a feedlot, they are used to being handled."

And for a young man, Mr Kelsall is quite traditional, and has a lot of respect for the people he works for, as well as the five overseers on the properties.

"I really respect people who invest in Australian farms. I've had good support in the past from my bosses, and now they've become friends," he said. "I also have an exceptional team. Luke McWilliam, the overseer, and Scott Fitzpatrick, the lead stockman, have been incredible. It's great to have good, reliable overseers. We have had some challenges to overcome and Luke has shown he is able to apply himself and adapt to any situation."

"I pride myself on treating people well."