The Tamworth MP doubled down on his desire to see zombie PELs extinguished in his electorate. 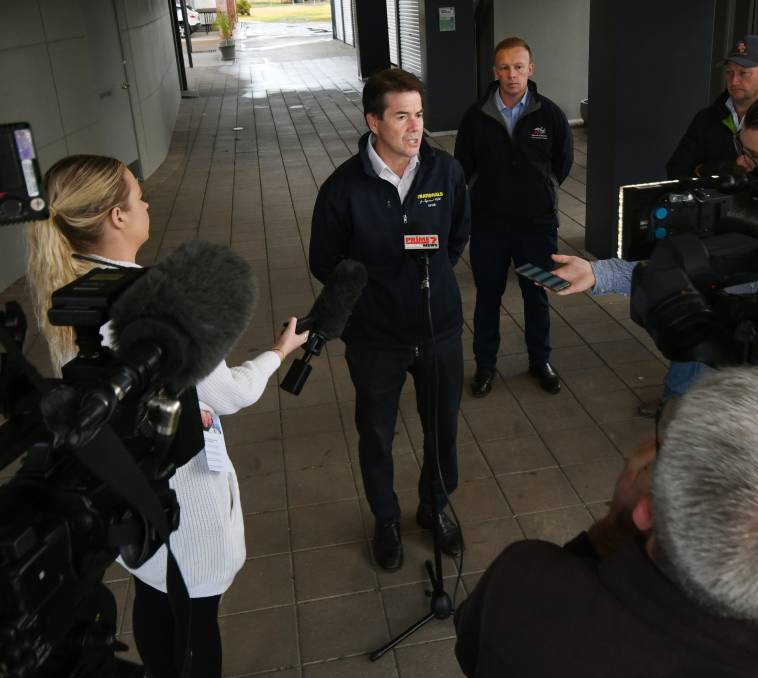 Tamworth MP Kevin Anderson has doubled down on his calls to slay the zombie PELs in his electorate. Photo: Gareth Gardner

ONE NSW Minister has doubled down on his calls to extinguish expired extraction licences in his electorate.

Tamworth MP Kevin Anderson has stood behind his calls from January this year for the state government to "squash" the zombie petroleum exploration licences (PELs), at least in his electorate.

"It is 100 per cent still my position," Mr Anderson told The Land.

"I don't want coal seam gas in the Tamworth electorate.

"There are CSG operations up around Narrabri and that neck of the woods, which is the appropriate place for them.

"I don't believe it should be anywhere near my communities in the Tamworth electorate and I will keep saying that until the cows come home."

The NSW Racing, Better Regulation and Innovation Minister's comments come after an Upper House inquiry into the zombie PELs had begun earlier this month.

The state government was heavily criticsed by Independent MP Justin Field for failing to front that hearing.

"The community has the right to be pissed off they didn't show up to explain how they'll deal with the threat," Mr Field said earlier this month.

"It's a real sign of disrespect to those living with the uncertainty of zombie PELs for more than a decade.

However, Mr Anderson defended the government saying he would "do what I need to do at a local level to protect my communities".

"I'm not here to grandstand in front of an Upper House inquiry, I'm here to look after my people and my communities, which is what I do every day of the week."

NSW Nationals leader and Deputy Premier John Barilaro has said the future of the zombie PELs would be made clear once the state government releases its gas plan.

However, Mr Anderson said he was unware of when that plan would be revealed.

"He [John Barilaro] will announce that when it's ready," he said.

"I'm sure it is still in progress and we will wait for that announcement."

The push to extinguish the zombie PELs came right to Mr Anderson's front door last month when a group of concerned landholders calling for the government to act gathered outside his Fitzroy Street office and the Moree office of Northern Tablelands MP Adam Marshall, who has also called for the zombie PELs to be canned.

"That sentiment has been strong in the community for many years, that's why it's something that I am very strong on," Mr Anderson said.

"The beauty of democracy is people being able to voice their concern without fear or favour, I welcome that and I have a lot of people who express their views to me regularly.

"To have that crowd outside my office shows me they really want to express their view, I welcome that and I respect their views."

Sponsored by
Well-known sports brands, global fashion labels and renowned department stores in the US and elsewhere are distancing themselves from Xinjian cotton and cotton products.
Test
Angus Australia has made the difficult decision to postpone the Verified Black Angus Beef BBQ Competition, set to now take place in November.
Test
Another three months of above average rainfall
Test
Tender being set up for exporters to bid on small number of available cattle
Test
The bookies have it, two out of three: La Nina will be the dominant Pacific basin in the three-month period of March to May 2022.
Test
The federal government is committing $12.2 million in funding to entrepreneurs around the country, including some in the agtech industry.
Test
Record high domestic cattle returns could stay around well into 2022 if cattle industry analysts are correct in suggesting global beef availability is set to remain tight this year.
Test
New research to tackle sorghum lodging, regarded as the industry's greatest concern.
Test