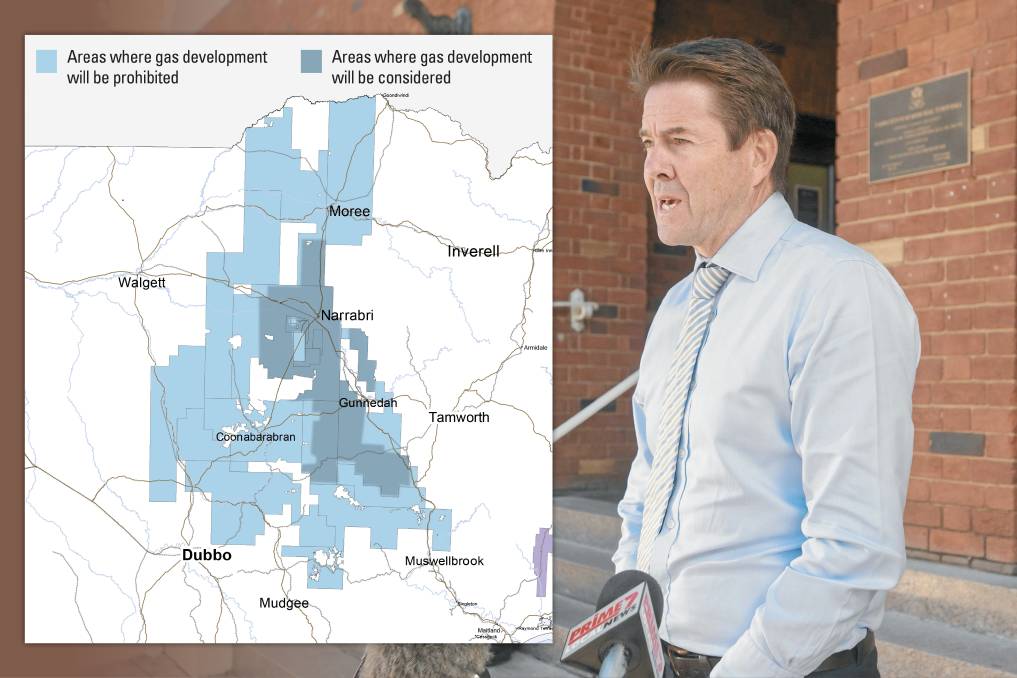 Most of the remaining zombie PELs sit in Tamworth MP Kevin Anderson's seat, or will pending expected rezoning of electorate boundaries.

Most of the remaining zombie PELs sit in the Tamworth MP's electorate.

THE NSW government's recent Future of Gas plan may have eliminated 77 per cent of expired gas exploration licenses across the state but one electorate is shouldering the load when it comes to those that remain.

The majority of the remaining expired petroleum exploration licenses either currently sit or are expected to sit in the Tamworth electorate of Nationals MP Kevin Anderson depending on the expected rezoning of electorates.

The NSW Racing and Better Regulation and Innovation Minister said he had mixed feelings regarding the Future of Gas statement, which was announced by NSW Nationals leader and Deputy John Barilaro last Wednesday.

"The fact there was a significant portion of the state's PELs reduced was great news for those on agricultural land," Mr Anderson told The Land.

"[However] my views have not changed, I've made it very clear to the Deputy Premier and to the government that I don't want coal seam gas in the Tamworth electorate."

The Deputy Premier's announcement drew condemnation from various parts of the agricultural sector, including the Country Women's Association and NSW Farmers.

However, Mr Anderson said the government's recent track record of cancelling potentially harmful projects would hold it in good stead in ensuring prime agricultural land would be protected.

"I think about what we've managed to achieve so far with Shenhua pulling up stumps and leaving, and I think about BHP Caroona, which was stopped as well, they were a blight on the landscape that has been removed," he said.

"NSW has some of the most vigorous and robust environmental hurdles to get over in the country and I stand on those and the science that backs it."

It is not the first time Mr Anderson has spoken out against the zombie PELs, most recently doubling down and saying his position on them had not changed.

The announcement, coupled with Mr Anderson's views prompted Shooters, Fishers and Farmers MP Roy Butler to offer to work with any Nationals MPs who may be against the zombie PELs.

However, when asked by The Land if he would be interested in taking up Mr Butler's offer, Mr Anderson said he would "keep representing my communities that don't want it in our area".

"I stand on my record which includes getting rid of Shenhua and BHP Caroona when we worked hard to back the science in relation to these kinds of projects," Mr Anderson said.

"I've always backed the science and if the science doesn't stack up, the project shouldn't go ahead.

"NSW has some of the most vigorous and robust environmental hurdles to get over in the country and I stand on those and the science that backs it.

"Again, these PELs don't even have an application for exploration, so we will continue to monitor them.

"It's a commercial decision between Santos and the government and I will continue to do what I need to do to represent my community. "