Tropical grass or lucerne hay in the same shed as hay cut from cereals is left alone by mice who decimate the cereal hay. 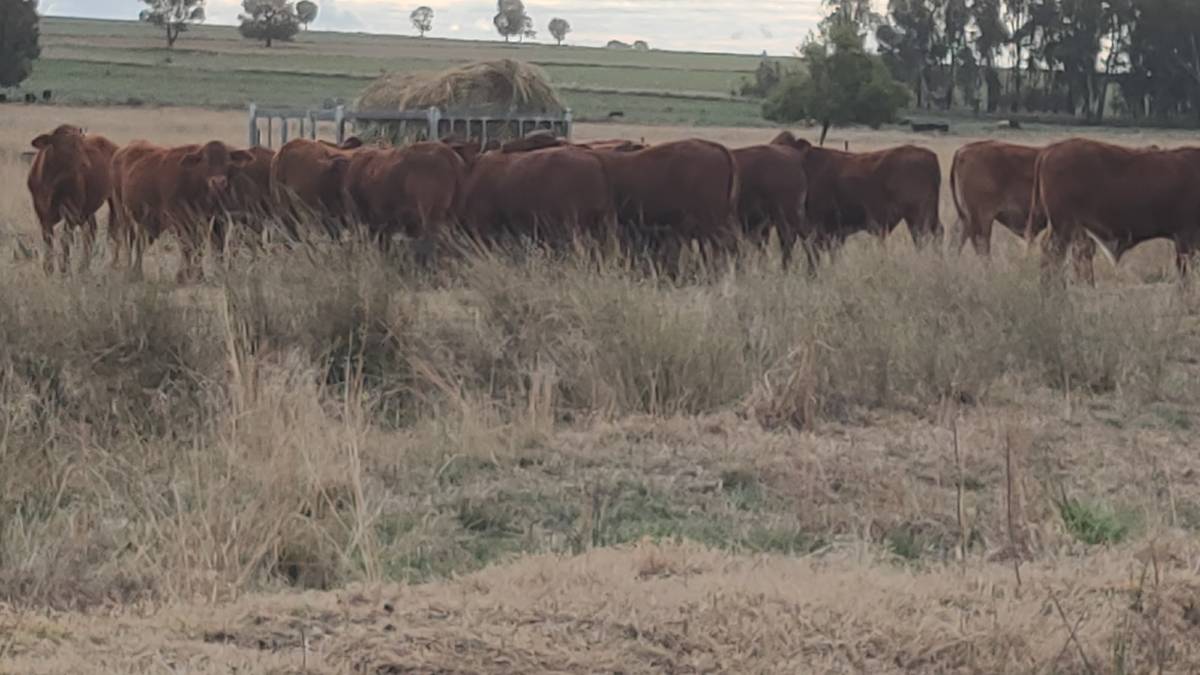 Steers relishing tropical grass hay, in this case Premier digit grass baled in 2020, with protein of 12 per cent. Often better than cereal hay and less prone to mice damage.

IS THERE anything we can do to reduce the risk of massive hay losses that occurred on some properties as a result of the recent/current mice plague?

One option to give more thought to is type of hay and growth stage hay is cut. 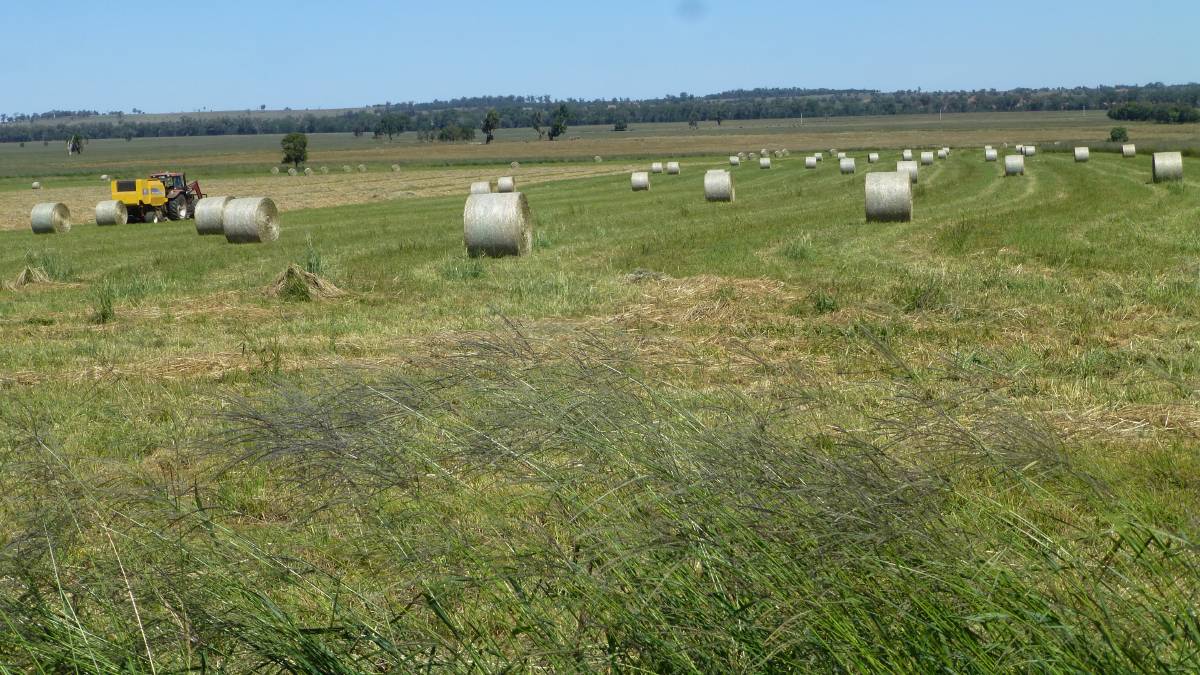 Sam Clifton in 2020 baling Premier digit grass hay on our property. Yield was 6.2 tonne/hectare and quality has been excellent.

Many farmers I have spoken with report almost no major losses from mice attack with tropical grass and lucerne hay. Some farmers have told me they have had tropical grass or lucerne hay in the same shed as hay cut from cereals with cereals decimated but not the pasture hay.

Even with cereal hay some have reported greater losses from cereals cut at a more grain developed stage than earlier cut hay, although in some cases it appears any sort of head development has attracted mice. Like all crops and pastures used for hay, quality depends greatly on soil fertility and stage of plant growth.

In our own case we have tropical grass made in tight round bales stored from the 2020 season with no significant mice damage despite heavy mice populations in surrounding paddocks and around sheds. Also pasture legume hay from the 2016 spring season, also in round bales, has also largely escaped damage. One of our district's biggest lucerne hay producers and major retailers, Dick and Anthony Ord, Marombi, Coolah, also reports largely minor damage to their lucerne and tropical grass hay, in contrast in their district to a lot of major mice losses in stored cereal hay.

Tropical grass hay, like temperate grass hay, is normally not as high quality as lucerne or other pasture legume hay. However well-made and stored it never-the-less can commonly be better quality than typical cereal hay and result in excellent animal performance. Lucerne is typically around 20 per cent protein or a little better (on a dry matter basis) but like most hays can be much higher or lower (the importance of feed testing for high stock performance). Metabolisable energy (ME) is typically around 9.5 megajoules/kilogram, again a good figure.

Research at Tamworth Agricultural Research Institute (TARI) recorded Premier digit grass tested 13.6pc protein with energy levels of 9.1 MJ/kg-matter. Leaf portions have been over 17pc protein. While not in the same category as well made lucerne these figures indicate excellent feed quality, good for animal growth and well above maintenance requirements. Commonly these quality parameters (and others like digestible drymatter and neutral detergent fibre) are well above typical cereal hay, but again, note all hay quality can be highly variable depending on many factors.

Hay or silage quality varies according to stage of cutting as well as soil fertility. Some farmers bale tropical grasses after harvesting for seed. Such hay is relatively low quality but is more than useful for feeding with lush lucerne or with supplements in drought. Cutting at pre-flowering generally results in higher quality hay but less quantity.

Hay and silage quality will also reflect not only soil fertility, but aspects of grazing management, establishment success and weed and pest levels. The better the management the more the opportunities to cut for high quality fodder.

Weather conditions can alter best made plans for making high quality hay. In our case in 2020 when near neighbours Sam and Megan Clifton were harvesting our Premier digit for hay, regular showery or wet weather through February delayed cutting by a couple of weeks until a clear weather forecast was indicated. That probably resulted in a drop of one to two per cent in protein, and perhaps a small drop in digestibility. However yield was up (6.2t/ha) and it was relished by livestock indicating no loss in palatability.

High quality tropical grass pastures, like their temperate perennial grasses in their favoured environment, in good years present excellent opportunities to provide cheap high quality hay. As this year has shown less favourability to mice damage has also been a big plus.

Next week: Climate variability has always been with us.