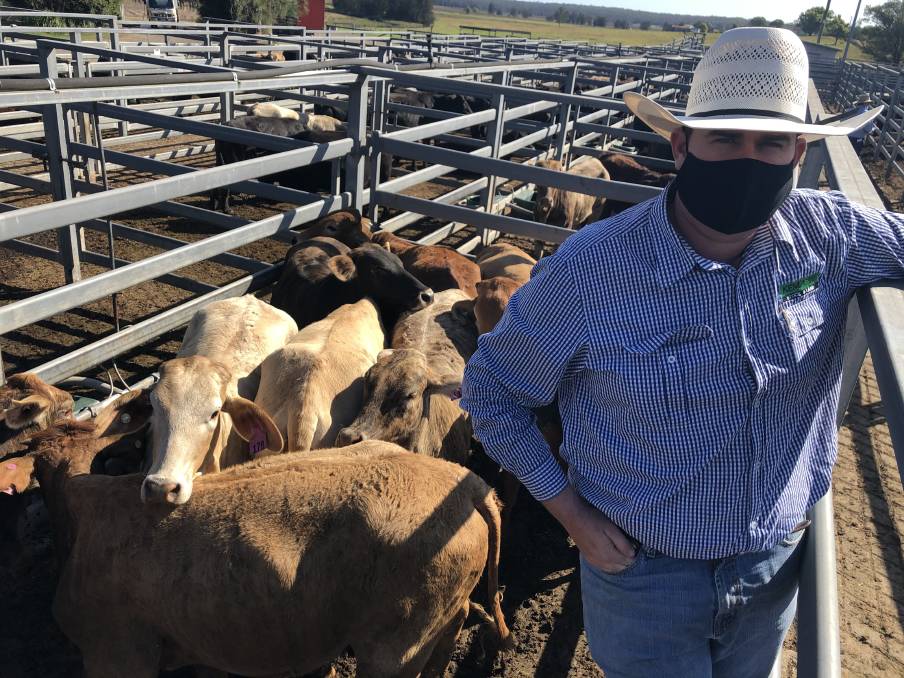 Prices for cows sold via prime sales have zoomed past the $4000 a head mark at numerous saleyards across NSW in the past week.

PRICES for cows sold via prime sales have zoomed past the $4000 a head mark at numerous saleyards across NSW in the past week.

The NSW Cow Indicator also lifted another 10 cents a kilogram to sit at 367c/kg early this week.

A single heavy Hereford cow sold by the Cooper family, Tamworth, attracted spirited bidding at the Tamworth sale on Monday hitting a market top of $4114.

It tipped the scales at a hefty 1040kg and was knocked down at auction for 398c/kg.

"Cows at the higher end of the condition scores and carrying plenty of weight showed the greatest improvement," he said.

In cents a kilogram the top of the Tamworth cow market was at about 416c/kg.

Cows also climbed above 400c/kg during the Forbes prime sale on Monday.

MLA reporter Graeme Richard said the cows were in mostly heavy three and four score condition and gained 6c/kg at Forbes, to sell from 406c/kg to 429c/kg.

Saleyards in the south of the state are out in front when it comes to the highest average price for females selling to processors.

MLA's regional cow indicator for southern NSW was on 384c/kg early this week, well above the NSW state average.

A small group of processors operated on the cow market at Wagga Wagga's sale on Monday according to MLA reporter Leann Dax.

Meanwhile, the disruption to the selling schedule at Dubbo saleyard last week didn't affect the momentum of the upward cattle market.

Due to workers at the Dubbo saleyard testing positive to COVID-19 last week, the regular Thursday prime sale was moved to Saturday.

The Saturday sale attracted a much bigger yarding but it didn't dampen prices for cows.

MLA reporter David Monk said even the secondary cows were 5c/kg dearer while the prime heavy weights sold to a firm trend.