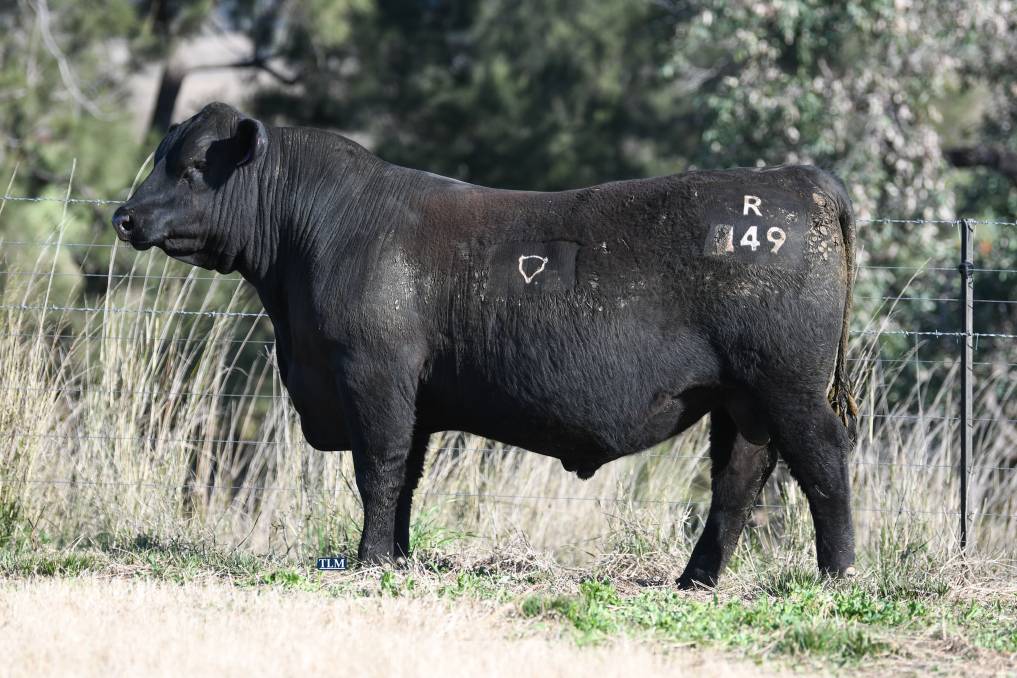 Choice R149 was sold for a new stud record top price of $30,000 to long-term clients the Thompson family of Belang, Coolah. Photo: supplied

CHOICE Angus held their fifth annual yearling bull sale online via AuctionsPlus, in which a large number of new and repeat buyers fuelled the bidding to result in two new stud bests for the Pallal based operation.

An increased offering resulted in eight more sire prospects up for bids this year compared to 2020, with all 55 bulls on offer sold for a 100 per cent clearance, a new stud record top price of $30,000 and new stud record average of $10,673.

The average was up $2992 which made vendors Tim and Bec Brazier of Choice Angus very happy with the Helmsman style sale that moved solely online due to the COVID-19 lockdown and recent relocation of the stud.

A scorching stud top price of $30,000 was paid for Choice R149 by long-term clients the Thompson family of Belang, Coolah.

Sired by Baldridge Beastmode B074, the 14-month-old weighed 695 kilograms with a rib and rump fat measurement of nine millimetres and 6mm, and an eye muscle area of 102 square centimetres.

The thick, deep-bodied bull with soft skin, and clean shoulders was ranked in the top five per cent for 200-, 400-, and 600-day weights and Domestic Index, and top 10pc for mature cow weight, retail beef yield and the Angus Breeding and Heavy Grass Indexes.